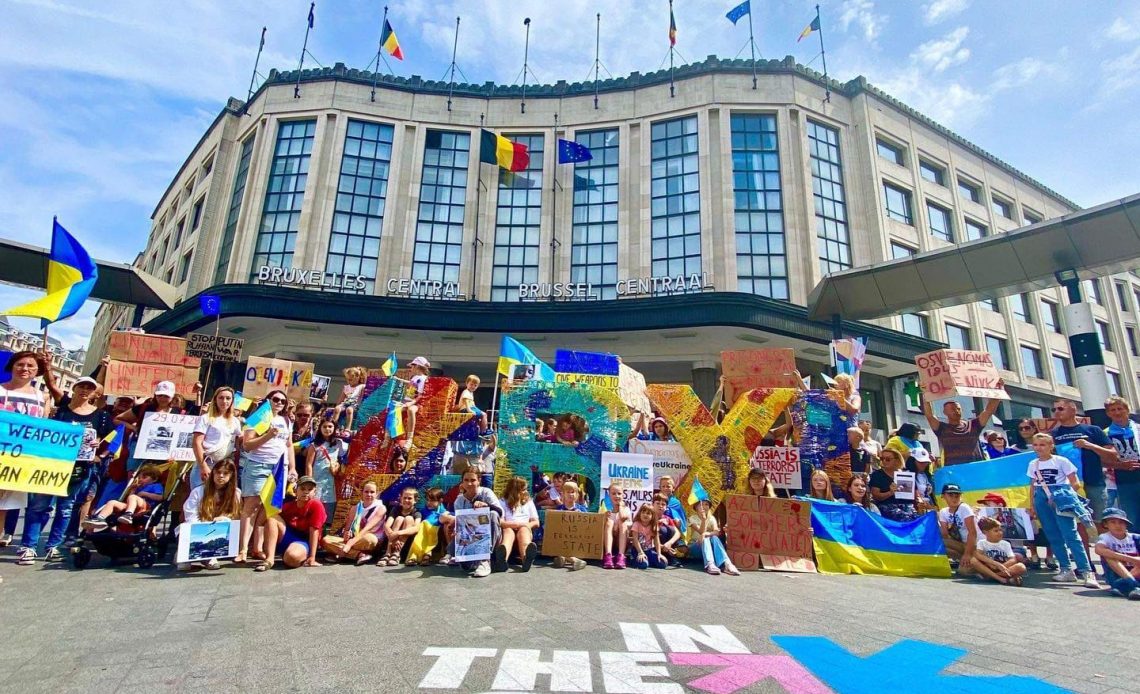 Activists from Belgium-based NGO Promote Ukraine have started a protest against Russia’s alleged bombing of a prison in Russian-occupied eastern Ukraine, which resulted in the deaths of at least 40 prisoners. Many of them fought with the Azov battalion in the defence of the city of Mariupol.

Gathering in central Brussels, some 170 Ukrainian activists voiced their opposition to the attack, as well as other Russian attacks against Mykolaiv and Kremenchuk, which they labelled as “murders” and “atrocities.”

“Russia is torturing Ukrainian military and civilian prisoners,” the event organisers stated. “Russia burns and attacks the places of their temporary detention in order to hide crimes, to hide the prisoners tortured to death.”

Both Russian and Ukrainian authorities are accusing each other of having carried out the attack against the prison. Ukrainian President Volodymyr Zelensky said on 29 July that the attack in Olenivka was a “deliberate war crime by the Russians.”