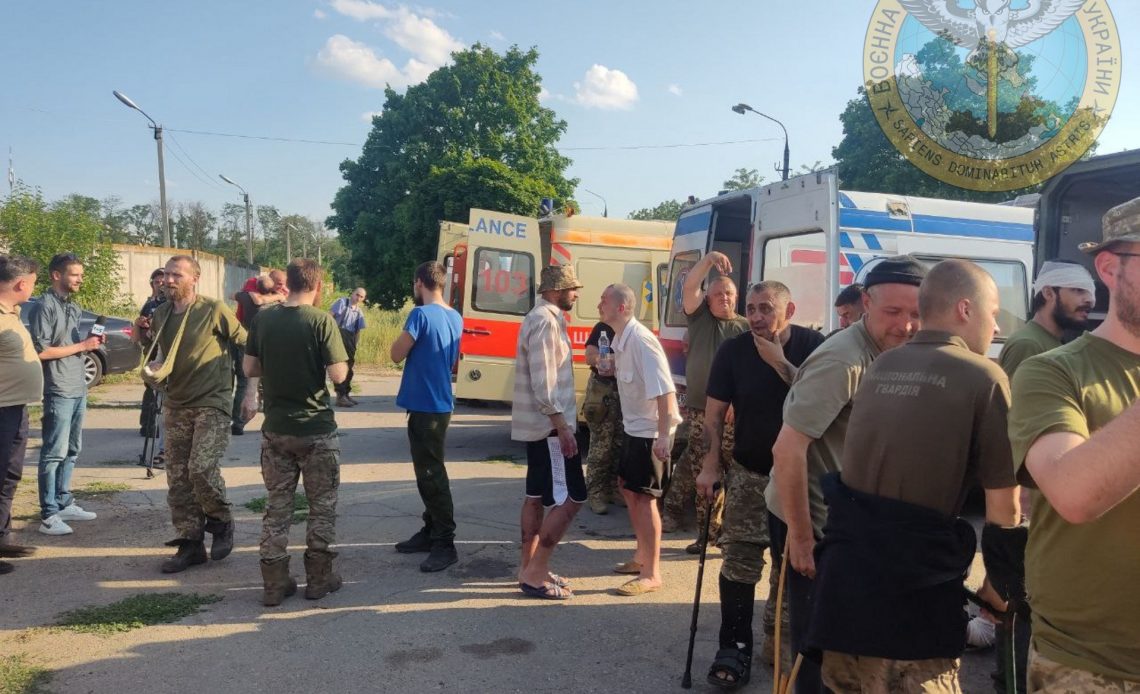 The Ukrainian authorities conducted the largest POW swap since the beginning of Russia’s full-scale invasion. A total of 144 Ukrainian defenders returned home.

“Out of 144 service members released, 95 are the defenders of Azovstal, including 43 members of the Azov Regiment,” the Chief Directorate of Intelligence of the Ministry of Defence of Ukraine informed with reference to the Coordination Headquarters for the Treatment of Prisoners of War.

There are 23 officers and 69 service members of the sergeant and petty officer ranks among those released. The oldest is 65 years old, the youngest is 19 years old.

“Most of the released Ukrainians have serious injuries: gunshot and shrapnel wounds, mine blast injuries, burns, fractures, amputations of limbs. All of them receive appropriate emergency healthcare and psychological assistance,” the intelligence agency said.

The Coordination Headquarters for the Treatment of Prisoners of War continues its work on the release of all Ukrainian POWs.