A Case for Ukraine’s EU Candidacy 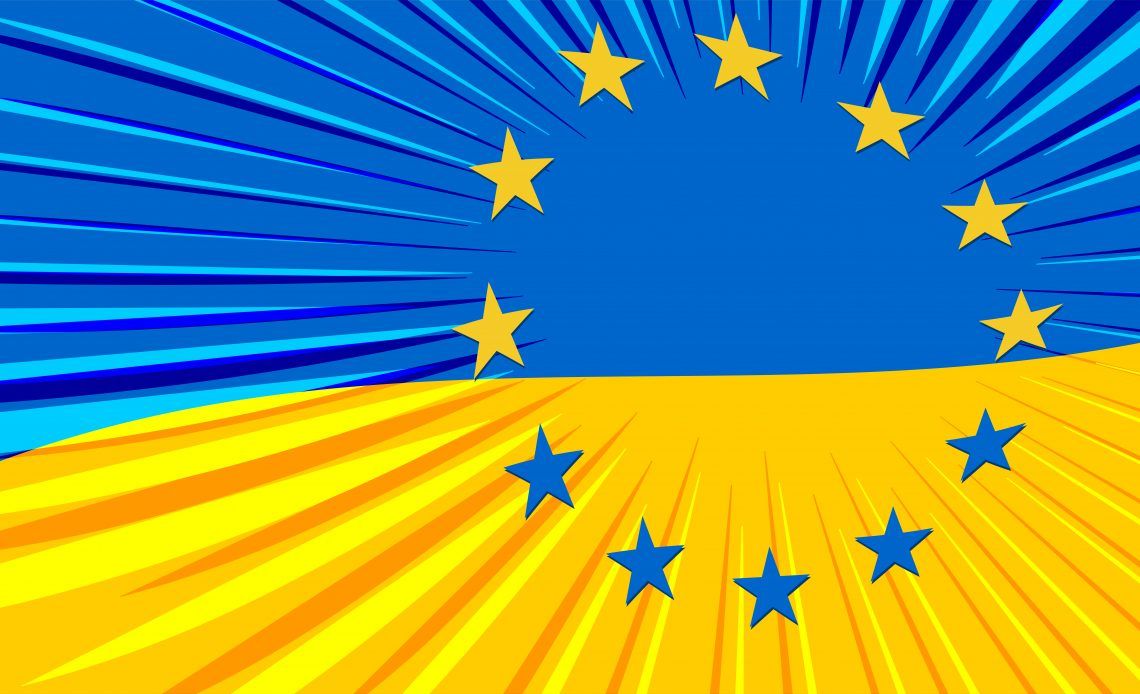 On 23 June, the member states of the European Union must make a historic decision and grant candidate status to Ukraine. In the following paragraphs, we discuss why this step is long overdue and what are the risks for the European Union if it fails to live up to the expectations of the moment.

Standing up for European values: Revolutions of 2004 and 2014

In a world that is changing faster than ever before, it is easy to forget that Ukraine’s fight for European values dates back to at least 2004. Following a fixed presidential election under Kremlin influence and a lack of action from the President, Leonid Kuchma, Ukrainians revolted. Corruption and bad governance were also rampant. Through a peaceful popular resistance known as the “Orange Revolution,” Ukrainians defended democracy and made a way for a pro-democratic and pro-EU President, Viktor Yushchenko. Ukraine’s “Orange Revolution” became the most significant democratic movement on the territory of the former Soviet Union. It firmly rooted Ukraine’s future not as a Russian autocracy, but as a democratic and European country.

In 2014, Ukrainians rose up to defend European values again. They took to the streets after the pro-Kremlin President rejected the EU Association Agreement. In return, peaceful Ukrainian protesters were brutally attacked on the streets of Kyiv. This only increased people’s determination to defend and protect their freedoms. Following the escape of the President and his proxies to Russia, “Revolution of Dignity,” became a second democratic success story in less than 10 years and a failure of Putin to establish a Russian autocratic sphere of influence in Ukraine. Occupation of Crimea and start of the war in Donbas in 2015 were Putin’s revenge.

Defending Ukraine and European values on the battlefield

On 24 February 2022, Russia waged a full-scale war against a peaceful, democratic and sovereign country. Putin has chosen war as a last resort to dominate Ukraine. However, once again he underestimated the will of Ukrainians to fight for freedom and democracy. In spite of unspeakable acts of atrocities (i.e., mass graves, extrajudicial killings, filtration camps, forced deportations, and rape of Ukrainian women, girls, and children), Ukrainians are herocially resisting against the country that is 28 times larger than their own. They are on the frontlines battling totalitarianism, autocracy, and a new wave of fascism, led by Putin, that wants to destroy an independent nation and its people and threatens the entire free world. Ukrainians are fighting and dying for European values and democratic freedoms every day so that their children and grandchildren can live in a free, democratic country, and call themselves European citizens.

What’s at stake for the EU?

It is the time that the EU recognises the sacrifices that Ukrainian people are enduring by including them into the family. The EU candidacy will help boost morale and give Ukrainians hope for a future, strengthening Ukraine’s position in this war. Furthermore, the EU confronts the irrefutable multilateralist truth: Ukraine plays a crucial role in the name of collective security on the European continent. For this reason alone, it should do everything possible to strengthen Ukraine. Considering the cost of sanctions and other measures the EU is currently taking against Russia, granting Ukraine candidate status is both the simple and least expensive solution.

Liberty, equality, and the right to self-governance are all on the line as Russian violence rips across Ukraine and sweeps over Europe. Ukrainians fight the good fight so that Europe does not have to. If Ukraine triumphs, so does democracy. If Ukraine falls, the international status quo of democracy will be reconfigured to one of uncertainty. The world, and most certainly the EU, cannot afford a defeat by Russian President Vladimir Putin. Thus, the moral argument for Ukrainian accession to the European Union is a clear one: Ukraine maintains the Western-dominated world order and tips the ideological scale further in favour of liberal democracy.

If Ukraine does not get candidate status, the European Union will suffer both from internal and external weakening and its reputation will be permanently damaged. Member states, like the Baltic countries and Poland, which fully support Ukraine, will be disappointed with the European Union. Most importantly, the following fact remains: EU citizens support granting Ukraine candidate status. According to the recent Flash Eurobarometer survey, a majority of EU citizens are in favour of Ukraine joining the EU. European citizens are eager to see Ukraine integrated into the European family. Not following through on public demand will further contribute to the democratic deficit already nesting inside the European Union, giving fodder to Euroscepticism, nourished by Russian propagandist voices. The only way democratic countries can stand against the aggression of autocratic regimes is by ensuring the unity of their forces.

Ukraine’s EU candidacy has also found support in the highest cabinets of the EU institutions. European Parliament  passed a resolution on 1 March 2022 in support of candidate status. Moreover, on 6 March , President of. The European Commission Ursula von der Leyen spoke in favour of  Ukraine’s EU membership, declaring that Ukrainian people “belong in the European family.”

Ukraine’s dedication to the EU is unmatched. Time and time again, Ukrainians have demonstrated their full and unwavering support for democracy, freedom, and European values. Today, Ukrainians are paying for these democratic freedoms and liberties with their own lives. European Union leaders must choose Ukraine on 23 June. Ukraine’s future is Europe and Europe’s future is Ukraine.

Promote Ukraine thanks its interns Hannah Meehan, Romane Gornet and Zachary Klein who worked on this op-ed