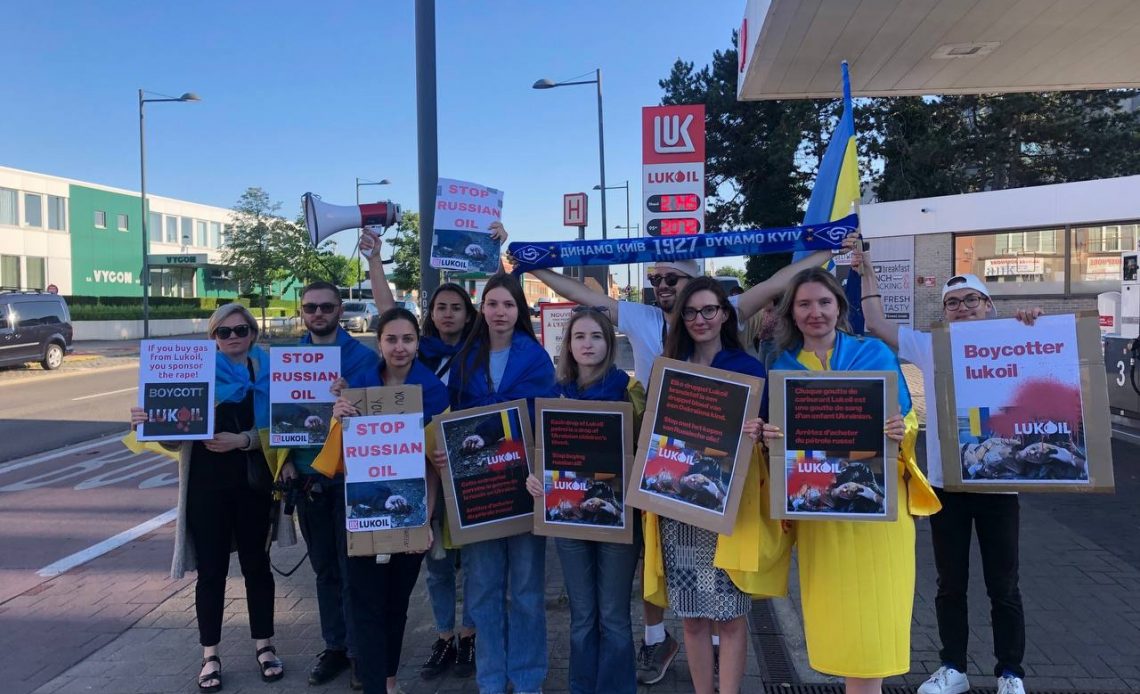 For three months in a row,  a #BoycottLukoil campaign, aimed against the Russian business that finances the Russian Federation’s war against Ukraine, has been going on in Belgium.

For these months, hundreds of people have taken part in protest actions in Brussels and other cities of the country. Activists have boycotted Russian filling stations and raised awareness among drivers, explaining how Russian companies earn money in Europe and then finance the killings of Ukrainian civilians.

All activists understand that today it is impossible to remain aloof from the war in the centre of Europe and that the stance of every conscientious citizen and his or her decisive actions have an impact on how long this bloody war will last and how quickly Putin’s regime will collapse.

The #BoycottLukoil action continues! Information about the upcoming events will be posted on the Facebook account of Promote Ukraine.

We invite everyone who cares to join the actions! We are STRONGER together!

NATO-Ukraine Human Chain in Brussels on 27.11.2022. Thank you all for joining! #giveukraineeverything Video by Anastasiya Parashchuk