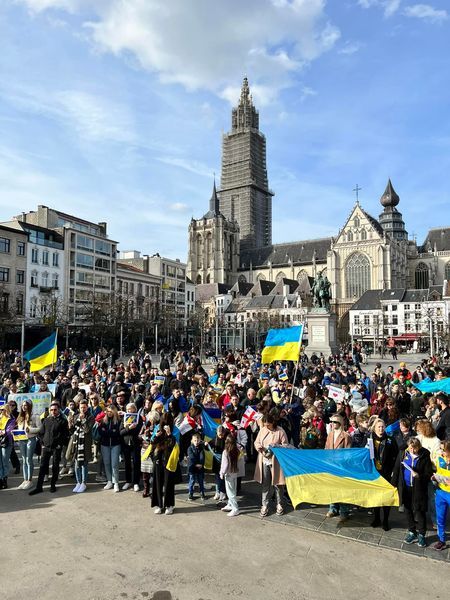 Ukraine is a strategic and key partner of NATO. A sovereign and independent Ukraine, firmly committed to democracy and the rule of law, is key to Euro-Atlantic security.

The first day of Putin’s invasion in Ukraine was marked by a change in the rules of aggression from hidden to completely open – with missile strikes on residential areas of Chuhuyiv, a failed landing at Hostomel airport and the occupation of the Chornobyl nuclear disaster zone. The capital of Ukraine, Kyiv, was hit by missiles for the first time in its history. Russia’s invasion is unprecedented in Europe since World War II. Fights are taking place in the proximity of cities such as Kharkiv, Chernihiv and Sumy. Tens of million of Ukrainians are under threat. Russia strikes at Odesa from the controlled territory of Transnistria. There are hundreds of victims, and there will be more. A massive wave of refugees is now trying to reach bordering EU countries, and more will come in the next weeks if you don’t act now. 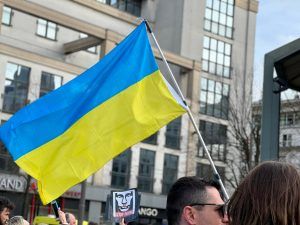 Yet, this aggression has nothing to do with Ukraine. It is an act against values that NATO represented and defended for more than 50 years. Ukraine is defending itself under Article 51 of the UN Charter, which gives a legal right to defend itself from aggression. It also gives a legal basis for establishing a no-fly zone, and we seek your support to enforce it.

We know that NATO is afraid to fight Russia and we do not want to ask to intervene in our war. We have only one thing to demand of you: Help Ukraine to protect our sky by establishing an internationally-enforced no-fly zone.

The no-fly zone in Ukraine will help to protect civilian targets from aerial bombardments, like schools, hospitals or residential areas. Moreover, air support may help to neutralise Putin’s overwhelming armoured superiority. You have established no-fly zones before in countries that are not even your strategic partners. Ukraine deserves your immediate support more than anytime.

Do not let us down, otherwise, Ukrainian people will never forgive the betrayal. The blood of innocent Ukrainian men, women and children will be on your hands.
If Ukraine falls, NATO allies will be next.