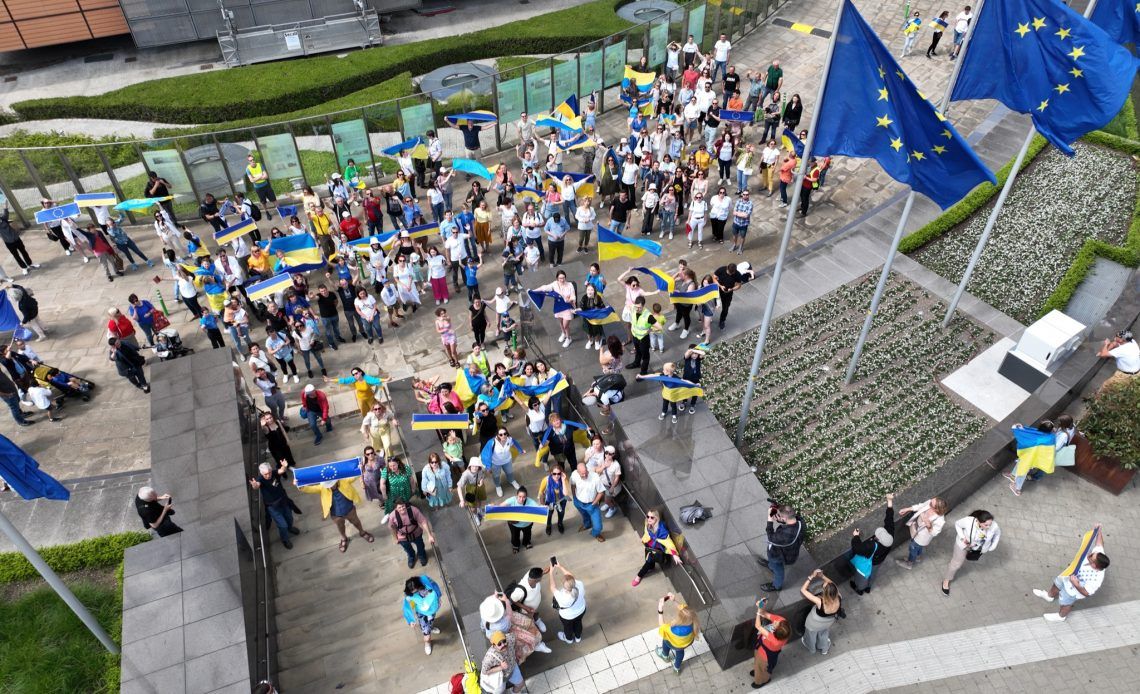 Members of the Ukrainian community in Brussels, as well as other well-wishers and supporters of Ukraine, organised a giant human chain around the European Commission’s Berlaymont building on 12 June in support of Ukraine’s potential EU candidate status.

Organised by Belgian-based NGO Promote Ukraine, alongside the Institute of Innovative Governance, l’Avenir de Europe, and EUMANS, the human chain comprised around 1,000 people, according to police estimates.