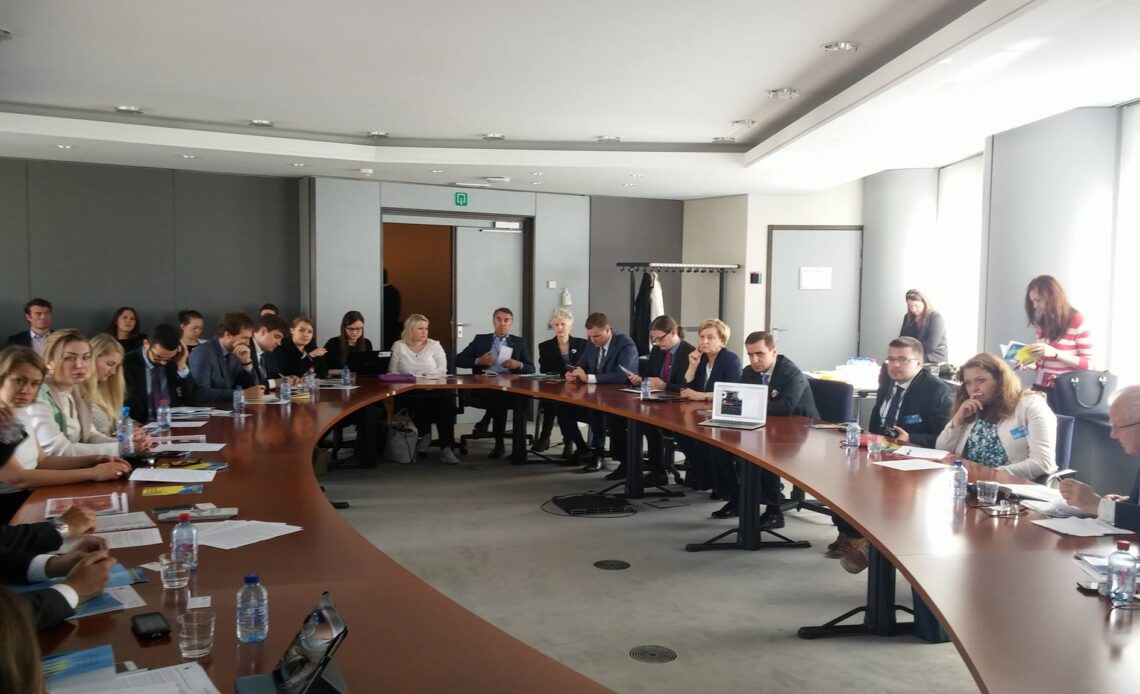 A complex question of human rights in a present-day Crimea was addressed in a round table discussion organised by ‘Promote Ukraine’ and hosted by Mark Demesmaeker in the European Parliament on 24 June 2015. Three international lawyers, Ivanna Bilych (USA), Olena Sharvan (Ukraine) and Matheus de Moura Sena (Brasil) presented the results of a joint research paper on the legal status and the situation of human rights in Crimea, as well as their concrete recommendations for both an internal improvement of the Crimean reality and the eventual interventions from the international community. The presentations were followed by two other contributions by a representative of civil society, an initiator of the “Free Crimea” project Taras Berezovets, and by Volodymyr A. Vasylenko, Ambassador Extraordinary and Plenipotentiary of Ukraine, a former judge of the International Criminal Tribunal for the former Yugoslavia. The experts’ voices were joined by the audience in a dynamic and engaged discussion about this important case while searching for ways to bring more clarity to the issue from both legal and humanitarian perspectives. 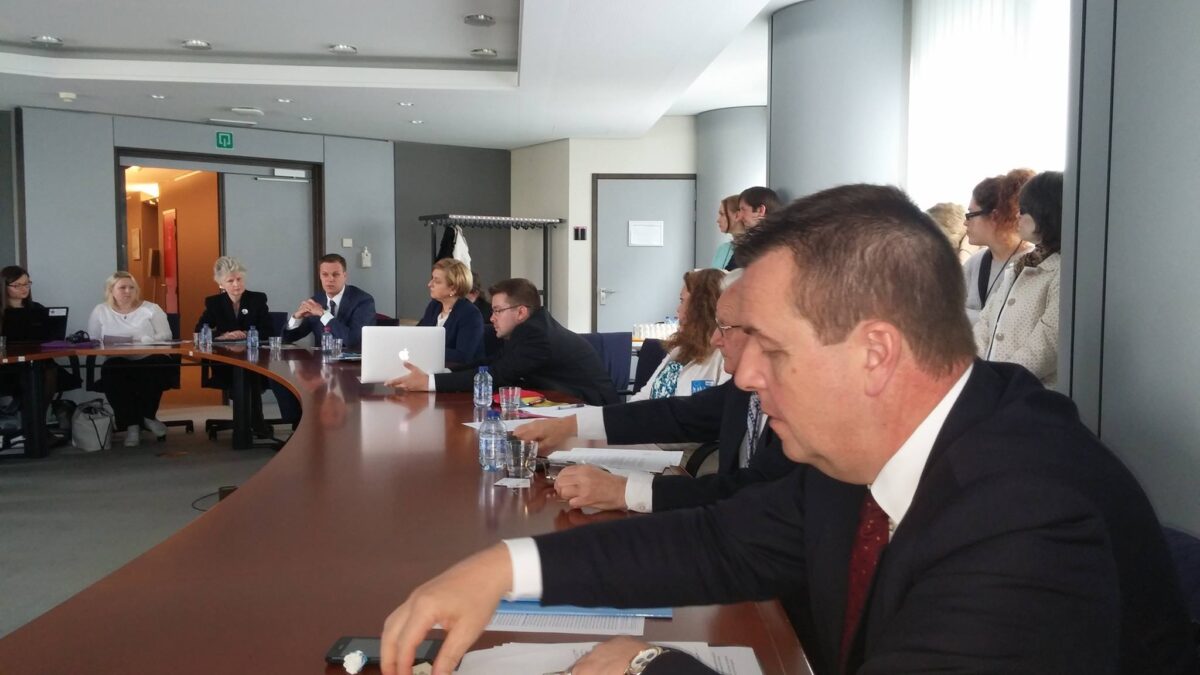 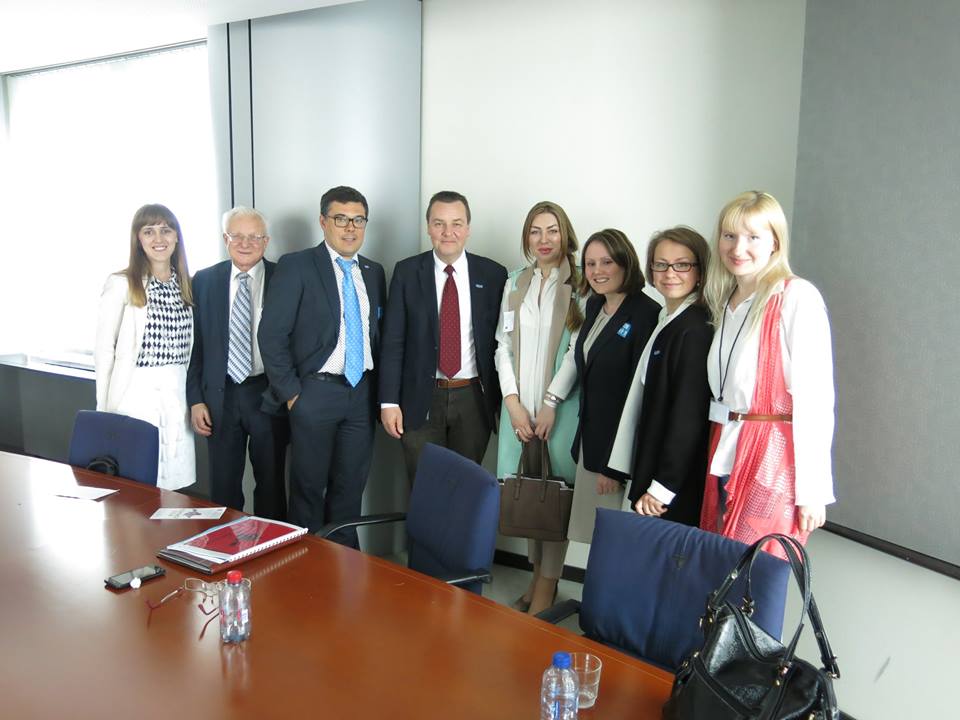 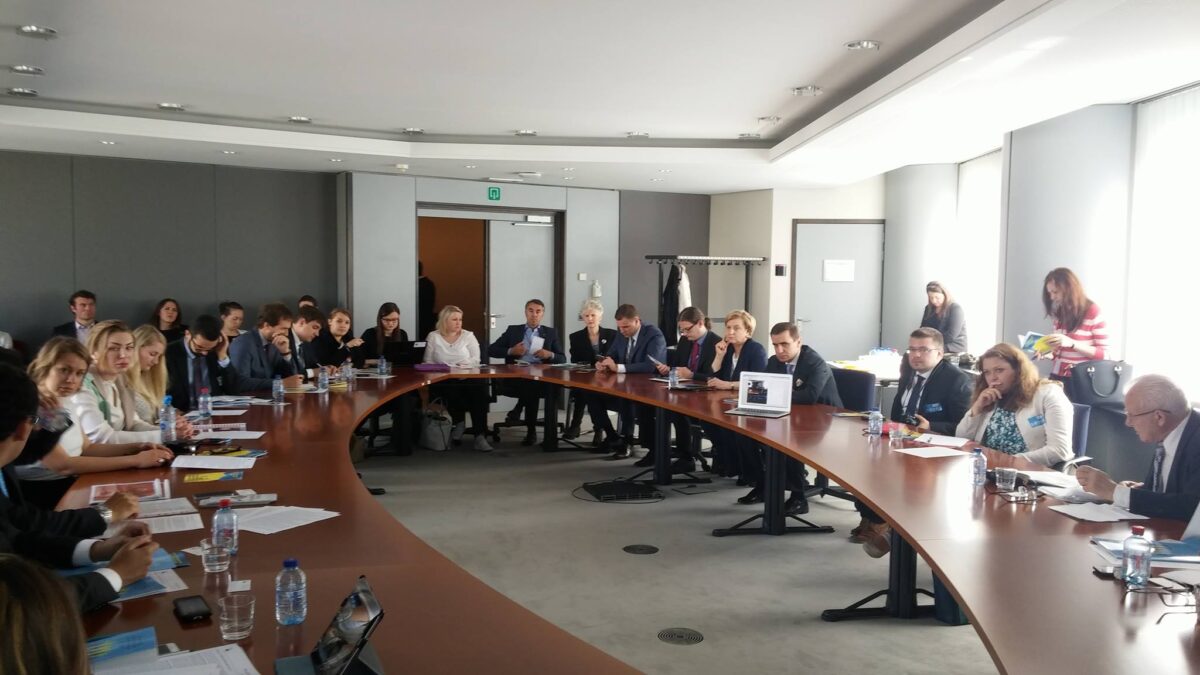 Promote Ukraine in the European Parliament 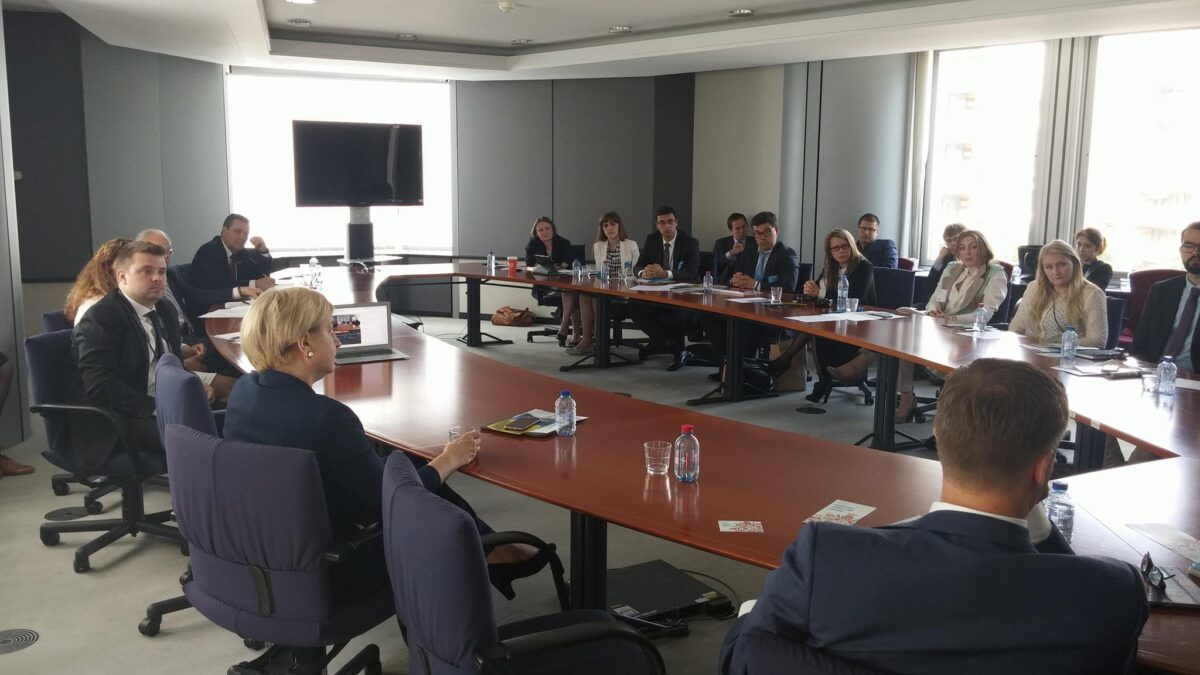 Crimea Conference in the European Parliament

An interesting discussion happened between the guest-speakers and the respondents of the round table at the University Antwerp. Watch and listen to the quite provocative remarks by the academics and well argumentative answers of the practitioners of international law!

The screening of the film “Haytarma” by Ukrainian and Crimean Tatar director Ahtem Seytablayev organized by Promote Ukraine took place in Antwerp on June 24. This Historical and military drama tells the story of the most tragic page in the history of the indigenous population of Crimea, the Crimean Tatars. Now, after the annexation of Crimea by Russia there are a lot of questions raised about the state of human rights on the peninsula. After the screening international lawyers Olena Sharvan (Ukraine), Matheus De Moura Sena (Brazil), Ivanna Bilych (USA) presented the results of their legal research on the situation. The event was attended by Ukrainians, so by Belgians, Belorussians, and Russians. The debates were sharp but interesting. 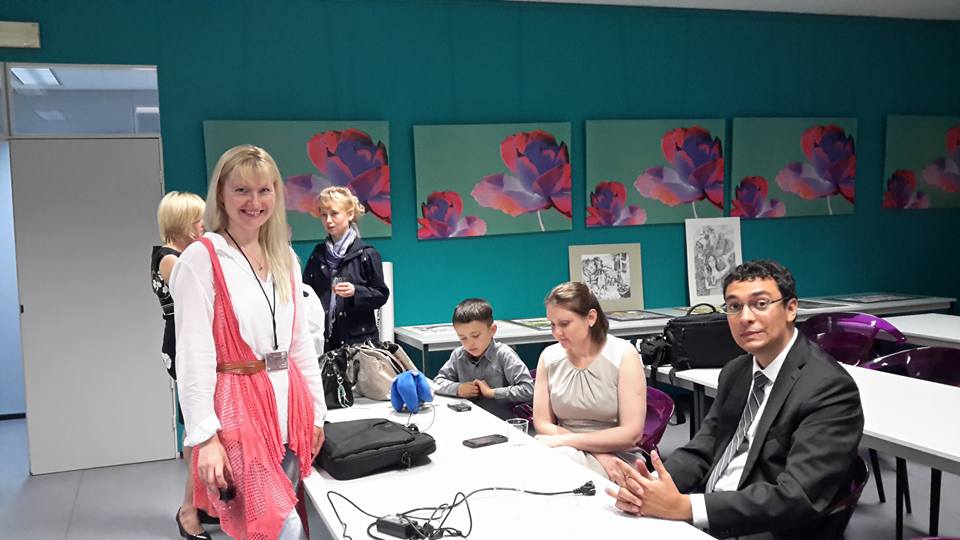 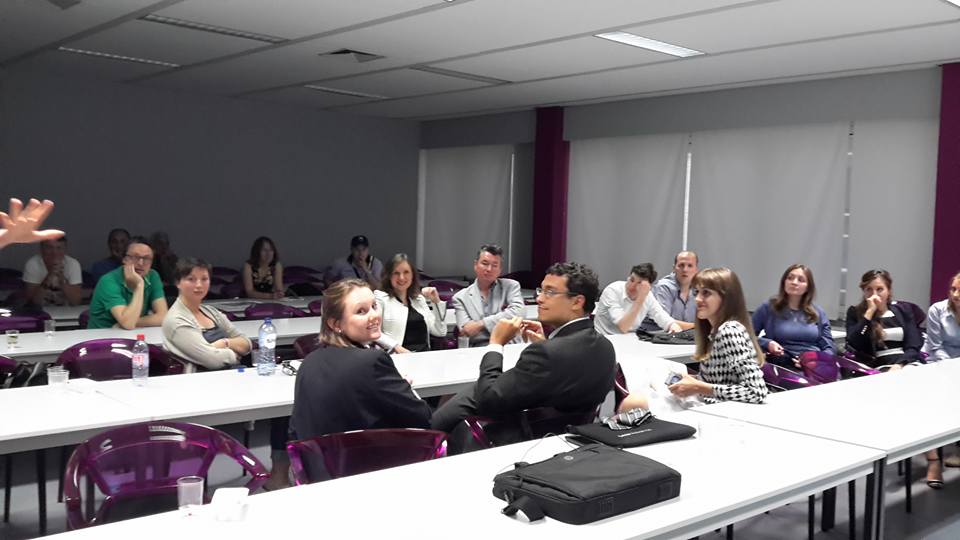 Refat Chubarov: My response to Member of the European Parliament Sandra Kalniete