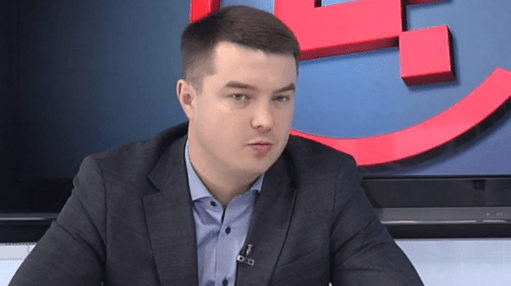 Ukraine has faced particular brutality and disrespect for human rights. Since the occupation of the Crimean Peninsula by the Russian Federation in 2014, human rights violations have become systemic and widespread there.

“The human rights situation in the occupied Peninsula is deteriorating. Since the occupation, the Prosecutor’s Office of the Autonomous Republic of Crimea and the city of Sevastopol have recorded numerous cases of premeditated murders, abductions, torture, and criminal prosecution of Ukrainian citizens on religious, political, ethnic, and other grounds. And this list can be continued. However, the atmosphere of total terror in Crimea is a part of the occupying state’s policy, which is aimed at changing the demographic mix of the population. The ultimate goal of such a policy is to oust Ukrainian citizens who disagree with the occupation regime and populate the Peninsula with Russian citizens, which is a severe violation of international law,” Ihor Ponochovny, the head of the Crimean and Sevastopol prosecutor’s offices, said.

The number of internally displaced persons from the Peninsula grows fast: according to the official statistics. Today, their amount is 47,120 people, although, in reality, there are many more. Instead, Russia relocated to the Crimea from 172,000 to more than 500,000 Russians according to different estimates for the Peninsula colonisation. At the same time, the forced transfer of sentenced persons and political prisoners to the Russian Federation continues. At present, 475 citizens of Ukraine illegally detained or detained in penitentiary institutions on the Russian Federation territory have been identified. Similar offences are committed against orphans and children deprived of parental care. They also are moved illegally to Russia, including the illegal adoption way.

The so-called Hizb ut-Tahrir cases are a clear example of how the occupying power illegally uses the criminal justice system to persecute Crimean people on religious grounds. Courts controlled by the Russian Federation pass sentences on fabricated charges, depriving Crimean people of the right to a fair trial. According to the Crimea’s prosecutor’s office, at least 77 Ukrainian citizens have been imprisoned illegally in Hizb ut-Tahrir cases.

“The purpose of such repressions is to discredit the Crimean indigenous people representatives, to impose the narrative that the Crimean Tatars are ‘terrorists,’ to intimidate the Peninsula population, to suppress freedom of speech and religion,” Ihor Ponochovny explains.

The Crimean eparchy of the Ukrainian Orthodox Church also continues to suffer persecution. Recently, the Metropolitan Clement of Simferopol and Crimea received another request from the “the Russian Federation occupation administration” to dismantle the “Burning Bush” church in Yevpatoria. Such occupiers’ actions are aimed at the Ukrainian religious community discrimination and the Moscow Patriarchate Russian Orthodox Church’s religious monopoly establishment in Crimea.