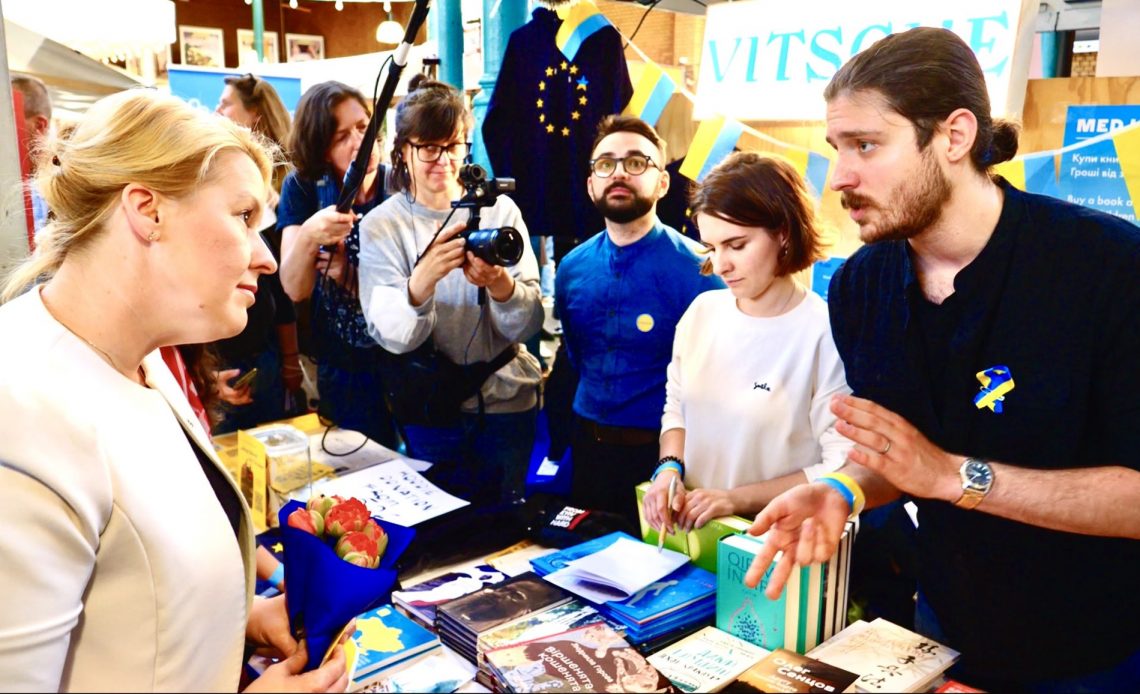 The wealth of culture is acknowledged and recognised by many over a long period of time. It is thanks to culture that we become conscious, capable, and aware, it is culture that gives us the opportunity to develop and self-realise ourselves. Moreover, culture gives us space to find new meanings, build critical thinking and preserve national memory. At the same time, it is a space for the formation of national identity.

Subjectivity is one of the central themes of culture, cultural diplomacy, and inclusiveness. Consciously or unconsciously, culture is an integral part of our daily lives: when we go to work and listen to our favorite music on a streaming platform, when we watch movies at the Berlinale, when we go to a museum, when we buy clothes or when we eat in an oriental restaurant with chopsticks, when we read a book in whatever language, when we admire the achievements of athletes at the Olympics … The description of contacts with culture and its derivatives can go on and on. I assume that for many, the integrity of culture at different levels of life is undeniable. Thereof we can conclude that culture can change time and space and change the content of meaning.

In my opinion, Russia has intensified the use of the cultural component as an instrument of aggression and oppression immediately after the collapse of the Soviet Union. And during the last eight years and a little more than three months of war, Russian society and leadership continued to use new ways to attack everything nation-building in Ukraine and abroad: linguistic identification (Ukrainian, Crimean Tatar, Karaite), historical justice, and the desire to move towards European values and standards. Therefore, it is no longer a surprise that cultural expansion and appropriation become useful tools of hybrid warfare, the constructive approach and deliberate rewriting of historical facts. They are used to blur the border between Ukrainian and Russian, while the importance of the Ukrainian language as part of the European space is denied. The Kremlin‘s monotonous voice catches the eye of the West to Ukraine being only a province of Russia – just “a part of Russia” that rebelled and broke away from the cradle of “Soviet good” during a terrible injustice. Therefore, all artists, performers, singers, cultural figures, and figures automatically become Russian. Great cultural figures turn into exclusively Russian actors, and Ukrainian singers, who were only visitors to the north-eastern direction, become full-fledged Russian stars. There is a shift in the concepts and basis for the new aggressive demands of Russia on Ukrainian as a cultural entity. That is why, in my opinion, the issue of cultural affiliation, origin, and language is becoming very relevant, not secondary. If we think longer, we can see this number of Ukrainian losses in the field of Russia’s cultural war. For years, the number of losses was not visible. Because it was impossible to see them in the shadow of the overwhelmed empire, these facts were not allowed to be seen, such as the Holodomor, the Red Terror, the Executed Renaissance, frescoes taken from St. Michael’s Golden-Domed Cathedral, attempts to appropriate the “Scythian Gold” of Crimea and more.

And the last aspect of Russia’s fierce struggle against Ukraine is the thesis of everything Ukrainian as something anti-Russian and vile. This thesis was proved in action by the Russian army and its allies during the occupation of Crimea, Donetsk, and Luhansk, but also in many other towns and villages. The first thing the occupiers did was not to maintain a new currency or new laws but to blur the boundaries of the cultural environment. The Ukrainian coat of arms and flag began to be removed from all buildings, new monuments of Lenin began to grow like mushrooms after rain, and the books in the Ukrainian language began to be immediately removed from local libraries or burned in the squares of bombed cities and burned houses. The renaming of cities to the Russian-sounding name was not delayed either. What Ukrainian culture is worse for the Kremlin than bullets or guns.

For many years Ukraine’s contribution to the development of European culture and values has simply been attributed to Russia, as if it were the only Russian culture in Eastern Europe. Now, this pattern can and should be corrected. 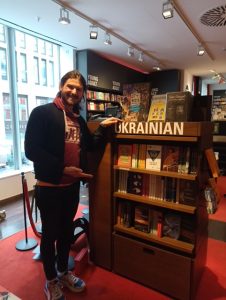 The cultural component in the Ukrainian political space has often been underestimated and tried to be avoided; marginalisation and underestimation of Ukrainian potential take away the chances of popularising Ukraine both inside the country and abroad. In the media sphere, there are topics voiced that culture is not relevant at the moment or that it is not that profitable. During a full-scale invasion, these trends are redirected to the “do not incite the hostility” message. I completely disagree with the above theses, as do most of our civil society, which has grown and changed over the last two Ukrainian revolutions (the Orange Revolution in 2004 and the Revolution of Dignity). I personally remember that until 2012 it was almost impossible to buy any books in the Ukrainian language – a kind of deficit product on bookstore shelves in Ukraine. Therefore, each new book was like a breath of fresh air and a breath of freedom. In comparison with Poland and its development of publishing, films, magazines, and music in Ukraine, there was a regression and legitimisation of Russia’s narratives and ignoring the needs of its own population and the demands for Ukrainian culture and its products. Such trends have not gone unnoticed abroad. In a dream-like Europe, it was perceived as a general trend. Even now, we can hear from educated citizens of the European Union that they consider Ukrainian and Russian language cultures to be basically the same. But the main thing is that Russia itself prevailed in the market because it became dominant in this context. I fully understand that wartime complicates activities in the cultural field, but this cannot be a reason for new meanings to cease to be created by our artists. We must do our best to support them because without art, there is no core of national identification. During the air war against the United Kingdom the Parliament called on the then-Prime Minister Winston Churchill to cut spending on culture and co-finance art projects for the defense budget. To which the Prime Minister replied, “Then what are we fighting for?” Would this quote be an impetus for the Ukrainian political elite to treat culture differently in times of crisis? Would there be a clearer policy of supporting literature and television in the state language, promoting cinema, and promoting Ukraine as a brand abroad?

However, now we, as Ukrainians, can only better understand and destroy Russian myths about Ukraine, explore the past and continue to build our cultural universe because only thereby we will be able to win the war for a bright Ukrainian future in the European Union. I firmly believe that this is a great opportunity for all of us to get to know Ukraine in a new way as a subject of political, historical, scientific, cultural, and linguistic identity.