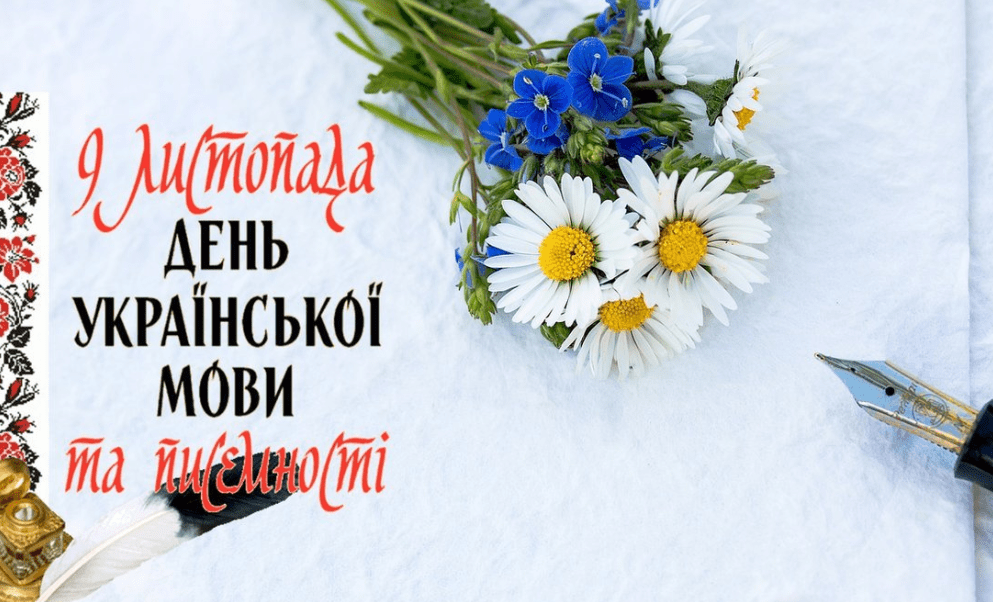 On Monday, 9 November, Ukraine marks the Day of Ukrainian Wiring and Language. This holiday was established on 6 November 1997 by a presidential decree in support of the initiatives of non-governmental organisations. The holiday is celebrated on the day of commemoration of the Reverend Nestor the Chronicler.

He was a monk of the Kyiv-Pechersk Monastery, a writer and chronicler, and a follower of the Slavic writing creators Cyril and Methodius. Nestor is considered one of the authors of The Tale of Bygone Years.

The term “Ukrainian language” began to be used only in the 16th century;  it was called the “Ruthenian language” until the middle of the 19th century.

Traditionally, the all-Ukrainian radio dictation of national unity is held in Ukraine on 9 November. The event is designed as a kind of flash mob or action of unity around the native language, in which anyone can take part. This year, the author of the radio dictation text is Ivan Malkovych, a Ukrainian writer and Shevchenko National Prizewinner.

President of Ukraine Volodymyr Zelensky congratulated everyone on the Day of Ukrainian Writing and Language. He stressed that Ukrainian should be the language of unity, brotherhood, sincerity, kindness, freedom, respect and love for each other.

The Head of State also urged doing a useful thing on this day: to become a guide for someone who does not speak Ukrainian and to help people learn it.