Diplomatic Scandal Breaks Out in Bosnia and Herzegovina over Ukrainian Icon 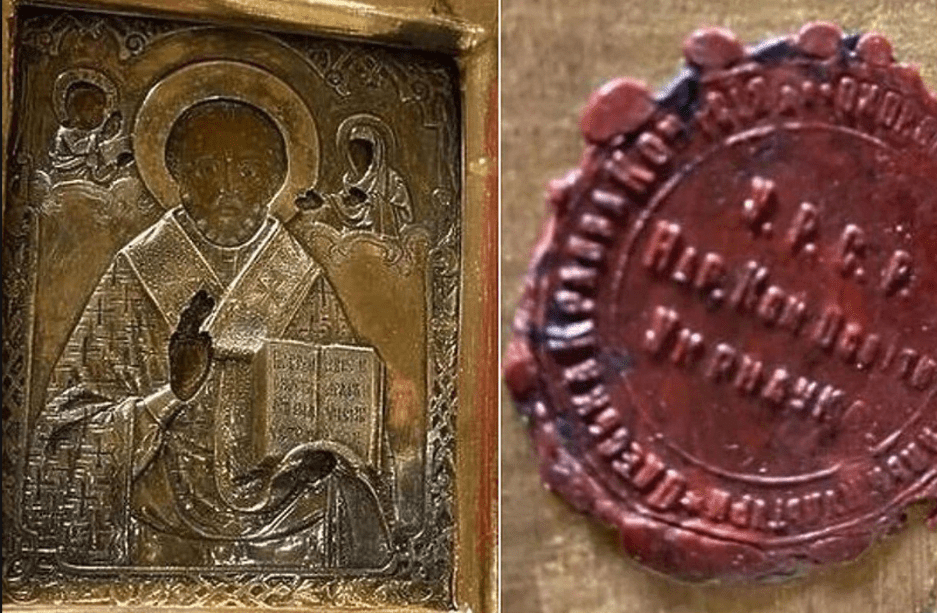 The Prosecutor’s Office of Bosnia and Herzegovina (BiH) has launched an investigation into the case of a Ukrainian icon, which Serb BiH Presidency Member Milorad Dodik presented to Minister of Foreign Affairs of the Russian Federation Sergey Lavrov during his stay in Sarajevo.

In turn, Turković stated that she “does not know much” about the case with the icon and added that the Prosecutor’s Office, the Security Service and Interpol deal with it. At the same time, the Ministry of Foreign Affairs of BiH confirmed that the Ministry hosted a meeting with representatives of the Ukrainian Embassy on 18 December where they were informed about the measures taken following the incident.

At the same time, the Ministry of Foreign Affairs of the Russian Federation said that the Ukrainian icon gifted to Lavrov would be returned to Sarajevo to find out its origin through Interpol.

As a reminder, the day before, the Ukrainian Embassy in Bosnia and Herzegovina sent a note demanding the return of the 300-year-old Ukrainian icon originating from Luhansk. The Embassy demanded to find out “immediately and unequivocally” how the icon ended up in the country and to facilitate its immediate return to the homeland.

As known, the icon presented to Lavrov has a seal that proves its authenticity: it is about 300 years old and originates from Luhansk, i.e. being an element of the Ukrainian cultural heritage.

Milorad Dodik’s Office said that the icon “was found in Luhansk,” without specifying when and who found it in the territory of Ukraine. Some media outlets in Sarajevo report that several dozen Serbs fought on the side of pro-Russian militants in Donbas, and Dodik himself has repeatedly spoken out in support of the Russian occupation of Crimea and parts of eastern Ukraine.

It is revealing that media outlets in Sarajevo and Zagreb are detailing this diplomatic scandal and asking who will be responsible for it. Meanwhile, most Belgrade news outlets report nothing about the incident. The scandal received coverage on a few websites not controlled by President Aleksandar Vučić’s ruling party.