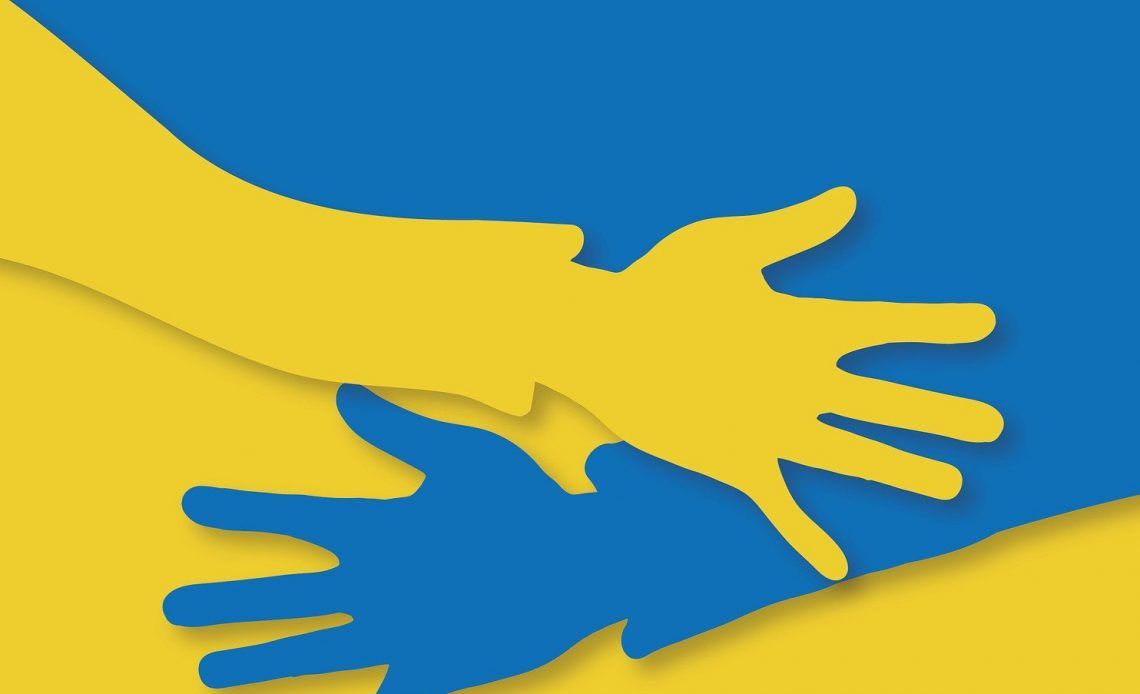 We strengthened this through our trilateral partnership with Poland. Now more than ever, we stand together.

President Zelensky and Prime Minister Boris Johnson are united in defence of Europe’s security and freedom. The two of us have struck up a close friendship as Foreign Ministers, seeing eye-to-eye on Russia and many other issues.

The partnership between our great nations is based on the fundamental principle that people should be free to choose their own future. Yet this is anathema to Vladimir Putin. He feels threatened by the prospect of neighbouring free democracies like Ukraine succeeding as it risks exposing the failures of authoritarianism. So, he is now hell-bent on snuffing out the flame of freedom in Ukraine through all-out war.

To get peace and protect our way of life, Ukraine and the free world need to stay strong and united. We must ignore the defeatist voices who insist people are beginning to tire and who propose to sell out Ukraine for a quick end to the unrelenting horror.

The Ukrainian people do not have the luxury to feel fatigued. Nor can the rest of the free world. The evidence of heinous war crimes continues to mount, from the bombardment of innocent Ukrainian civilians to rape, torture, and abduction.

Russian forces are weaponising global hunger by stopping Ukrainian grain exports and stealing harvests. Russian proxies have breached the Geneva Convention in the way they treat prisoners of war, including British citizens serving in the Ukrainian Armed Forces.

It is therefore imperative that the G7 and NATO this week demonstrate that their commitment to Ukraine will never be surpassed by Putin’s determination to seize it. That means increasing and speeding up their supply of heavy weapons, continuing to sanction all those colluding in Putin’s war, and cutting off imports of Russian energy completely.

Every weapon delivered will help the people of Ukraine repel Russian forces, retake cities currently under fire like Severodonetsk and those controlled by Russia like Kherson. Every sanction will help starve Putin’s war machine of funding and save more innocent civilians from further barbarism. The Ukrainian people are fighting fearlessly for their homeland. They can win this battle and will win it with the free world’s unyielding support.

That is why the UK is at the vanguard in supplying heavy weapons. British M270 multiple-launch rocket systems are on their way to help Ukraine defend against Russian long-range artillery. The UK has already provided £1.3 billion in military aid, including anti-tank missiles, air defence systems, armoured vehicles, and training. The people of Ukraine will forever remember what the UK did in its darkest hour.

The UK is increasing its sanctions, with further legislation this week on a range of trade bans, and more to come over the next month. The free world, collectively, needs to bear down harder to cut Russia off from its key sources of foreign income: energy and other exports such as gold.

We cannot be cowed by Putin trying to gaslight the world with lurid threats. Whenever NATO has stood up to his bullying, he has been forced to back down, not double down. His aggression is only succeeding in encouraging more nations to join the world’s most successful defensive alliance.

There will come a time for peace. But it needs to be a good and lasting peace. Putin’s path to the negotiating table runs through the battlegrounds of Ukraine. He will only be serious about negotiations once the Ukrainian people have pushed his troops back.

Ukraine’s supporters need to all play their part in ensuring President Zelensky can negotiate from a position of strength by facing a weakened Putin. That is essential for peace to endure.

There can be no negotiated settlement which replicates the Minsk Agreement, which came at the expense of Ukraine’s sovereignty, security, and territorial integrity.

Those who propose sacrificing Ukraine’s land are actually proposing paying in Ukrainian blood for the illusion of peace. It will be a mirage unless accompanied by the restitution of Ukrainian territory and the containment of Putin’s imperialism.

Putin has made clear he will not stop at Ukraine in his ambitions, but go further by targeting other sovereign nations – especially those he believes perniciously are part of Russia. That is why no one can feel secure until Russia retreats from Ukraine and is never able to perpetrate such aggression again.

The Ukrainian people are not just fighting for their future but also the future of freedom and democracy across Europe and the wider world. This is everyone’s war because Ukraine’s victory is in all our interests, however long it takes.

Together, we can secure Ukraine’s future in a Europe whole and free, where peace prevails once again.