The Ministry of Foreign Affairs of Ukraine, in cooperation with the Ukrainian Institute, the International Charitable Foundation ISOLATION and journalist, writer and former political prisoner Stanislav Aseyev, presented the project “Isolyatsia: must speak.”

The presentation has started a large-scale information campaign by the Ministry of Foreign Affairs of Ukraine, scheduled for 2021. Its purpose is to draw the international community’s attention to the facts of torture and inhumane activities in the illegal prison “Isolation.” This prison was created by the Russian Federation occupation authorities on the cultural centre’s territory with the same name after the Donetsk capture in 2014. The comprehensive campaign involves activities in several areas – political, public and information concerns. 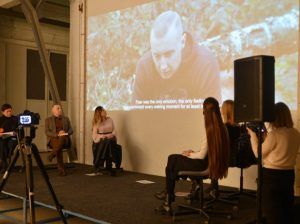 “Human rights violations, illegal arrests, falsified trials and incredible sentences of 20 years on trumped-up charges have become the regular elements of Russia’s repressive policy in the Donbas and Crimea’s occupied territories. We make every effort to keep it visual for our international partners and to encourage the punishment of everybody responsible for this,” first deputy minister for Foreign Affairs of Ukraine Emine Japarova said.

The deputy prime minister, the minister for Reintegration of the Temporarily Occupied Territories of Ukraine Oleksiy Reznikov also expressed full support to the project.

“At the moment, a draft bill that is to regulate state policy regarding the transition period associated with the temporary occupation of Ukrainian territories is almost ready. This document clearly states who is to be neither amnestied nor exculpated. Persons who have committed genocide crimes, crimes against humanity, war and aggression crimes as well as against life and health, freedom, honour and dignity, sexual freedom and sexual integrity, peace, people security and international law and order will be held accountable.  We will apply the UN principles of transitional justice, which enshrine the victim’s right to truth and justice,” the deputy prime minister said.

In addition, he noted that the bill provides for the establishment of a Centre for Documenting the International Armed Conflict Consequences.

“One should understand that the list of prisoners will continue to grow until the complete de-occupation of Ukrainian territories. We are to take this into account within the negotiation strategy. We must fight for the release of people who have already arrested and who can be arrested tomorrow. That is why such intermediate steps as access by the Red Cross International Committee, closure of secret prisons, basic medical care provision, etc. are essential,” Oleksandra Matviychuk, a head of the Centre for Civil Liberties, stated.

Oksana Sarzhevska-Kravchenko, a director of the Isolation Foundation, noted that the foundation is actively involved in covering the issue of illegal prisons in the temporarily occupied territories: “On the example of Isolation, we can see how the place of freedom has turned into a torture chamber.”

Deputy general prosecutor of Ukraine Gunduz Memmedov stated that there were about 160 places such as Isolation now: “3,500 people have been isolated, including 1,600 civilians. We try not to ignore any facts, record everything and open criminal proceedings.” 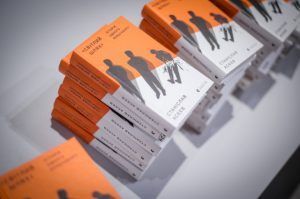 During the presentation, journalist, writer and former political prisoner Stanislav Aseyev presented his new book “Bright Way. The History of a Concentration Camp,” which is the documentary evidence of war crimes that took place in this modern concentration camp. “People are being tortured not only to extract the necessary testimony. The specificity of the Isolation is that even when you have already signed everything, you continue to be abused,” the former political prisoner stressed.

This book, translated into English with the efforts of the Canadian Embassy in Ukraine, will be widely used to bring information about crimes in the illegal “Isolation” prison to the world community.

The Ministry of Foreign Affairs of Ukraine, Ukraine’s diplomatic missions abroad, the Ukrainian Institute and the International Charitable Foundation “ISOLATION” will actively participate in the campaign launch in 2021. The projects will help reach the general public both in Ukraine and abroad.

ISOLATION is a non-profit, non-governmental platform of cultural initiatives, founded in 2010 in Donetsk on the territory of the former plant of insulating materials, from which the foundation received its name.

ISOLATION is a platform for research, discussion and presentation of current socio-political issues at various local and global levels. It also carries out projects at the intersection of contemporary art and civil society and works in the following areas: research, design and exhibition activities, and residences. In June 2014, the territory of ISOLATION was seized by armed representatives of illegal armed groups, after which the organisation moved to Kyiv.

The ISOLATION premises were turned into an illegal prison (concentration camp) of the same name by occupation authorities of the Russian Federation after the Donetsk capture in 2014. As of 2014, more than 100 people were kept there and 70 in 2019. According to a report by the Office of the United Nations High Commissioner for Human Rights, prisoners are being tortured and sexually abused in “Isolation.”