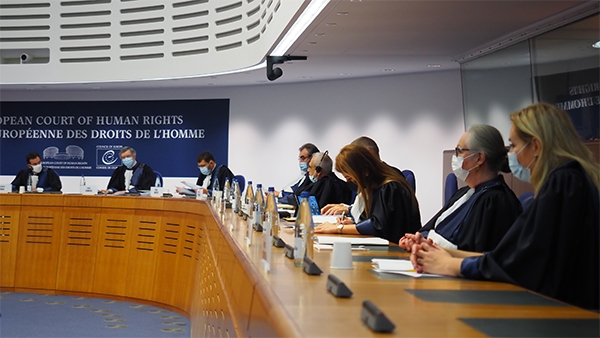 The first results of consideration of Ukraine’s lawsuits against Russia in the Donbas case by the European Court of Human Rights (ECHR) should be expected no earlier than two years after the hearings, in the Crimea case – no earlier than five years.

Ivan Lishchyna, Deputy Minister of Justice of Ukraine and Government Agent before the European Court of Human Rights, outlined such terms.

According to him, it is important to prove legally that the Russian Federation controls the occupied territories of the Donetsk and Luhansk regions, and this decision will be the main victory of the Ukrainian side.

“The key point in this case is the effective control of the Russian Federation in this territory. And if we pass this filter in the European Court of Human Rights, then everything else is more or less easy … We, of course, also prove the existence of human rights violations. But they [Russians] do that so brazenly and openly, these violations are rather easy to be proved,” said the deputy minister.

He also added that the array of evidence that Ukraine had submitted to Strasbourg, proving Russian control over Donbas, contained the testimony of the Russian military. One of the blocs is linked to the Russian military, who were captured during the Ilovaysk operation. Kyiv also submitted to the court the testimony of tank crew member Svitlana Driuk, who fought on the side of Russian-backed militants and then sided with Ukraine. The evidence also contained the documents of Russia’s military intelligence service members who carried out the mission in Ukrainian territory and were captured by the Ukrainian army.

He also added that he was pleasantly surprised with the fact that Strasbourg was active in the Crimea trial even now that they had not completely switched to consideration of the Donbas case. The ECHR set a certain procedural schedule and plans the submission of the first documents for next February.

As a reminder, Ukraine filed a total of nine lawsuits against Russia with the European Court of Human Rights.

On 22 July, Russia filed the first interstate complaint against Ukraine with the same court. Inter alia, Moscow blames Kyiv for the downing of the MH17 flight as a result of the Ukrainian authorities’ failure to close the airspace in Donbas.