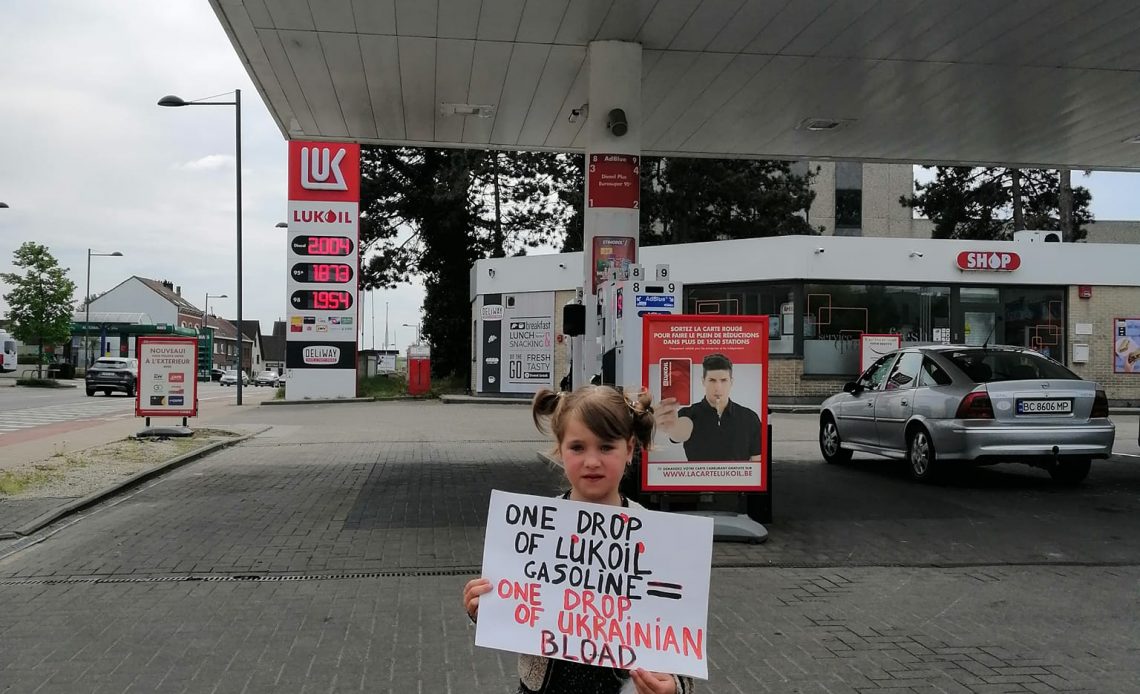 For one month now, the volunteers of NGO “Promote Ukraine,” armed with photos of dead Ukrainian civilians, have called on the public to boycott Lukoil petrol stations around Brussels.

As the EUobserver editorial staff found out during the protests, a lot of people do not know that Lukoil is Russia’s second-largest oil company with a market value of €49.5bn. At one of the gas stations, one woman told journalists, “If I would have known it has any relation to Russia, I would not have come here today.”

The full text is available at EUobserver

Joint Call for Immediate Accession of Ukraine to European Union