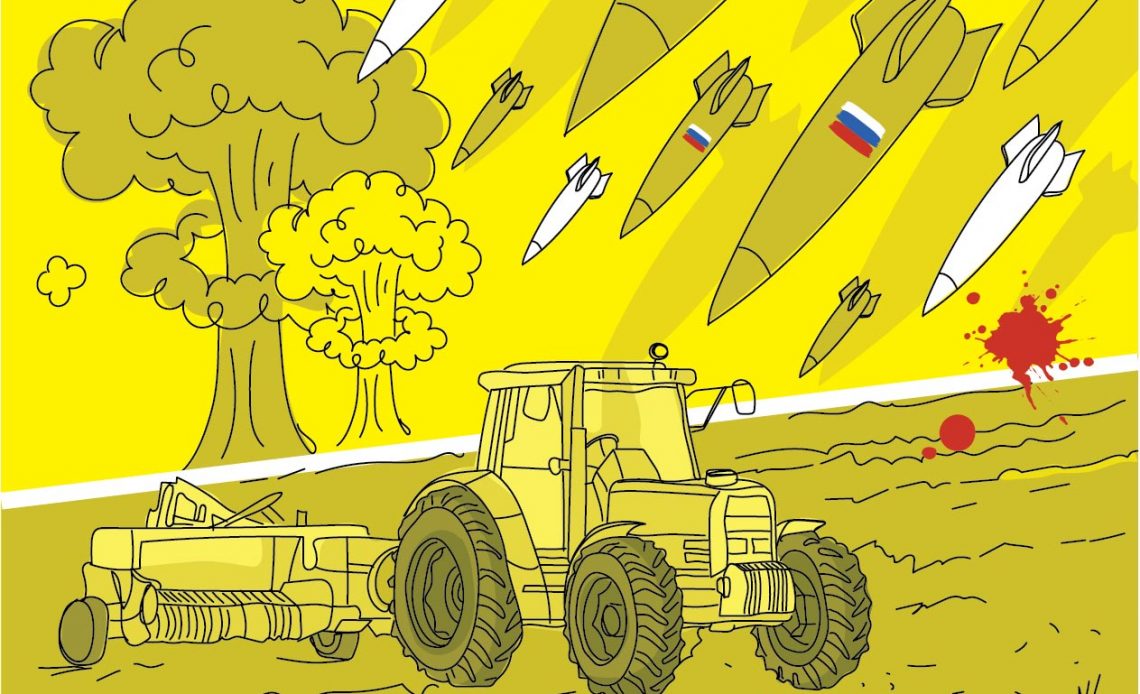 For more than three consecutive months, the world has been compassionately sympathising with Ukraine for losing its people – both military and civilians – as a result of Russia’s sinister and unprovoked, full-scale attack on its territory. To mitigate the consequences for people in precarious situations, countries have widely opened their doors welcoming more than five million refugees (Ukrainians under temporary protection status) while stakeholders at all levels have been channelling humanitarian assistance to the remaining thirty-five million internally displaced and those who did not evacuate, but remained in destroyed and besieged villages, towns and cities instead.

As for the military component, though, not only have western allies consistently excluded fighting on the side of Ukraine under the pretext of avoiding a third world war, but until very recently favoured an appeasement policy over supplies of tangible military equipment support to Ukraine. The Ukrainian army, despite its indescribable bravery and commitment, being underprepared on a technical level cannot halt Russia’s troops penetration into its territory completely. Once the invaders are pushed back, the risk of rising death toll is not gone. The estimates show that around 80,000 sq. km of arable land in Ukraine is currently mined and cannot be cultivated, not only this season, but for years to come before deminers clear the territory.

Alas, in 2022 Russia has managed to widen the scope of its undeclared and unadmitted ‘hybrid war’ on the entire world by disrupting Ukraine’s ploughing and sowing, destroying food processing and transportation infrastructure, stealing and looting farm and harvest equipment, halting the exports of agricultural produce by blocking Ukrainian ports in the Black Sea, while shifting the blame for the looming global food crisis on Western sanctions and Ukraine’s policies on top.

The latter, however, depicts a totally distorted picture, since restrictive measures on Russia intentionally exempt the agricultural sector on the one hand and it is Russia itself that has limited its food exports on the other. Fearing shortages, around two dozen states by now have followed suit according to Rob Vos from the International Food Policy Research Institute (based in Washington DC). Supply cuts on global markets further instigate inflation.

The situation is further deteriorating and becoming more critical day by day. If no snap solution is found, by fall the world will be sympathising yet again. This time, though, with millions of people from at least 26 countries, predominantly in the Middle East and Africa that might starve to death. Circumstances are particularly tough for countries like Somalia, Senegal and Egypt, which depend on one or both Russia and Ukraine for between 50% and 100% of their wheat supply. If the war goes on, many indebted countries could be forced to borrow even more to subsidise staple foods. Populations of these countries, in turn, pushed beyond the poverty line are most likely to take part in riots and social unrest. Due to food inaccessibility or extreme scarcity others will flee. Increased migration flows will yet again put pressure on the developed world that has yet to recover economically from the recent COVID-19 pandemic. With Russia’s sabotage of grains and fertilizers exports, energy, and thus production prices at record levels on top of distorted supply chains, coping with all the difficulties not only for underdeveloped countries, but even the most affluent ones, might be next to impossible.

This vicious circle if not broken will result in a downspiraling  of the global economy into a protracted downturn. In the words of David Beasley, UN World Food Programme Executive Director, it would be “a catastrophe on top of a catastrophe.” This time around, however, the victims won’t be counted in the thousands. Rather they will be calculated in tens and hundreds of millions of those who died as a result of the Russian aggression and lack of world’s prompt reaction and adequate response.

The question is: will the western world have the guts to admit this time around that it has become ‘a partner in crime’ by doing too little and too late to stop Putin when the worst could be avoided still?