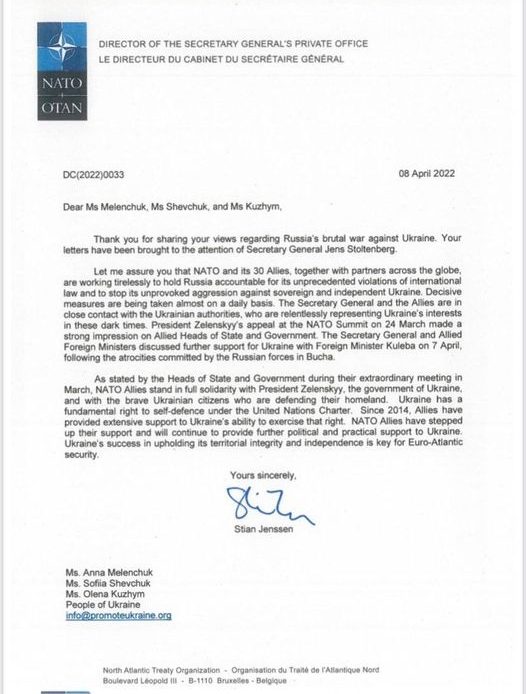 Friends, most of you know that we, as representatives of civil society in Brussels, have repeatedly protested in front of NATO HQ and have submitted an official letter with two clear demands:

We have finally received a response from NATO (see below). Key messages:
– The Secretary-General and the Allies are in close contact with the authorities.
– NATO Allies will continue to provide further political and practical support to Ukraine.

We count on NATO’s role as an intermediary in advocating Ukrainian demands to NATO Allies! It is only with Ukrainian Army forces and military equipment/weapons of NATO Allies that we can win this war! Arm Ukraine NOW!

Mr. Jens Stoltenberg, we hope you would be able to meet with Ukrainian civil society & Ukrainian refugees in Brussels to discuss further support to Ukraine!

ArmUkraineNow: Demonstration in Support of Increasing Supply of Heavy Weapons for Ukraine