How Corruption in Russian Medicine Harms other Countries 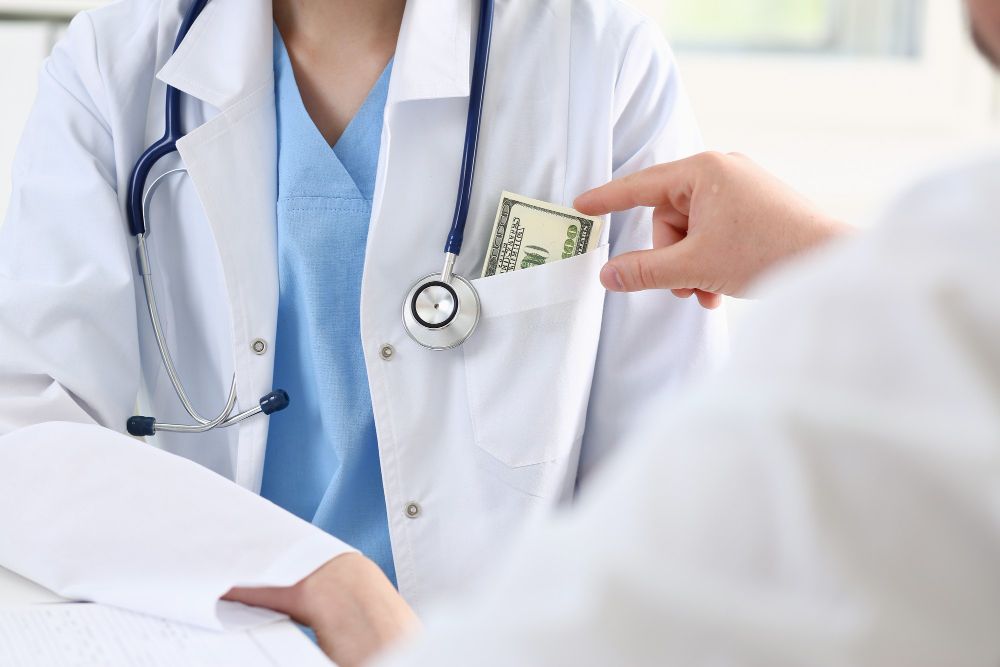 “Export of Russian Corruption. 1st Report – Medicine” – this is the name of the report that describes the situation in Russia during the COVID-19 pandemic. The paper was presented at the online event of Friends of European Russia, an informal platform of the European Parliament mentored by Lithuanian MEP Andrius Kubilius. The report is the first in a series of analyses of the export of Russian corruption abroad and especially to the EU.

“In the last 20 years of Putin’s rule, corruption became a modus operandi in the Russian state,” pointed out Leonid Volkov, Russian politician, Chief of Staff to Alexei Navalny. He explained that after the poisoning and arrest of Navalny, it became clear that Europe should respond with targeted sanctions against those people on whom Putin’s corruption relies. According to Volkov, it is necessary to show people in the EU and other countries a link between corruption and violation of human rights, between corruption and political repression in Russia. This project is implemented by a collaboration of Russian opposition politicians aiming to research and uncover the extent to which the export of corruption from Russia endangers the very foundations of European society.

The author of the report, Mikhail Maglov from Scanner Project, said that he used publications of independent media to describe how the Russian authorities respond to challenges of the current pandemic: “There are a lot of professional doctors in Russia. They are real heroes who every day rescue other people’s lives. But unfortunately, they are also within the current system and its hostages… I am convinced that the current Russian healthcare system is built on two important tenets: lies and corruption. A lie is needed to cover up corruption, and corruption breeds more and more lies.” He gave examples of such lies: there are fake medical research papers, and it is possible to buy (for a pretty low price) fake certificates for weapons licences or driving licences, fake certificates of the absence of coronavirus. “False certificates of education or advanced training are also issued. Or about the quality of the medical equipment ,as was the case with those ventilators that caught fire and killed several people,” said Maglov.

At the beginning of the pandemic, the Kremlin denied the dangers of coronavirus. Then it started massive disinformation campaigns in many countries and gave wrong figures about the number of infected people and also a mortality rate. “In this case, Putin and his colleagues aim not to reduce lethality but to use it for political purposes. For us, medics, this is outrageous,” says Anastasia Vasilyeva, Head of the Russian Doctors’ Alliance. “They are manipulating international relations, using them to show their importance. They have a very painful perception of Russia’s place in the international arena. But you can’t use people’s health for political purposes… There should be sanctions for people who allow this.”

David Stulik, Head of the Eastern European Program, European Values Center for Security Policy, also underlines that the Kremlin has been playing its political game:

Mikhail Maglov thinks that, in principle, Sputnik V is quite good, but, in general, it lacks transparency, and this is the biggest problem. Jurgis Vilčinskas, Deputy Head of Division, Strategic communications and Information Analysis, European External Action Service, pointed out that with the new vaccine, Moscow changed its disinformation narrative:

“Because we have different countries rolling out their own vaccines, and I think we moved through the stage of masked diplomacy where Russia and China were active players to essentially vaccine diplomacy. And if we try to conceptualise what the Kremlin’s vaccines diplomacy is, I think you can speak about a couple of things. I think from the Kremlin’s perspective, the EU is very much a kind of a zero-sum game where you promote your own vaccine, and, on the other hand, you downgrade, undermine trust in all other available vaccines.”

According to him, we can draw some lessons from Russia’s policy regarding the pandemic. First of all, it is obvious that information space and disinformation really have an impact. And secondly, it is very very important to offer access to professional sources, doctors’ opinions about vaccines. “We need to invest in resources for capabilities to recognise disinformation. We have to cooperate, to coordinate setting partnerships with online platforms,” said Jurgis Vilčinskas from European External Action Service.

In September, Russian opposition politicians and experts plan to present a new report on corruption in Russia. The project aims to raise awareness among European decision-makers and voters, as well as to suggest the ways to deal with the growing threat Putin presents to Europe.

Link to the video on presentation of “Export of Russian Corruption. 1st Report – Medicine”: https://fb.watch/5QSTz6_Fs2/