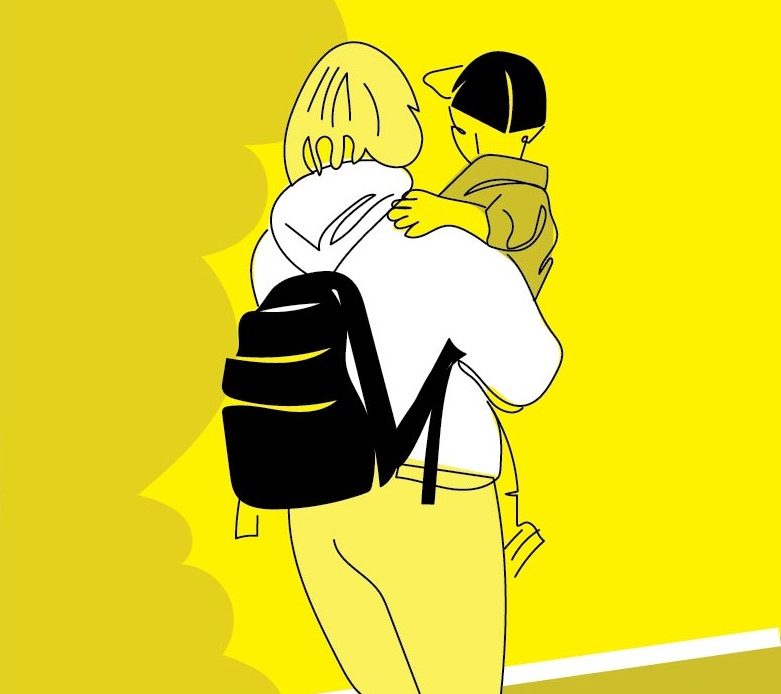 Russia’s invasion of Ukraine has resulted in a large-scale refugee flow from Ukraine, making it the largest since World War II.

According to the United Nations High Commissioner for Refugees (UNHCR), the number of Ukrainian refugees crossing into other European countries has exceeded 6.5 million since the invasion started, 90 percent of whom are women and children. Although there is hope that the war in Ukraine might end soon, history tells us that, in most cases, a majority of refugees will not be able to return to their home country in the near future.

The integration of these people in the host countries is, therefore, very important both for the refugees and the host societies. The generally positive and warm attitude of the host countries towards Ukrainian refugees could facilitate their integration, both from an education, health, housing, labour, and linguistic point of view. The large numbers of refugees arriving in Belgium indeed poses a challenge to the country’s local authorities and the society as a whole.

Often in shock, with one or two small bags, most Ukrainian refugees arrive in the host countries highly distressed. Even if they have someone to meet them at the train station or airport, the language barrier poses a major challenge. New country, new culture, unknown language, and no friends or family to support them.

With the support of the civil society and the Ukrainian community associations, the UNHCR on 15 May 2022 organised its first community consultation on refugee-related integration issues in the Brussels capital region. During the meeting the participants touched upon some of the most common challenges facing Ukrainian refugees across all parts of Belgium.

One of the key challenges identified in terms of social integration was the lack of knowledge of local languages. Unable to speak French, Dutch, or even basic English, refugees from Ukraine often miss out on critical information even if it is readily available. They are not aware of the services and support to which they are entitled. Even less so, they are unaware of the responsibilities of each governmental agency, and do not understand how the Belgian system operates.

In addition, the registration process to receive identification documents, obtain social allowances, or open a bank account can take up to three months depending on the municipality, often leaving Ukrainians without the necessary means to being fully functional in Belgian society. Belgian authorities and the population are doing their best to support and change the processes, but that is a time-consuming process, too.

While many people living in Belgium kindly opened their houses to the refugees from Ukraine following the events of 24 February, the prolonged hosting of families on a voluntary basis is not a feasible long-term solution, both for monetary (increased cost of utilities) and psychosocial (host fatigue and cultural differences) reasons.

Many Ukrainian refugees in Belgium are unable to rent a place on their own, since their temporary stay permits (‘card A’) expire on 4 March 2023, and landlords in Belgium usually want contracts with one to three years commitments. Further to this, the legal notice period of such contracts is three months. Most refugees cant agree to this condition, wishing to go back as soon as possible.

Collective housing offered by the government is scarce, and there is generally not enough information available as to when and how it will be offered.

The Belgian social security system and the mandatory health insurance, initially offered to Ukrainians for free, is certainly helpful when medical assistance is required. However, the complexity of the social security system and intricacies of local healthcare are making it extremely difficult for the refugees to grasp what to do in case of an emergency, and how to get reimbursed for any medical expenses incurred.

From the outset, Belgian schools and universities have ensured Ukrainian refugees swift access to their courses. As for the challenges, a lack of a clear understanding of the enrolment process has been identified, as has the difficulty for children with no or little understanding of local languages to immediately immerse into the local educational process. In fact, few schools offer integration classes allowing Ukrainian children to gradually adjust to their curricula, as well as to learn local languages. On top of that, many parents are hoping to go back to Ukraine as soon as possible and therefore do not see the need to integrate their children into local schools. Instead, they prefer them to attend online courses offered by schools in Ukraine.

Lacking the knowledge of local languages, Ukrainian refugees already have a very limited pool of jobs to apply for. In addition, the time-consuming procedure of proving the equivalence of Ukrainian diplomas makes it almost impossible for a large number of Ukrainians to start working in Belgium immediately. In order to overcome this obstacle, some Ukrainian refugees are applying for positions for which they are overqualified and for which the remuneration is significantly lower than in Ukraine.

In response to the situation, the European Union (EU) has, for the very first time, activated its Temporary Protection Directive. By doing so, Member States are now obliged to provide immediate, temporary protection to refugees from Ukraine, grant them immediate access to education, and housing and healthcare services, as well as to the labour markets of the EU. Belgian administrations now face an enormous challenge in making such access a reality.

Relying on its experienced institutions and its vibrant civil society, Belgium reacted quickly to the current situation. However, a humanitarian crisis of this scale does not come without challenges. Officials estimate that Belgium might receive up to 200,000 Ukrainian refugees. Between 24 February and 24 May 2022, 42,979 Ukrainians, of which 80 percent were women and children, were granted so-called temporary protection status. From the outset, Belgian authorities established a separate in-processing pipeline for Ukrainian refugees. And when needed, they scaled up the capacity.

The most demanding task is to find immediate shelter for these people, a responsibility shared between all layers of state and citizens. To this end;

In tandem with the main effort (housing), several other measures are being taken simultaneously;

The uncertainty of the situation poses a challenge both to refugees and local authorities. Given the urgency, Belgian authorities ought to be more adaptive and flexible, enabling new fast-track solutions to challenges in terms of integration of Ukrainian refugees. Civil society organisations could also play a bigger role in materialising such solutions. On the other hand, the private sector could also do more by coordinating different efforts in order to achieve synergies aimed at better supporting the integration of Ukrainian refugees in Belgium.

Fatih Yilmaz, Director of Projects and Partnerships at Beyond the Horizon ISSG