YouControl analytical system experts have counted 80 courts which have so far announced the termination of dispatch of letters to litigants. That is, about 15% of Ukrainian courts no longer send inquiries necessary to ensure the consideration of cases, summons, copies of court and procedural decisions, and other important correspondence. Therefore, citizens and businesses may be unaware of when they should appear in court.

The gravity of the situation came to the fore at the beginning of the year. Back then, the shortage of funding of the courts’ needs made up UAH 831.6 million. Promote Ukraine asks experts what court underfunding in Ukraine will result in. 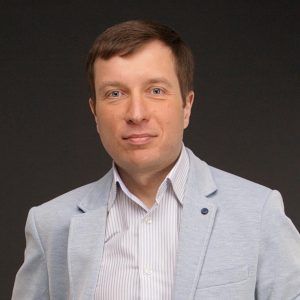 The issues of funding and staffing shortage in the Ukrainian judiciary have been a matter of serious concern for several years in a row. Whereas the lack of staff can be temporarily compensated by the increased burden on judges, the problem of funding (at least in terms of sending correspondence) also needs to be addressed. Without this, the relationship between courts and litigants will disappear and access to justice will be virtually discontinued.

Currently, the Electronic Court subsystem has been implemented in Ukraine as one of the services of the Unified Judicial Information and Telecommunication System. The service features allow litigants to submit and receive all necessary documents in electronic form in accordance with the procedural law. 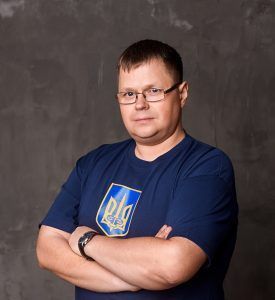 This situation could lead to negative consequences, in particular, reduced efficiency of the judiciary due to lack of awareness of litigants and trust in the domestic judicial system, the level of which is not quite so high. The delay in court proceedings and, as a consequence, the judicial system overload, the emergence of conflicts and misunderstandings between the parties to proceedings and the courts will worsen the situation.

The disadvantages of the current circumstances are the following: deteriorated coordination of actions of courts and parties to proceedings, disruption of information exchange in the judicial system, emergence of risks of restricted right to judicial protection, and deterioration of access to justice.

However, this situation implies some advantages: intensified process of transition to electronic litigation, which is more convenient, especially amid the quarantine, and intensified use of information and telecommunication systems by litigation participants that will accelerate information exchange of procedural documents. In addition, Ukraine’s judicial system will be reformed in accordance with the EU standards. This will help avoid bureaucratic formalities that cause a delay in consideration and thus accelerate the restoration of violated rights of litigants. 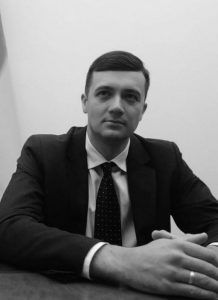 The current situation in the judiciary is extremely complicated. After all, the Ukrainian judicial system is critically underfunded. In 2020, the judiciary spending was lower than projected at the beginning of the year due to the impossibility of appointing new judges in 2020 and reduction in judicial remuneration during the quarantine period. However, even these measures did not help to avoid a deficit.

To date, the courts lack money for such basic things as envelopes, stamps, paper. Because of this, courts cannot notify the parties about court hearings. There is not enough money even to pay salaries to court staff. Sending court decisions is under threat. It should be noted that about 30% of court staff have resigned in western regions of Ukraine just over the past few months.

Given the figures for 2020, lawmakers should have made conclusions. However, the Government laid UAH 15.65 billion for maintenance of the judiciary in the draft state budget for 2021, indicating yet a greater funding deficit. Now, the courts will lack about UAH 5.6 billion even with an austerity regime introduced. When planning the budget, they did not take into account that the size of minimum wage has increased, the High Qualifications Commission of Judges of Ukraine should start working and the intensive appointment of new judges will begin.

A separate issue is the funding of the implementation of the Unified Judicial Information and Telecommunication System in the courts. The draft budget for 2021 stipulates UAH 54.3 million for this purpose. According to the estimates of the State Judicial Administration of Ukraine, the implementation of the system requires at least UAH 239.8 million. That is, it is proposed to cut funding by 77% compared to the sum demanded. 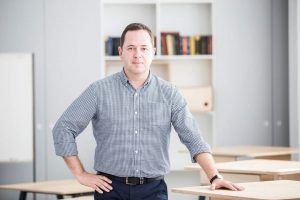 About 3.5 million legal actions are considered in Ukraine every year. At the same time, courts now send summonses by paper mail less often due to lack of funding.

Just imagine: only one court register receives 30,000-50,000 documents daily. To always be aware of changes, you need to check this information yourself painstakingly day by day.

Moreover, the court sometimes may summon a defendant to a hearing by simply releasing an announcement on its website. That is, one needs to check the information posted on websites on all courts every day to be aware of the summonses published online.

Often people learn about an opened case or summons in the most unexpected and very inconvenient moment. For example, they learn when they are suddenly banned from leaving the country at the airport or when a contract for the sale of an apartment is being concluded at a notary’s office [distraint upon belongings may be levied]. 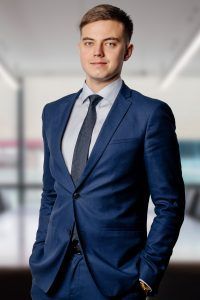 Having carried out a legal examination of the problem, we highlight the following consequences:

It is worth asking a non-rhetorical question: how long will the “procedural era of post-envelope communication” between courts and litigants last in the 21st century? The world does not stand still, it is necessary to profit by technological development, using mobile communications (telephone messages, SMS messages), the Internet, the Electronic Court subsystem, etc.

On this occasion, it is necessary to launch electronic document management in the courts – the Unified Judicial Information and Telecommunication System which is specified in the procedural codes, but remains still incomplete over the past three years (from 15 December 2017).

I consider cooperation with the Ministry of Digital Transformation of Ukraine to be another option for a partial solution to the problem. Registered litigants may receive correspondence through Diia application.

Put in other words, some parties to a lawsuit may get correspondence via mobile communications or the Internet. Still, letters may be sent to those who do not have such means or do not want to receive correspondence in an updated way.

If we try to predict further development of the situation, it should be noted that a part of the unused funds pledged this year to support the activities of the Intellectual Property High Court, which has not been established, is likely to cover spending on stamps for letters. In addition, the time will come to modernise the ways in which courts communicate with litigants, which should begin with changes in procedural law. In the meantime, Ukraine should prepare for an increase in the number of appeals to the European Court of Human Rights, given the failure of the state to fulfil the above obligation, which leads to a violation of the right to a fair trial.

The Ministry of Finance says that they are familiar with the problem of the dispatch of letters by courts. The Ministry assures that the main problem is posed by Ukrposhta [Ukraine’s national postal operator] which has too high prices for sending certain categories of letters and cannot be influenced by the central executive bodies. As noted, the minimum wage of court staff is currently UAH 5,000 and none of the employees receives less than this minimum.

The special mission of the judiciary is its inherent function of arbitrator which it performs between a citizen and the state. The independent judiciary has the following characteristics:

Will Ukrainian courts be able to judge independently and impartially under such circumstances? After all, this is exactly what Article 6 of the Convention for the Protection of Human Rights and Fundamental Freedoms ratified by Ukraine requires. Obviously, they will if the judiciary manages to achieve institutional independence from the executive power. Meanwhile, the Ministry of Finance announced salary growth: “Next year, a monthly salary in a local court will be UAH 106,000, a court of appeal – UAH 212,000, the High Anti-Corruption Court – UAH 227,000, the Supreme Court – UAH 400,000, the Constitutional Court of Ukraine – UAH 430,000,” said First Deputy Finance Minister Denys Uliutin.

After analysing the draft budget for 2021 proposed by the Cabinet of Ministers, the State Judicial Administration made the following forecasts. In 2021, only 4,902 judges and 22,287 court staff with an average salary of UAH 9,637 at the level of mandatory payments will be provided with remuneration. At the same time, 5,413 judges and 2,547 court staff members will work in Ukraine in 2021. That is, more than 500 judges and more than 2,700 staff members are left without salaries and, in theory, should be fired.

Expenditures on postage stamps, paper, and other items are planned to be provided at the level of 23% in 2021 (UAH 450 million when UAH 1.9 billion is needed). This practically guarantees the impossibility of notifying the litigants and conducting legal proceedings. Either the conscientious judges will send correspondence at their own expense (sometimes this already happens), or they will ask the plaintiffs to bring paper, envelopes, and stamps.

It is clear that the judicial system normally requires more resources. According to the State Judicial Administration’s budget request, the Ukrainian judicial system needed an additional UAH 25.1 billion in 2021 to encourage staff, to fill all vacant positions of judges in courts, to improve and to update the material and technical component of working conditions.