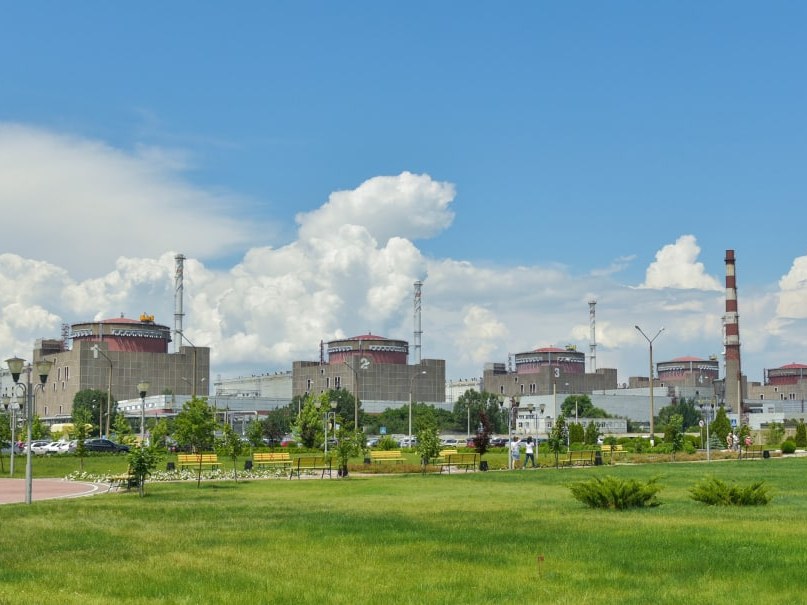 The Russian military has once again violated nuclear and radiation safety regulations at the captured Zaporizhzhia Nuclear Power Plant (ZNPP) in Enerhodar town, exposing personnel to the risk of radiation contamination.

“On 18 July 2022, Russian invaders that had occupied the ZNPP forcibly took passes from two plant employees and, using them, entered the ‘dirty’ overpass and into the radiation zone of unit No.2 of the ZNPP. Of course, they did not care about safety and violated all established norms and procedures for passing and staying in this zone. There was neither special clothing nor prescribed preparatory procedures for staying in it,” Energoatom (National Nuclear Energy Generating Company of Ukraine) posted on its Telegram channel.

Energoatom states that no one knows at the moment what the Russian military could have brought into the premises and left there: weapons, explosives.

“This is already a direct threat to nuclear safety. Yet another threat! Energoatom will inform the IAEA and other competent authorities about yet another violation of nuclear and radiation safety in accordance with the established procedure,” the company emphasised.

The day before, it was reported that the Russian occupiers kidnapped Ihor Kvashnin, the head of the Zaporizhzhia NPP’s environmental protection service. The man’s whereabouts cannot be established.

The service is responsible for the safety of the NPP environment, i.e., the absence of contamination by any substances, including radioactive ones.

As a reminder, the Zaporizhzhia NPP has been under the control of Russian invaders since 4 March. Currently, about 500 Russian military personnel and a large amount of their equipment are permanently stationed in the plant’s territory. Some Ukrainian localities are shelled from the NPP territory.