Online diplomacy in a crisis

The pandemic has been the biggest test for the European Union since its inception in 1993. The escalation of biosecurity problems coincided with unresolved issues of completing Britain’s exit from the EU. In addition, the issue of financial discipline in the European Union is open. New realities have forced diplomats to adapt quickly to new formats of interaction. Promote Ukraine found out from experts what is happening today with “online diplomacy”. 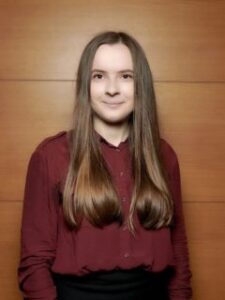 Tetyana Levonyuk, an analyst at the New Europe Center

In the context of the COVID-19 pandemic, videoconferences replaced handshakes, bilateral meetings or summits, which are familiar to diplomacy. Yes, virtual summits of the G7, the EU, and other organizations and platforms took place. New realities have forced diplomats to adapt quickly to new formats of interaction.

At the same time, the use of digital diplomacy tools is not an innovation in international relations. Although this time it is online platforms and social networks that have become a key tool for international cooperation. Twitter diplomacy has become much more active. New ways are formed in the work with the press. The same Federal Ministry of Foreign Affairs of Germany, through live broadcasts of press statements and press conferences on Twitter and Facebook channels, allows anyone to follow the events.

If we talk about the activities of diplomats, in a pandemic, the demand for consular assistance to citizens abroad is increased. The use of digital channels and bots to communicate with citizens is popular. For example, the websites of several Estonian government agencies have Suve – a bot that answers emergency questions and coronavirus in Estonian and English. The same applies to the Republic of Lithuania, where the viLTė chatbot operates. Embassies and consulates have turned to digital channels to offer advice on return procedures, as well as to show solidarity with the local population affected by the pandemic. These activities are similar in most EU member states and have already proven their effectiveness.

In addition, medical diplomacy (purchase of equipment and medical supplies) is extremely relevant today. And in the case of the EU, it is about promoting better internal coordination and international cooperation, through which they can seek a coronavirus vaccine and fight the effects of the crisis. Germany treats Italian, French patients, thus adhering to the vision of a united Europe; it also supplied medical supplies to Italy. Such stories of interaction between EU member states (both old and new Europe) are actively promoted through diplomatic channels.

In fact, countries are creating a new national image, which will be an important asset when the coronavirus passes. Another thing is how much this is noticed by ordinary citizens of the same Italy, where they seem to tend to overestimate Chinese aid. Thus, according to a recent SWG poll, 52% of citizens consider China to be Italy’s best friend. Obviously, the belated reaction of Italy’s European partners, which called for help in early March, has consequences.

Another important aspect that has begun to be promoted through online channels is solidarity and multilateralism. If you analyze the latest tweets and posts on social networks of the French and German Foreign Ministries, for example, the online statements of the Spanish Foreign Ministry, they publish data on EU assistance and unity in overcoming COVID-19, the importance of multilateralism, the importance of joint action to produce vaccines.

At the same time, the Estonian Ministry of Education and Research, together with Startup Estonia, decided to share online learning tools with schools in countries affected by school closures in response to COVID-19.

Crisis times offer opportunities to states that seek to manage their image. This is largely due to the fight against disinformation. So, last month, the Federal Ministry of Foreign Affairs restricted the use of video conferencing service Zoom, and The Washington Post reported that several thousand recordings of video calls of the service were made public on the network.

Obviously, traditional diplomacy will not disappear after the pandemic, but both European and Ukrainian diplomats integrating digital technologies into this crisis will find it easier to take advantage of digitalization in the future. Ultimately, diplomats need to adapt quickly to new realities, think outside the box, and be flexible in approving decisions. 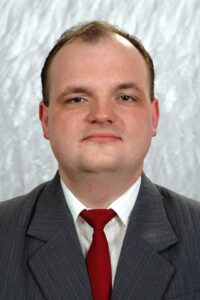 Andriy Martynov, Institute of History of Ukraine, National Academy of Sciences of Ukraine

A major test of European solidarity was the violation, as a result of quarantine measures, of the normal conditions for the functioning of the four European freedoms: freedom of movement of goods, capital, labor, and services, which is the foundation of the Common Market. Most of the quarantine measures are implemented by national authorities, which gives grounds to talk about the “renationalization” of European policy. As a result, a significant threat to European unity could be the strengthening of European skeptics of the far-right and far-left in both the countries of “old” Europe and the countries of “new” Europe.

In general, the pandemic divided the European Union not only along “the East-West line”, but also along “the North-South line”. For example, the Visegrad Four countries (Poland, the Czech Republic, Hungary, Slovakia) tried to show more solidarity with each other in limiting the influence of the “Brussels bureaucracy”. So far, the attempt to resuscitate activity the so-called “Weimar Triangle”  has proved ineffective (Germany, France, Poland, which may take the place of the main eurosceptic after Brexit).

However, no fewer problems appeared in the “core” of the founding countries of the European integration process. Belgium, the Netherlands, Luxembourg, Germany, and France have been at the European epicenter of pandemic. Instead, another founding member of the European integration process, Italy, is among the southern European countries (Spain, Greece, Portugal) that have suffered the most from the pandemic. But the introduction of special debt obligations of the so-called “Eurobonds” was not achieved, categorically against which was by Germany.

The second half of 2020 will be decisive for the future of the European project. A possible compromise in the revival of solidarity could be greater freedom of member states in the issue of European integration of several speeds. However, the disadvantage of such a strategy may be the fact that EU membership has several “qualities”. The issue of the EU’s Balkan enlargement during the 2020s is likely to be postponed. But strengthening the perimeter of the EU’s external borders still remains in time. The EU’s Eastern Partnership program (Belarus, Ukraine, Moldova, Georgia, Azerbaijan, Armenia) and the settlement of conflicts in the post-Soviet space need to be intensified. The situation with the pandemic has shown that the EU faces a lot of problems that require significant resources, time, effective management, the shortage of which is very much felt. 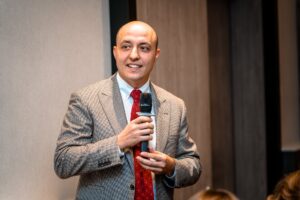 Online diplomacy is an alternative to traditional dialogues during meetings during the global coronavirus epidemic. When the pandemic is over, diplomats will resume traditional face-to-face contacts, as diplomatic work contains a wide range of psychological, cultural, historical, symbolic features and aspects.

The experience of holding the EU and G7 summits shows that the inability to hold face-to-face meetings does not hamper joint efforts to address global challenges. However, I am convinced that once the restrictions caused by the pandemic are lifted, the traditional formats of international relations will be restored. In addition, the digital format can be marked by some extraordinariness. That is, issues that do not address strategic priorities will be delayed rather than moving online. This risk is very tangible for Ukraine-EU relations and may create certain risks for the interests of our country.

Of course, almost all the time there was written diplomatic communication, there is a whole line of Twitter diplomacy, but no correspondence could replace oral negotiations and face-to-face meetings. It is during the conversation, looking into each other’s eyes, feeling each other non-verbally, leaders of countries, diplomats, heads of international institutions can agree or conflict.

It is often said that diplomacy is the art of the impossible. Therefore, I am extremely careful about any of its other forms, other than the classic format of communication. I think that online diplomacy will not allow solving the issues of the current agenda at the same level: the worse feeling of each other, more mistrust, technical barriers, information security.

At the same time, it is impossible to completely reject the current situation, because “the coronavirus is changing the world”, so in the near future, humanity will have to adapt to new conditions.

It is possible that for security reasons, restrictions on traditional mass events, such as summits, large international conferences, etc., will continue for a long time. But as soon as the threat of the coronavirus subsides, traditional diplomacy will be restored.