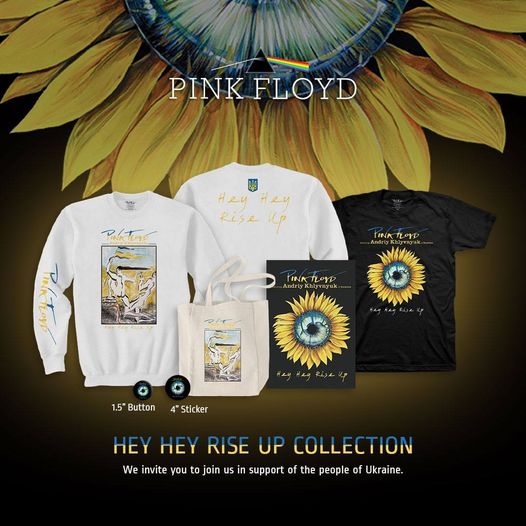 It was named after the song “Hey, Heym Rise Up,” which the band recorded in a duet with Andriy Khlyvnyuk.

All net proceeds will go to the Ukraine Humanitarian relief along with proceeds from Hey, Hey, Rise Up, which features David Gilmour, Nick Mason, Guy Pratt, Nitin Sawhney, and an extraordinary vocal by Andriy Khlyvnyuk.

Our Team to Visit Kharkiv and Deliver Humanitarian Aid

The Armed Forces of Ukraine Encircle Lyman in Donbas