President Zelensky: All Detainees to Be Returned to Ukraine – Dead or Alive 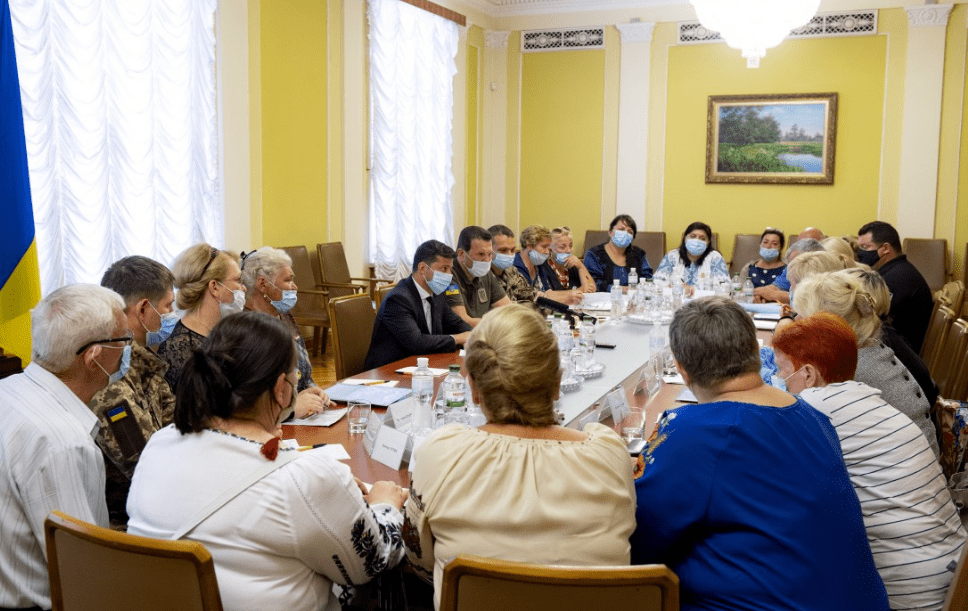 President of Ukraine Volodymyr Zelenskyi met with the family members of the deceased state’s defenders and missing Ukrainian citizens on the eve of the International Day of the Victims of Enforced Disappearances.

The Presidential Office’s press service reports the social and medical support issues for the victim’s families, efficient rehabilitation of war veterans, the expansion of the benefits list and the problems with existing benefits for the heroes’ families, as well as fairness of the approach to allocation of compensation’s, were discussed during the meeting.

During the meeting, the state’s head noted, that the authorities have worked to return all the people who were illegally detained in the temporarily occupied territories of Ukraine as well as in the Russian Federation territory.

“Just for your information, we provide for everyone for mutual release lists. There is no such practice that we provide the civilians without the military. That does not exist. It is true. Believe me. We will return everyone, alive and dead, in any case,” the president stressed.

At the same time, the Ministry of Foreign Affairs of Ukraine, in its comments on the occasion of the International Day of Victims of Enforced Disappearances, called on the international community not to ignore the fate of people abducted or missing in the Russian-annexed Crimea and Donbas-occupied territories.

The Ministry of Foreign Affairs notes that the Crimea’s Autonomous Republic and Sevastopol city’s Prosecutor’s Office currently is currently conducting procedural management in 115 criminal proceedings on 117 cases of enforced disappearances, imprisonment, and kidnapping.

“In the vast majority of cases, the facts have been revealed that indicated the Russian occupation authorities’ involvement in the disappearances. The cases of missing people’s relatives and witness intimidation, as well as an efficient lack of investigation, have been recorded. As in the general persecution of people who disagreed with Moscow’s policy, the majority of victims of enforced disappearances in the occupied Crimea are Crimean Tatars,” the Foreign Ministry stated.

In addition, the ministry recalled that in connection with mass enforced disappearances in the occupied Crimea, Ukraine filed a lawsuit against Russia with the International Court of Justice in 2017 in a case of Russia’s violation of the International Convention on the Elimination of All Forms of Racial Discrimination.

“The world community must keep such Russia’s violations as an occupying power in the focus of its constant attention and increase pressure on Russia in all the cases of enforced disappearance,” the statement said.

Earlier the Office of the President of Ukraine head Andrey Yermak announced a new exchange of captives in the “100 for 100” format.