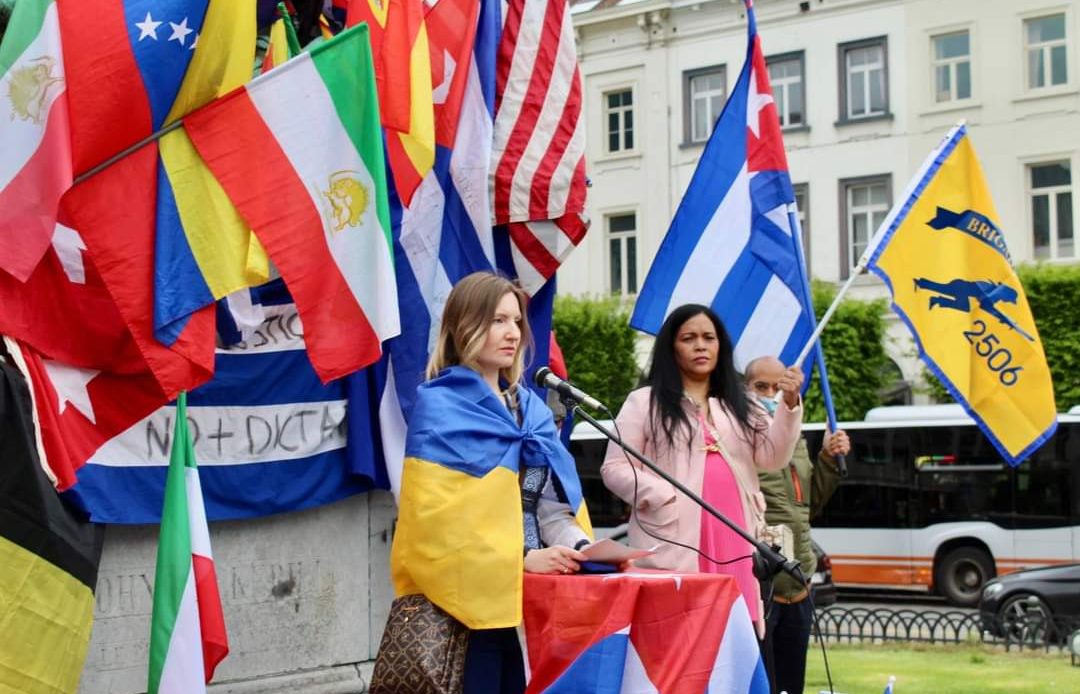 Promote Ukraine has joined the Together for Freedom global movement which aims to expose the links between dictatorships and condemn such regimes formed in particular by Russia and China.

At the press conference, the participants spoke about specific manifestations of Russian and Chinese aggression in the countries and called on MEPs to actively oppose it.

Founder of Promote Ukraine Marta Barandiy touched upon the problem of Russia’s aggression in Ukraine.

“Do you know what links Ukraine and Venezuela? Or Ukrainians and Uighurs? Kremlin‘s hand! Today, an Uighur, whose nation is suffering from genocide, whose fellow citizens have been thrown to ‘modern’ Chinese concentration camps, said that it was Russia that taught China how to ‘Sinicise’ Uighurs in 1949. Do you know how? Starting with the destruction of the native language… Sounds familiar? Russia is waging war against Ukrainians, but it is also interfering in other countries, thus preventing the world from breathing freely. Both Venezuelans and Uighurs suffer from Russia’s actions. That is why we have united in the Together for Freedom movement with the Brussels representatives of nations who support freedom from the dictatorship of their regimes and from the regimes of other countries, such as Russia,” she said.