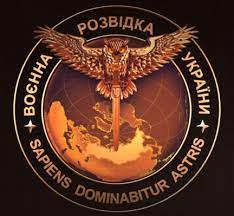 The Russkiy Mir Foundation, headed by Deputy Head of the Presidential Administration of Russia Dmitry Kozak, is one of the tools Russia uses to influence the population of Ukraine’s temporarily occupied territories, the Main Intelligence Directorate of the Ministry of Defence of Ukraine reported on its Facebook page.

“Under the guise of this foundation, a representative office of the so-called international cultural project “Russian Centre” was opened in the temporarily occupied territory of eastern Ukraine, which coordinates the work of local authorities to carry out humanitarian and cultural aggression against Ukraine,” the report reads.

Ukraine’s military intelligence notes that the so-called humanitarian units of Russia are making major efforts to completely destroy the national identity of the Ukrainian population in the temporarily occupied territories.

“They include the eradication of the Ukrainian language and culture in all spheres of life of the local population, the introduction of Russian educational standards in local schools, the imposition of distorted historical facts about the history of the region, and further mental rapprochement of Donbas residents with the population of the Russian Federation,” the Ministry stressed.

As a reminder, Dmitry Kozak still remains the main person responsible for the occupied Donbas. He was involved in the work of the so-called commission to provide humanitarian assistance to the affected territories of the southeastern districts of the Donetsk and Luhansk regions. He is also a political adviser to Russian President Vladimir Putin at the Normandy Four talks.