As of 24 May, Russians killed a total of 29 journalists, including seven in the line of duty (three Ukrainian and four foreign). Nine journalists were injured and at least 15 journalists went missing. Nine cases of capture and abduction of journalists by Russian forces were recorded. The monitoring figures are provided by the Institute of Mass Information.

At least 113 regional media outlets had to shut down due to threats from the Russian occupiers, seizure of editorial offices, inability to work under temporary occupation and print newspapers, etc. 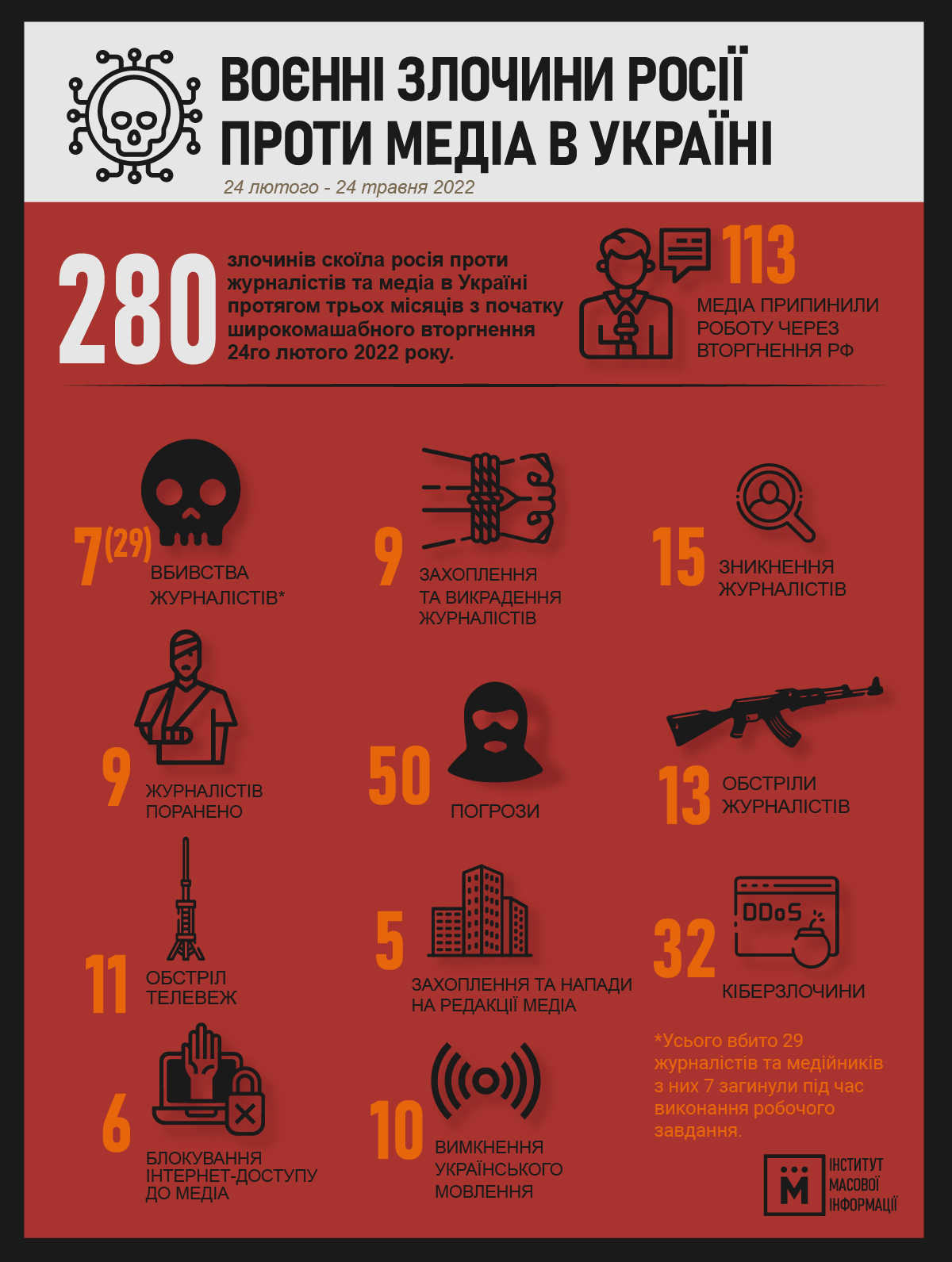