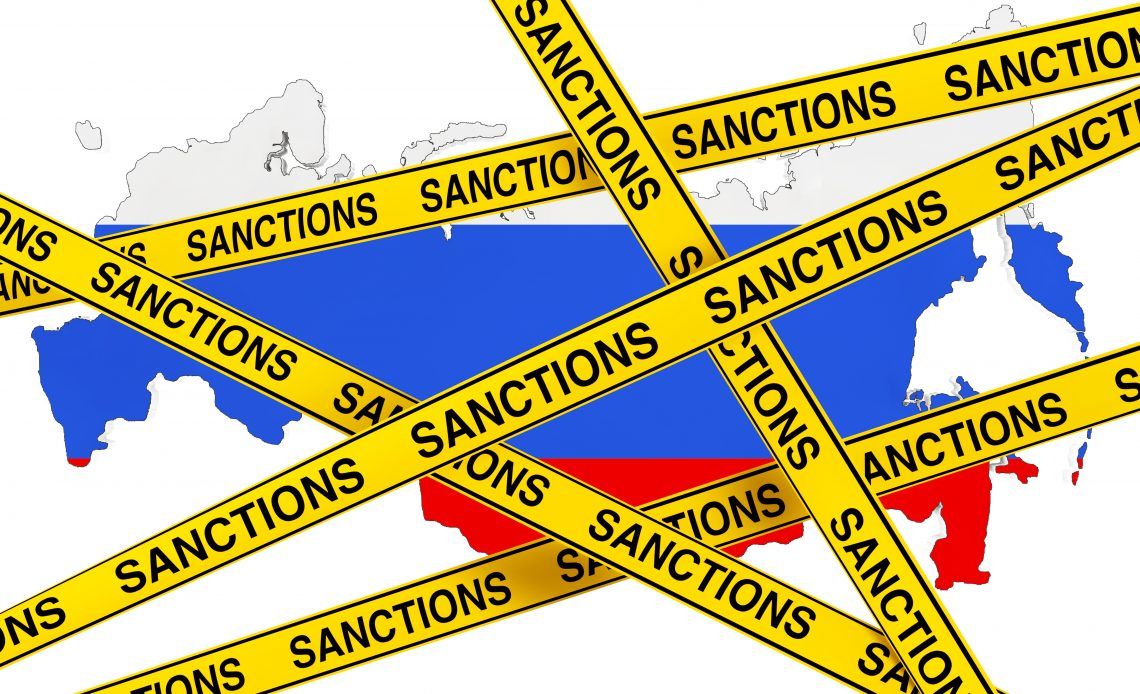 There is a long-standing tradition in Ukraine, almost since 2014, to consider Western sanctions against Russia insufficient and ineffective. There is a grain of truth in it: if it were the other way around, the Kremlin would be forced to adjust its policy, but this is not happening, and Russia is becoming even more dangerous in its external manifestations.

Although it is worth noting the other side of the matter. The toxicity of contacts with Russian business is steadily increasing. The country is turning into an international outcast, and this is undoubtedly the combined result of Western sanctions pressure and Russia’s course of self-isolation.

The latest package of sanctions imposed by the United States on 15 April is considered by many to be soft, including by U.S. President Joe Biden himself: “I was clear with President Putin that we could have gone further, but I chose not to do so.” Among the restrictions imposed, many commentators consider the most significant those that apply to Russian securities, since this greatly complicates the ability of the Russian government to take out loans on the foreign market. Less attention was paid to punishing tech companies that support Russian special services. The consequences of this step will be much more serious than it seems at first glance.

The most powerful company on the list is Positive Technologies. According to Forbes, it ranks 15th in the ranking of Russian Internet companies. Its CEO and co-founder Yury Maksimov has a fortune of $450 million. The company employs up to 1,000 people who serve more than 2,000 companies from 30 countries of the world. Among the clients of Positive Technologies are Societe Generale and ING banks, as well as such giants as Cisco, Google, Honeywell, Huawei, Microsoft, Oracle, and Schneider Electric Siemens. The company has offices in the UK and the USA. The Russian Ministry of Defence, the Ministry of Internal Affairs and the Federal Security Service of the Russian Federation are also among the major customers.

Positive Technlogies specialises in cybersecurity and hosts Hack Days once a year. The Americans believe that at such events, the company helps the Russian special services to look for useful personnel. By the way, this year’s conference is scheduled for 20-21 May. It will soon be seen how the company’s blacklisting has affected the attractiveness of its public events.

Advanced System Technology is smaller, but it also has powerful foreign customers, including General Electric, Leroy Merlin, and Toyota. AST notes Huawei, Cisco, Acronis, VMWare, and Oracle as its partners. It did not hide contracts with government agencies, including the FSB and FSO.

NeoBIT from St. Petersburg also works with the FSB, FSO, the Ministry of Defence, and at the same time – with Intel, IBM, HP, and Dell. Interestingly, a former employee of this company, Alexey Karetnikov, as Bloomberg journalists recalled, became a defendant in a major spy scandal in 2010, when a large network of Russian spies was exposed in the United States. One of the agents, Anna Chapman, received extensive media coverage. Karetnikov then worked for Microsoft.

The current sanctions against the Russian IT sector put an end to the external contracts of these specific firms. Compliance control, checking Russian technology companies for possible problems related to contacts and cooperation with them, will take tough forms. It is easier not to take any risks at all, because no one can be completely sure that any legal entity from Russia is not backed by special services. This also applies to individuals who have worked for some time for companies and organisations with a certain reputation. If the situation with Karetnikov’s employment had arisen now, Microsoft would most likely have made a different decision.

Under the new conditions, the Russian high-tech business as a whole is becoming toxic, which makes the industry specialists face the choice of emigration. The withdrawal from the international labour market, where the most interesting, most profitable and promising projects are associated with Western companies, is a very convincing negative incentive in a country where the brain drain is already at a high level. According to Nikolai Dolgushkin, chief scientific secretary of the Presidium of the Russian Academy of Sciences, the number of scientists and highly qualified specialists leaving Russia has increased fivefold since 2012, from 14,000 to almost 70,000. He announced this at a joint meeting of RAS members held on 20-21 April.

Undoubtedly, the primary merit of the fact that the best cadres are fleeing the country belongs to its leadership, as well as forcing the international community to apply sanctions against Russia. They only strengthen the processes that are already taking place where the laws and basic rules of civilised life are violated, where the loyalty to corrupt authorities is valued above critical mind and independent position. The Kremlin likes to talk about competition with the “spiritless” West. This competition has already been lost. The modern world belongs to intelligent persons. Russia has fewer and fewer reasons to be proud in this regard.