In the information war against Ukraine, Russian propagandists even use the coronavirus pandemic to promote their messages. With the help of fake news, they are trying to prove that Ukraine is “weak and helpless”. Valentyna Bykova, an information resistance expert at the International Center for Countering Russian Propaganda, for Promote Ukraine held a master class on media hygiene and refutation of disinformation on the example of a specific fake. 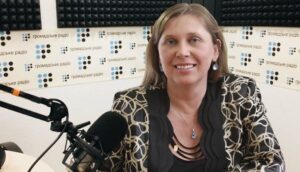 “One of the methods used for this is information about the catastrophic state of Ukrainian hospitals, which are spread on social networks from fake accounts. For greater probability, they are illustrated with photographs allegedly taken just in the medical institutions of Ukraine. But even a simple check makes it possible to prove the falsity of such information,” the expert analyzes.

On March 28, user Magas Kamenov published such a post in the Facebook group “In the world of interesting things – incidents and stories from around the world.” This is a classic, even illustrative example of disinformation, which can demonstrate the principles of constructing fake news. 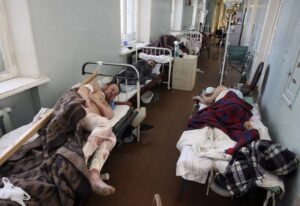 What you need to pay attention to the user of the social network to distinguish fake:

If you look at all the search links, you can even find the original source and find out where and when the photo was taken. As an example – one of the most emotionally colored photos – a photo of a child lying on a bed under a wall with peeling paint, was taken in the infectious diseases department of a children’s hospital in Tver (Russian Federation).

The author of the post is a fake account (bot). If you go to the page of the author of this information throw, you can see all the typical features of a fake account, ie a bot. It was created on March 11, 2020, specifically for the coronavirus disinformation campaign. He doesn’t have any photos or posts on his profile page, he has a small number of friends. Interestingly, the personal data of the bot indicates Grozny (Chechnya, Russian Federation). So it doesn’t take much effort to find a “Russian footprint” in this disinformation.

Thus, Russian propagandists in the information war use the method of “reflection”: they accuse Ukraine of being problems for themselves, in this case, the terrible state of the healthcare system. So don’t trust faces, check the information, and take care of information hygiene.