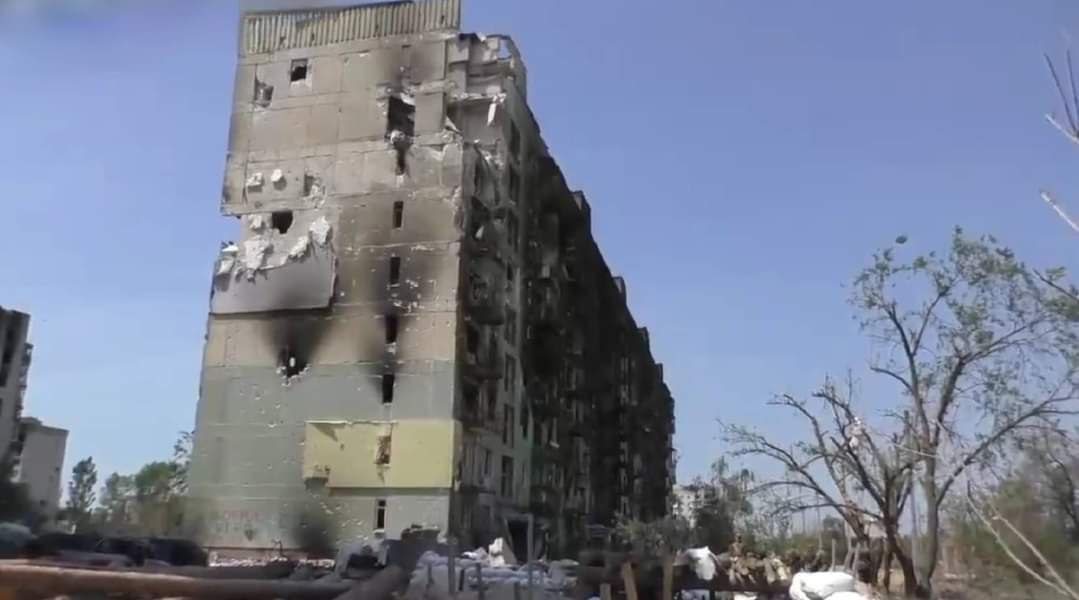 Russian troops continue to concentrate their main efforts on attempts to encircle units of the Ukrainian Defence Forces near Lysychansk in the Luhansk region, the General Staff of the Armed Forces of Ukraine has reported.

“Lysychansk suffers from airstrikes… After the capture of Sievierodonetsk, the enemy concentrated all its forces on occupying the last fortress of the Luhansk region – Lysychansk. Airstrikes were inflicted on the town, as well as in the area of ​​Bila Hora. There is a lot of destruction – Lysychansk is almost unrecognisable now. A TV tower lies on the ground, a road bridge is seriously damaged, shells hit houses, the SBU building, etc.,” Head of the Luhansk Regional State Administration Serhiy Haidai wrote.

Meanwhile, Head of the Donetsk Regional Military Administration Pavlo Kyrylenko said during an all-Ukrainian telethon that the Russian occupiers were building up their forces in the Sloviansk direction.

“We can see them building up personnel, heavy armoured vehicles and artillery in the Sloviansk direction. The enemy is following its tactics and attempting to get closer to our defence lines in order to use cannon artillery against the town in addition to missiles and aircrafts that they are systemically using in the Donetsk region. Russians do not change tactics. We saw what happened in Mariupol and Sievierodonetsk. Thus, we are preparing for any scenario in Sloviansk,” Kyrylenko noted.

He said that the entire line of contact was under continuous fire from the Russian occupiers.

One day earlier, President Volodymyr Zelensky in the evening report of 25 June reminded people that Russia had planned to capture most of Ukraine on the fifth day of a full-scale invasion, and in fact, it arranged a “missile show” on the fifth month of the war, which did not change anything strategically for it.

“It is not just the destruction of our infrastructure, it is also a very cynical, calculated pressure on the emotions of our people. But it’s not us who will be overpowered, we will overpower them. No Russian missiles, no strikes can break the morale of Ukrainians. And each of their missiles is an argument in our negotiations with partners,” the Head of State stressed.

He also added that Ukraine would return all the occupied territories and every settlement captured by the Russians.