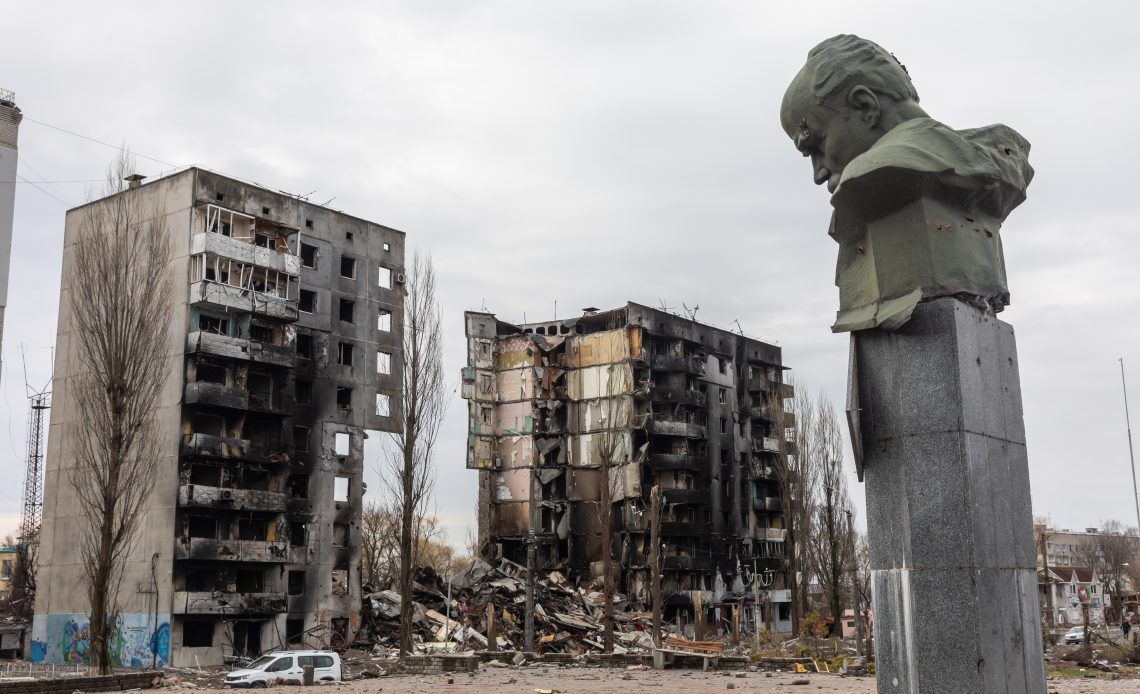 More than 200 factories and large enterprises have been damaged, destroyed, or seized in hostilities as a result of Russia‘s full-scale invasion of Ukraine.

“The first [of four stages] is to restore more than 200 factories and large enterprises, 12 airports, and more than 1,000 educational institutions, as well as nearly 300 bridges and overpasses that have been damaged, destroyed, or seized as a result of hostilities in Russia-Ukraine war,” Prime Minister Denys Shmyhal said during a discussion at the Ukraine House at the World Economic Forum in Davos.

About 25,000 km of roads have been damaged and 40 million sqm of housing have been destroyed during the fighting, he added. However, the scale of damage to Ukraine’s economy is growing daily, now standing at about $600 billion.

Shmyhal called on international partners to support the financial recovery of Ukraine through the United24 Fund and, most importantly, to promote the confiscation of frozen Russian assets so that they can be used in the reconstruction of Ukraine.