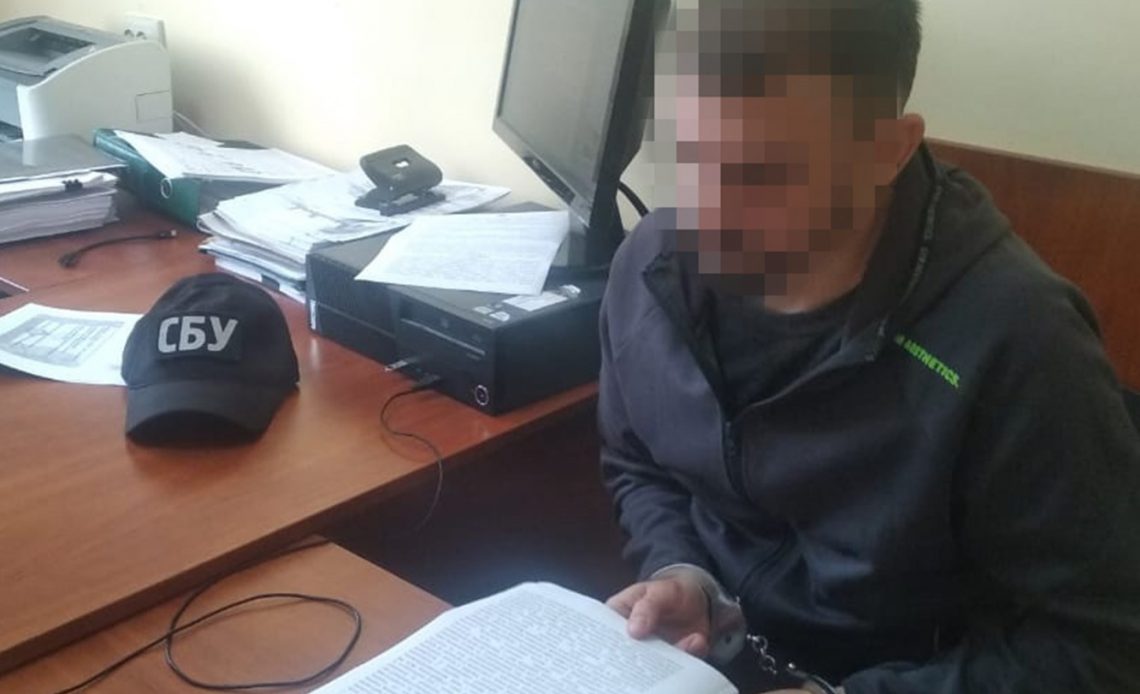 A Russian FSB agent was served with a notice of treason charges on the basis of data provided by the counterintelligence officers of the Security Service of Ukraine (SBU). It has been established that the criminal was a member of the so-called “hit pair” that assassinated a Ukrainian special forces soldier in the Rivne region in 2016. The suspect covertly smuggled weapons from Russia to commit the crime.

Another member of this group was detained in November 2016 when he was trying to cross the state border of Ukraine. The court found him guilty of a criminal offence and sentenced him to 12 years in prison.

According to the investigation data, the two above-mentioned Ukrainian citizens were recruited by Russian FSB representatives to perform reconnaissance and sabotage tasks to the detriment of the state security of Ukraine. In particular, it was established that they had arrived in Ukraine from the Russian Federation in April 2016 to collect information about members of the Armed Forces of Ukraine and employees of domestic defence enterprises.

The agents passed the information to their “curators.. Subsequently, the group members were given a task and assassinated the Ukrainian special forces soldier.

A pre-trial investigation is underway as part of the criminal proceedings initiated by SBU investigators.

Ukrainian Civil Society Appeals to U.S. President Ahead of His Talks with Putin

'Much More Blood May Be Shed This Time'