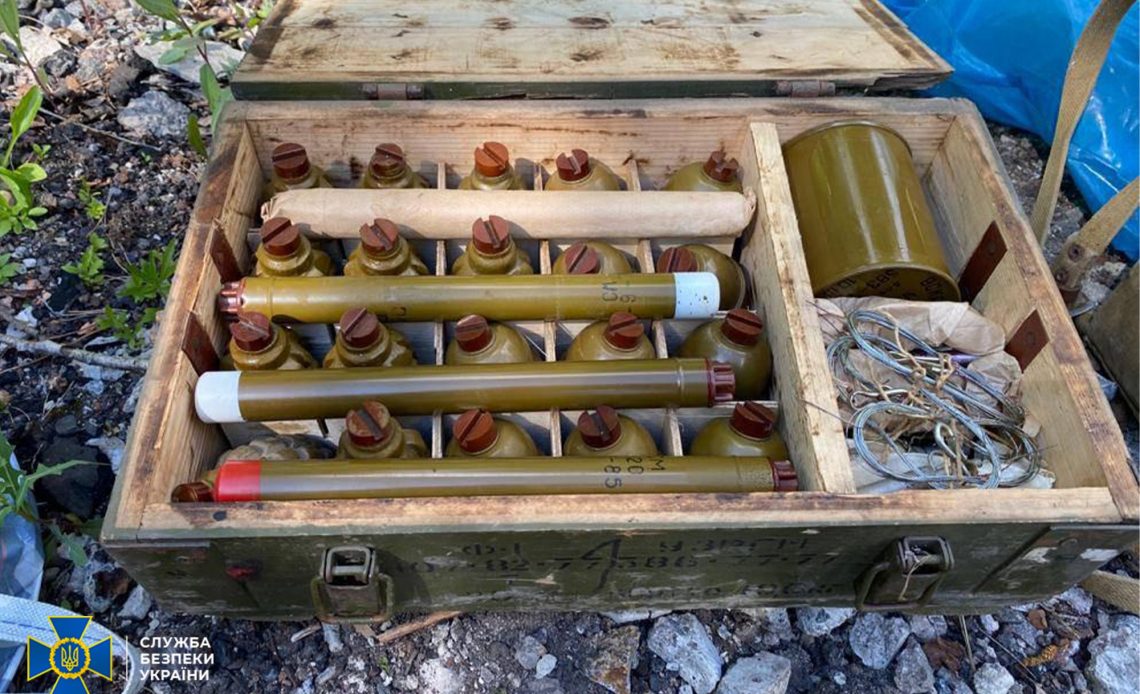 The Security Service of Ukraine (SBU) exposed two hidden arsenals of weapons in the Luhansk and Rivne regions.

The cache found near Severodonetsk was made by the so-called “First Deputy Prime Minister of Luhansk People’s Republic” in 2014. He is currently on the national wanted list for participating in a terrorist organisation.

The law enforcement officers seized the following things from the cache in the underground storage of the former household of militants’ leader in Bobrove village:

The following things were seized from the hiding place in a forest strip:

Currently, the information on the sources of these means of destruction, persons involved in the cache arrangement, and the purpose of possible use are being established.