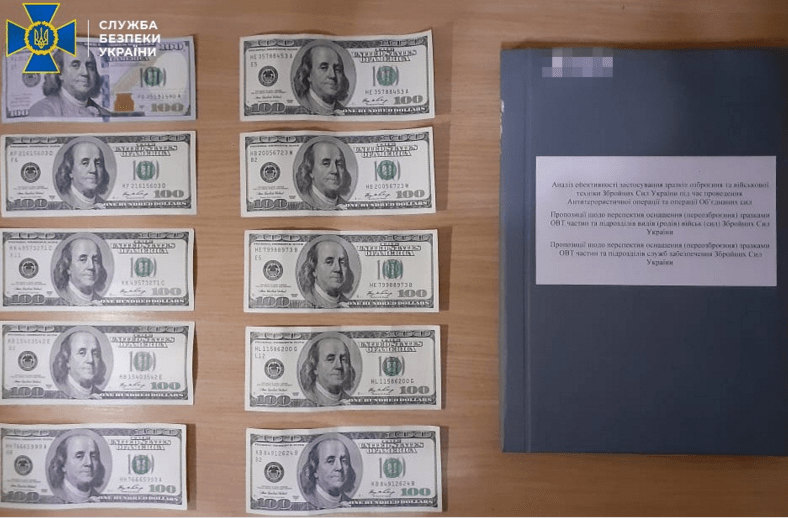 Counterintelligence officers of the Security Service of Ukraine (SBU) exposed two Ukrainian citizens who had been recruited by the Federal Security Service of the Russian Federation (FSB) and were collecting classified information on combat readiness and equipment of the Armed Forces of Ukraine.

The SBU operatives documented that the agents had been tasked with obtaining secret documents, in particular, on the effectiveness of the use of new models of weapons and military equipment of the Armed Forces of Ukraine during the Anti-Terrorist Operation and the Joint Forces Operation. They also had to learn about the prospects of equipping and rearming units and subdivisions of the Ukrainian army. To carry out the task, the agents of the enemy special services tried to recruit an intelligence officer from one of the military units for money.

Investigators and counterintelligence officers of the Security Service of Ukraine detained agents of the Russian secret service during the controlled transfer of “secret” documents and attempts to forward them to Russian curators through agreed channels of communication. The operation took place in accordance with Article 208 of the Code of Criminal Procedure of Ukraine.

Procedural measures are being taken against the exposed FSB agents under Part 1 of Article 111 (treason) of the Criminal Code of Ukraine.

Chair of the EU-Ukraine delegation in the EP Witold Waszczykowski: “There are myths and naiveté in the West towards Russia”