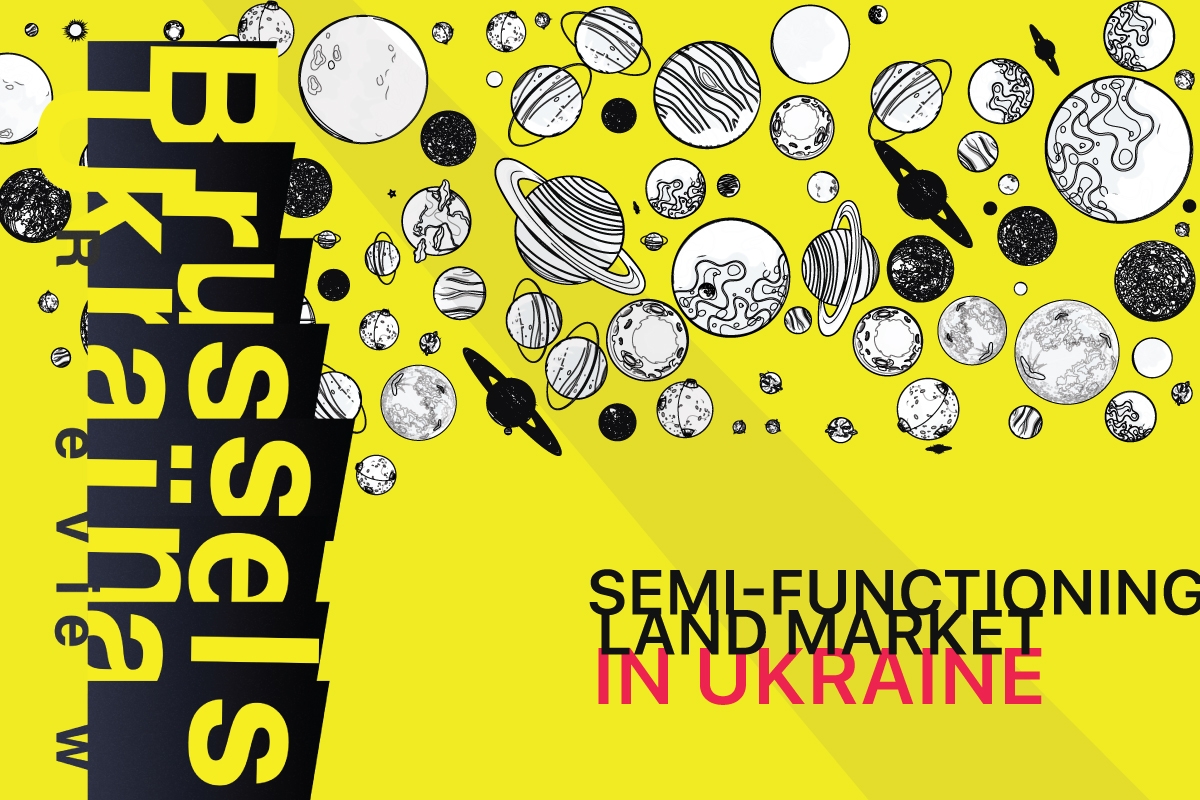 After the lifting of the moratorium, it will not be immediately easy to conduct business in Ukraine. There is a lot of work to be done

Leaving the political aspects aside, it becomes clear that the market is operating, although in its limited form. At present, the moratorium on the sale of land applies to land used “for commercial agriculture” (which represents more than 80 percent of all land used agriculturally). At the same time, lands used for personal farming, which are also classified as “agricultural” land and may be used commercially, can, with certain restrictions, be sold (subject to the notary’s consent to conclude such deal). The land rental market is also functioning effectively.

At the same time, neither a farmer nor a tenant can use land they own as collateral for bank loans. Also having funds, the farmer cannot purchase the required amount of land. According to experts, such conditions hamper the development of farming, especially small farming. Market conditions force agricultural producers to seek other tools for the land turnover regulation in accordance with legislative requirements. This applies primarily to the purchase of corporate rights of companies that have already concluded land lease contracts, lease of land shares (long-term lease) for a long term (15-20 years), or emphyteusis (up to 49 years).

Draft law on turnover of land

The new government has decided to lift the ban in the Land Code on the alienation of agricultural land, having introduced only restrictions on the total area of land owned by a citizen or a legal entity of Ukraine (related persons) within one region of a maximum of 15 percent of agricultural land of such region and a maximum of 0.5 percent of the agricultural land of Ukraine, which is stipulated by the draft Law of Ukraine “On Amendments to Some Legislative Acts of Ukraine on the turnover of agricultural land”. In addition, a tenant will have the privileged right to purchase agricultural land. Also, in accordance with the propositions of the new government set out in the draft law, lifting the moratorium will give the right to purchase Ukrainian lands only to individuals and legal entities of Ukraine. On one hand, it will meet the interests of those concerned about the invasion of foreigners, but on the other, there will remain a market with figureheads who will act in the interests of foreigners.

Market opening is not a simultaneous sale

Can we expect the immediate resale of land after the opening of the land market? We asked the land relations expert, head of GisTechnology – Yuri Patyk. According to him, “[t]he opening of the land market does not necessary mean the sale of the land. People who are waiting for the opening of this market need the rules and, in fact, ‘permission’ to exercise the right to manage their own property. In addition, the land, as the object of right of property, should be legally formalized: the cadastral number should be assigned, and the ownership of the land should be registered in the immovable property rights state register. Before the State Land Cadastre came into force major errors were made in the course of land allocation. This has led to the fact that not all land plots of citizens of Ukraine are recorded in the State Land Cadastre, indicating their boundaries, location, properties, fertility of the land, and quality. Besides, if you refer to the public cadastral map, you can see that the boundaries of many land plots overlap or cross the boundaries of other plots.

This problem also concerns land owned by the state, which is about 60 percent of the resources that can potentially be put up for sale. However, these lands are also not registered properly as ‘objects’. All the land cannot be bought; this is simply impossible, since at least an inventory of land must be made first.

The sale of land will also be limited by the fact that more than 65 percent of all agricultural land is under contracts (leased) and the change of owner cannot become a ground for termination of such a lease. This means that the land will be used by the tenant within the period specified in the lease.

The benefits of a land market opening

Yurii Patyk emphasizes that land under the moratorium cannot serve as collateral for a bank loan. This prevents agricultural producers from using the land as a financial tool. Currently the agricultural producer leases land and forms a ‘land bank’ (land lease fund) in accordance with the lease agreements signed and registered according to the legislation of Ukraine. This enterprise may then sell its corporate rights to this ‘land bank’ to another enterprise. The market seems to be operating somehow, but if the land issue moves from the political arena to the economic one, then particular companies will be much more interested in buying land, as they will be able to use it as owners and managers, and also as an investment tool.

At the same time, Yurii Patyk believes that it is difficult to make any forecasts about the market, given the political and economic situation in the country, as well as the set of unresolved aspects in the field of land law. An investor who wants to run a proper agribusiness in Ukraine is interested in transparency of rules, which is related to the proper legal mechanism of the land market, taxation, protection of investments and business against corruption and criminal encroachments (raiding or unlawful appropriation of another’s property). There is still much work to be done for Ukraine.

Another very important factor is the profitability of agribusiness itself. One possible scenario is when the price per hectare increases the payback period and reduces the attractiveness of the land as an object for investment. Thus, there is a high possibility that agricultural producers will be more interested in leasing land rather than purchasing it.

The lifting of the moratorium on the alienation of agricultural lands will not immediately lead to the transparent agribusiness in Ukraine. Firstly, the State Land Cadastre should be arranged properly and an audit of agricultural land is required. At the same time, even if it is done, it will not mean that land owners will immediately agree to sell the land, and investors, in particular, foreign investors will invest in the Ukrainian agricultural sector. The volatility of the political and economic situation, the lack of legislation and the uncertainty in terms of investment security can be the major constraining factors to the full activation of the land market.

Article from the 1st edition of the Brussels Ukraїna Review