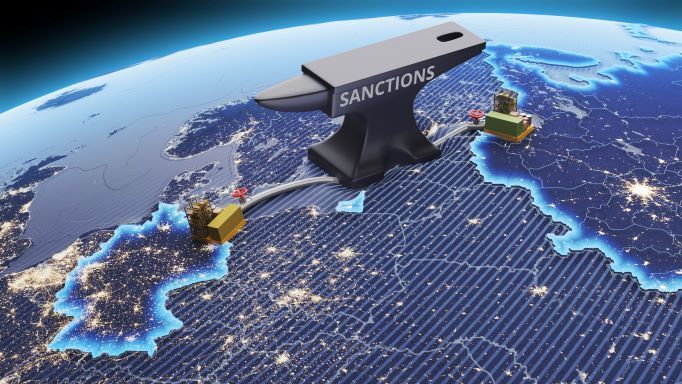 It has been a long time since the deal between the United States and Germany was announced to complete the construction of Russia’s Nord Stream 2 gas pipeline but criticism still hails on it.

Moreover, attempts to continue the fight against this project do not abate. Fourteen U.S. Senate Banking Committee Republicans sent a letter to Treasury Secretary Janet Yellen warning that they would oppose two Treasury nominees until the administration imposes mandatory sanctions on Nord Stream II AG (NS2AG). They noted in the letter that “the Nord Stream II gas pipeline directly harms the national security interests of the United States and our allies and partners. If completed, this project will increase Vladimir Putin’s malign influence over Europe, destabilise Ukraine’s fragile security, and encourage further Russian aggression.”

Senators say that pursuant to the Countering America’s Adversaries Through Sanctions Act, the White House must have imposed sanctions on NS2AG as the Department of State recorded its transactions with previously-sanctioned entities. It is clear that this démarche is both part of a domestic struggle between Republicans and Democrats, but its positive consequence is that additional attention is paid to Russia’s potential attempts to blackmail partner European buyers, although the agreement signed by Biden and Merkel states their readiness to oppose such a scenario.

Annalena Baerbock, the Alliance 90/The Greens’ candidate to be chancellor of Germany, once again confirmed her rejection of the Nord Stream 2 project. In an interview with the Frankfurter Allgemeine Zeitung, she said that “this pipeline is a bad idea for reasons tied to climate policy, but primarily for geostrategic reasons” because it is aimed at splitting the European Union and against Ukraine’s security. Again, there are all signs of party positioning in the months leading up to the parliamentary elections, and given the high popularity of The Greens, the issue of Russian threat will definitely be in the spotlight of the German and European media landscape on the whole.

No wonder, according to Bloomberg sources, the Kremlin is ready to make every effort to block Baerbock’s path to office. The Greens have already appealed to the German secret services due to numerous cyberattacks. Disinformation campaigns have been deployed against Baerbock on social networks, very similar in ploys to Russian special services and propagandist sockpuppet farms.

Ukraine and Poland, represented by foreign ministers Dmytro Kuleba and Zbigniew Rau, stated that the countries “will cooperate with their allies and partners to counter the launch of Nord Stream 2 until solutions are developed to overcome the security crisis and support countries in their aspirations to become members of Western democratic institutions, minimising threats to peace and energy security.”

So, the struggle continues, and it is very important that no one has the illusion that the aggressive nature of the Putin’s regime has been forgotten and forgiven. This is not the case as evidenced by the latest description of modern Russia attributed to Joe Biden on 27 July during a meeting with intelligence representatives at the Office of the Director of National Intelligence. Putin, according to the U.S. president, “is sitting on top of an economy that has nuclear weapons and oil wells and nothing else.” Therefore, the Russian leader “knows he’s in real trouble, which makes him even more dangerous.” In fact, the ways to counter this danger more effectively will be discussed at a meeting between the presidents of Ukraine and the United States in a month.

Undoubtedly, Ukraine wishes the launch of Nord Stream 2 were prevented here and now, but since Germany and the United States chose a different course of action, it makes no sense to show resentment and accuse key partners of betraying Ukrainian interests. After all, Ukraine is mentioned a dozen times in a short wording of the agreement, including in its title. Another thing is that the leadership of Ukraine and its diplomatic corps must constantly remind Berlin and Washington of their commitments to support our country and protect its economic interests, and it is desirable to use counter proposals to the fullest.

It is already clear that the West chose to play a long game against Putin’s Russia. No one will use yet another occasion to push it into the abyss towards which it is rolling. And Biden’s words about the Russian economy, which has “nothing else” but nuclear weapons and oil, show that there is no doubt about Russia’s track of development. The article on Politico, a Democrat-oriented outlet by the way, confirms the nature of strategy chosen. Citing representatives of the Biden administration, the article reveals the White House’s reluctance to significantly increase pressure on Putin and his entourage for fear that the already unpredictable regime will fall into chaos and, given its nuclear arsenal, will pose a much more serious threat to the world than it does now. Of course, Ukraine would like the aggressor to be punished as soon as possible but, again, from the strategic point of view, it is more important for Ukraine to fit into the West’s overall plan of action against the Kremlin, to become its integral part.

The German–U.S. agreement invites Ukraine to start moving more actively towards the future – the green economy – and reduce its dependence on the transit pipe that ties the country to Russia. In five to 15 years, Russia seems to lose the ability to dictate market conditions based on its own oil and gas fields. The qualitative transition of the world’s leading economies could be beyond what the Russian economy can manage as it has been stagnant for decades, becoming less attractive for foreign investment and suffering the negative consequences of a massive brain drain from the police regime, which is growing increasingly mad.  Ukraine’s task is to do everything possible not to be left alone with such Russia in the past. They offer the future, so we should take it greedily and resolutely.