Suspended justice or “we may all die”

In Ukraine, in tens of thousands of citizens, the right to a trial is under threat.

After all, due to quarantine in the judiciary, there is a mass postponement of meetings. In economic and administrative proceedings for 1 – 2 calendar months, and in district courts for 4 – 8 and more. The legal community also complains about the work of the executive service of the Ministry of Justice. Promote Ukraine asked experts for their opinion on the situation. 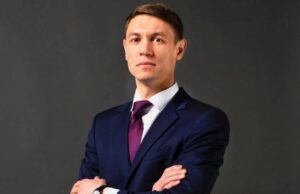 Anatoliy Yarovy, lawyer, senior partner of Radzievsky and Yarovy JSC, head of the practice of representation of interests in the European Court of Human Rights

As we know, the right to a court is one of the fundamental ones provided by the European Convention on Human Rights. In March and April 2020, in the context of the health crisis through COVID-19, Latvia, Romania, Armenia, the Republic of Moldova, Estonia, Georgia, Albania, and Northern Macedonia notified the Secretary-General of the Council of Europe of their decision to derogate from some provisions of the Convention. This means that such states have in fact recognized that they are temporarily unable to ensure respect for all human rights. At the same time, the Secretary-General of the Council of Europe Maria Peichinovych-Burych stated that the coronavirus epidemic should not be a reason for states to violate the fundamental rights and freedoms of citizens.

Ukraine has not declared a derogation from some provisions of the Convention, although in our country now, in fact, there are restrictions on many rights. Let me remind you that the courts do not belong to the bodies whose work was terminated by the “quarantine” resolution of the Cabinet of Ministers №211, and therefore formally they have to work fully during the quarantine.

Why then is consideration postponed in many cases and what could be the consequences? Unfortunately, the vague wording of the quarantine rules and the low legal culture has led many litigants to use the quarantine to prolong the proceedings, while having an objective opportunity to appear in court.

In this case, the main reason for postponing the case, which is used by the parties – is the allegation of being in isolation in connection with contact with the sick. As it is virtually impossible to verify, the courts are forced to adjourn cases.

For example, in one of them, the prosecutor even asked to prosecute a lawyer who asked for the case to be adjourned due to his self-isolation. But on the day of the trial, he was seen on the street far from his place of residence. As a result, the court found the reasons for non-appearance disrespectful and involved a public defender.

When the hearing is withdrawn from consideration by the court itself, without specifying specific legal grounds, and the judge himself is not on sick leave or leave – it is a complete arbitrariness and violation of the rights of participants to the court with a reasonable time.

Procrastination not only violates the right to a court, but also negatively affects other human rights – property, personal integrity, and so on. Today, numerous property disputes are “hanging” in the courts, family disputes – about determining the place of residence of children, not to mention labor – re-employment and others.

The more time passes, the more difficult it is to restore the violated rights not only for legal reasons (loss of evidence, change of position of witnesses, change of owners of the property “squeezed” by raiders) but also for purely psychological ones – against the background of the  greater calamity, the court begins to disdain and dismiss the pressing problems of the parties to the dispute, which do not look so catastrophic compared to the slogans “we can all die.”

In the case of unjustified seizure of funds or property – not to mention the impossibility of returning them to the owner, unfortunately, no one will reimburse the lost benefits or interest for their illegal seizure due to the quarantine delay of such cases. 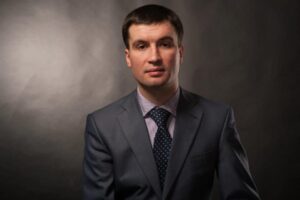 Today the situation with the work of the Department of the State Executive Service of the Ministry of Justice of Ukraine is very negative. For example, during the quarantine, I was approached by several clients who were outraged by the arrest of their card accounts by the executive service. All at once, without warning. The information was reported by the relevant bank. And this is quarantine, limited communication, online payments, and how to pay?

An even worse case was for a client who was also arrested for an enforcement case in which the debt had already been paid. Arriving at the building of the executive service during office hours, we made sure that no one was waiting for us. The security guard said that all the executors work at home through quarantine, the management is also out of place, appeals and complaints are not accepted through the office, he does not provide personal phones. Here are the bells wherever you want. It took more than two weeks to contact the executor. 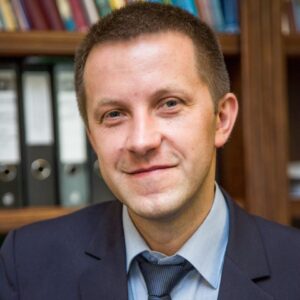 Of course, in conditions of pandemic and quarantine, the judiciary operates in a different mode than usual – there are restrictions on access to court hearings, access to case materials, or suspension of procedural deadlines. At the same time, justice is administered remotely – anyone can file lawsuits or petitions through the electronic system “E-court”, participate in court hearings by video conference, submit evidence and exercise their procedural rights.

The state of execution of court decisions, under conditions of quarantine, has significantly deteriorated. The lack of clear state policy and the unprofessional leadership of the Ministry of Justice does nothing to improve the enforcement of court decisions. 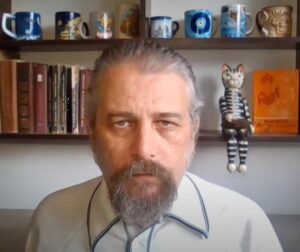 The problem is much more serious than just a series of adjourned court hearings. The fact is that the Verkhovna Rada passed a law that extends almost all procedural terms for the period of quarantine announced by the government. This means that it is impossible to consider almost any case at all (except for criminal and administrative offenses). The consequences can be very serious for the judiciary as a whole. She has long been overwhelmed with cases. In fact, almost half of the positions in the courts are vacant: there is a lack of judges themselves. This has long led to delays in cases, and working judges have felt extreme stress due to the amount of work. Now that the cases have been almost unresolved for almost two months, except for the most urgent ones, this could lead to the final collapse of the judiciary.

On the other hand, of course, there is a need to establish the work of courts with maximum security against infection of participants in the process and employees with coronavirus.