Countries use technologies to inform citizens about problems or needs, to consult about making some decisions and for the decision-making process itself. However, sometimes they are faced with a situation in which they have to choose what is more important: to guarantee state security or the respect for human rights?

Information technologies as a lever of influence in crisis situations 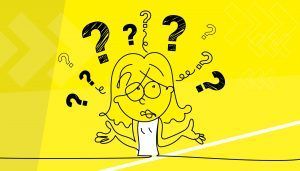 The debate is still ongoing in Ukraine whether it’s more important to guarantee national security or the right to access information. After all, a decision to block a number of Russian services and sites was made amid the Russian-Ukrainian war in 2017 and extended in 2020. Part of society has adapted to this situation, realising that this measure reduces the impact of pro-Russian social media and resources, and others have begun to use services that help block restrictions, while the debate has not ended.

Every year, digital technologies provide breeding grounds for such discussions, and the use of digital technologies, for example, in China, has exacerbated the situation of uncertainty, insofar as the so-called social credit system in China provides the ability to fully assess the actions of people and to limit their actions in accordance with set criteria. Big data of government agencies, court decisions and mobile operators’ data are just a small part of what is used in this country to add points to citizens’ individual scores. If a person violates public order by smoking on a train or being late with paying off a debt, this information may be published on a public website.

For instance, in 2018, the Chinese authorities banned 169 passengers from travelling by train and plane due to non-payment of debts or inappropriate behaviour during flight. One can check the list of “unreliable citizens,” i.e. people with low social credit levels, on the website https://www.creditchina.gov.cn/.

The Individual Credit section comprises lists of illegal fundraising in the financial sector, serious financial violations, a list of persons banned from flying, a list of arrears of wages to migrant workers, a list of unreliable persons subject to enforcement of judicial decisions, a list of illegal or unreliable companies, and a list of persons who committed serious offences. Moreover, the PRC forms a rating of cities with the highest social credit level. Over the period from 1 January to 31 December 2019, Beijing was declared the winner, having 89.85 points.

You must have already heard about the Ukrainian Dii Vdoma application that helps to monitor compliance with mandatory self-isolation during coronavirus quarantine and to communicate with people. Similar applications operate in other countries as well.

And if you think that technologies only help people get the services they need amid the pandemic, the example of China shows how dangerous this can be.

Initially, the three largest telecommunications companies in China sent mass text messages, offering to inform clients about the spread of coronavirus in the cities they visited (staying for four hours or longer) over the past 15 or 30 days.

However, the city authorities took it a step further. The residents of Shanghai and Shenzhen are required to pre-register for the city subway services as only those who confirm their data in the mobile application will be able to take a subway train. The main goal is to monitor citizens who may have been in contact with people suspected of being infected and then to track the contacts of these people. Cinemas offer a similar system before going to the movies.

In fact, some technology companies use colour QR codes (green, yellow and red). Green QR code allows a person to enter the city, yellow provides for a 7-day isolation period, and red for 14-day isolation. In some populated localities, it is required to inform about people who bought anti-flu and antiviral medicines.

Many initiatives for tracking people’s movement in China have been submitted for consideration to local authorities. And although the situation with the spread of COVID-19 forces the authorities to set certain restrictions to protect all citizens, it is the pandemic that can become a reason for making registration and authentication systems mandatory, while in the future the collected data can be used against citizens themselves.

For example, the city of Hangzhou plans to introduce a regular online health tracking system that would score points through the use of a mobile application. Accordingly, the scores will be based on various factors, including electronic medical records, the results of medical examinations and lifestyle choices: level of alcohol intake and hours of sleep. That is, the number of cigarettes smoked will make one’s rating go down, and regular exercise will facilitate going up.

However, a question arises immediately: what about people affected by chronic diseases? What impact will such a Personal Health Index influence have on their lives and social relationships? Won’t certain groups of the population be marginalised?

Health is a priority for a country, though. It is important to remember that technologies primarily aim to make people’s lives easier, and they must be used with the observance of fundamental human rights. That is why, many organisations have signed corresponding statements at the international and national levels, indicating that human rights must be protected when using electronic tracking technologies to combat the pandemic. 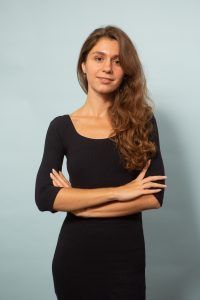 Will the new approaches toward the use of technologies become a “norm”? Obviously, it depends on how much people are willing to provide their personal data and whether the relevant organisations are committed to protecting their rights and putting these issues on the agenda. After all, technologies should primarily help people, not harm them!