The SBU Seized Almost 100,000 Rounds of Ammunition from Militants in Donbas 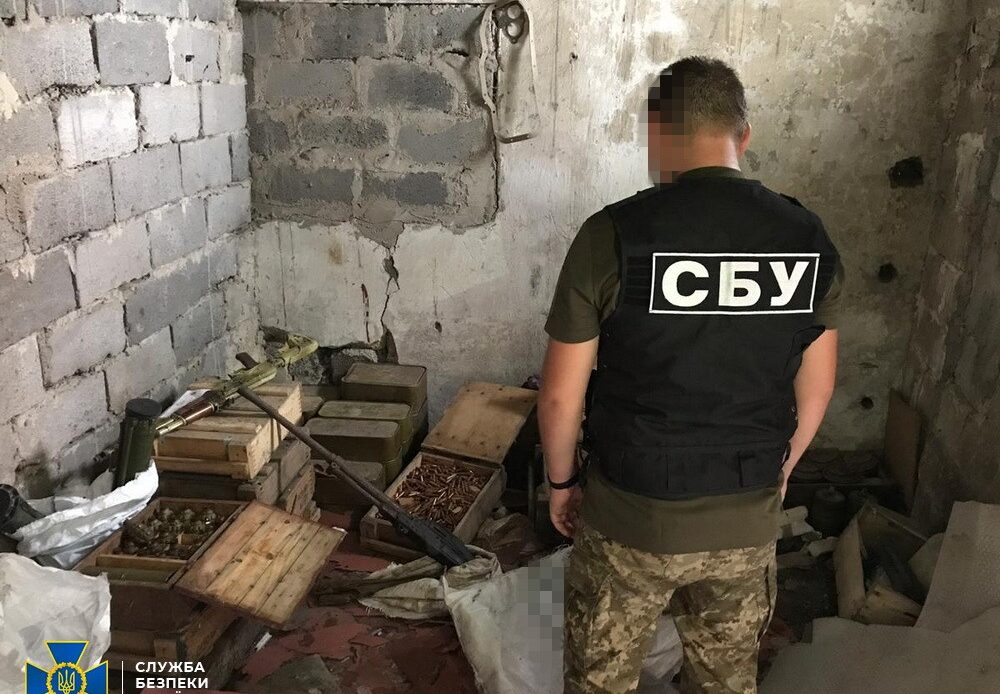 In 2020, the Security Service of Ukraine in the area of the Joint Forces Operation seized more than 137 kilograms of TNT, plastid and artillery gunpowder, more than 40 firearms and almost 100,000 rounds of ammunition from the shelters of Russian-backed militants.

Also during special operations, law enforcement officers detained members of three inter-regional organised groups engaged in the illegal sale of weapons, including representatives of criminal circles. Thirteen suspects were informed about the suspicion of committing a crime. Two perpetrators were sentenced to different terms of imprisonment.

In addition, in the Luhansk region, SBU officers exposed three caches of weapons and ammunition planted by a subversive group of illegal armed groups. TNT, incendiaries, RGD and F-1 grenades, a Kalashnikov assault rifle, a pistol and a large number of ammunition were seized from the caches set up at the militant leader’s residence and in a forest strip near Lysychansk.

During the investigation, the involvement of saboteurs in the mining of bridges, as well as sections of railways and highways in Lysychansk and Popasnyansky districts, was established. One of the defendants has been arrested and is currently in custody. Other members of the group are wanted.

In turn, in the Donetsk region, law enforcement officers confiscated an TM-62M anti-tank mine, a hand-held anti-tank grenade launcher, five grenade launchers and 10 F-1 and RGD-5 grenade shells from a shelter equipped in a private house of a resident of Bakhmut, a gang militant. A detonator for the MVCh-62 mine, nine UZRGM and UZRGM-2 incendiaries and 600 cartridges of 5.45 mm were also found.

According to operative information, the malefactor took an active part in hostilities against the forces of the anti-terrorist operation. He is currently hiding from the investigation in the Donetsk and Luhansk oblasts, which are temporarily out of the control of the Ukrainian authorities.

Measures to withdraw from the illicit circulation of military weapons were carried out jointly with the National Police under the procedural guidance of the Prosecutor’s Office in cooperation with the State Emergency Service.