The SSU Exposed an Organized Group that Sold Weapons 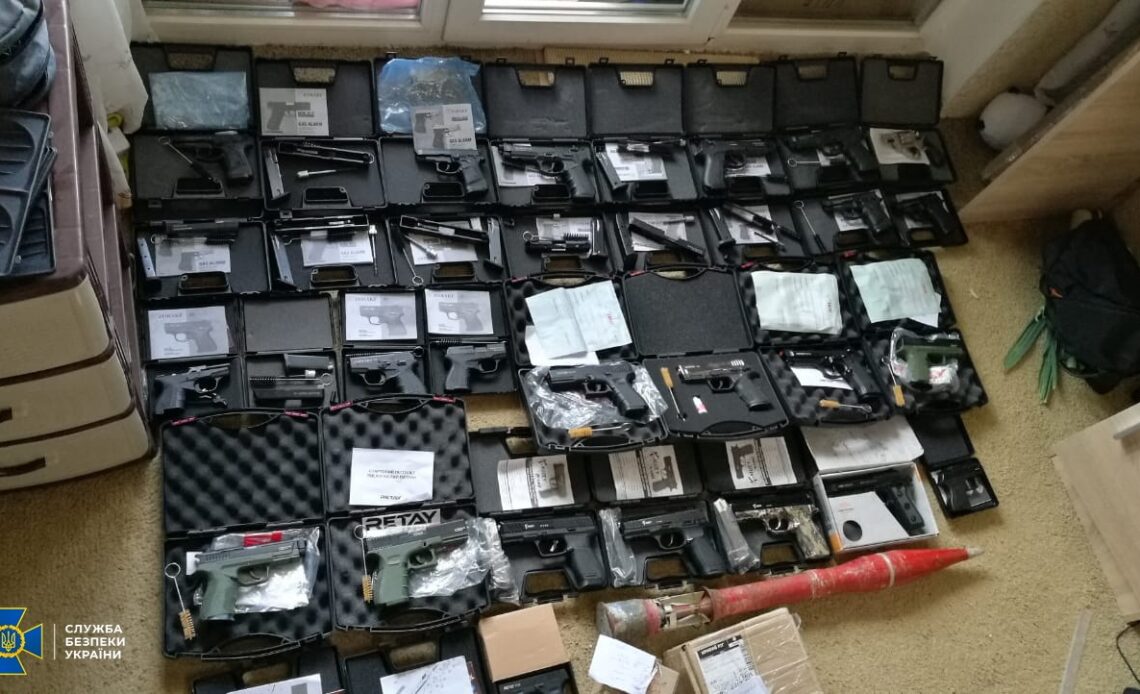 On the eve of the local elections, in Kryvyi Rih, the Security Service of Ukraine together with the National Police exposed the organisers of an inter-regional group that sold weapons and ammunition. This was reported by the website of the department.

The SSU established that the defendants were also members of one of the public associations controlled by Russia.

According to the preliminary version of the investigation, the organisers of the group, two locals, were engaged in bringing into combat condition starting pistols, which they received in bulk from their accomplices from different regions of the country, including Kharkiv. To process and store the means of destruction, the defendants used their own apartments and a garage, where a workshop for “modernisation” of weapons was arranged. The attackers sold the finished products in closed Internet groups and on specialised websites.

During the investigative and operational actions at the places of residence and in the auxiliary premises of the criminals, law enforcement officers seized 50 weapons, a large number of ammunition and spare parts for weapons, grenades, silencers, special equipment, and draft records with evidence of illegal activity.

The organisers of the group also found documentary materials on their participation in the so-called “Assembly of Indigenous Peoples of the Russian Land Veche of Rus,” which promotes separatist ideas to the detriment of the territorial integrity of Ukraine. According to operative information, foreign curators of the organisation could use the “dark” representatives of the cell to carry out extremist actions during the local elections.

Investigative actions are underway to establish all the circumstances of the offense and bring to justice other persons involved in illegal activities.