The whole truth about the deportation of Crimean Tatars 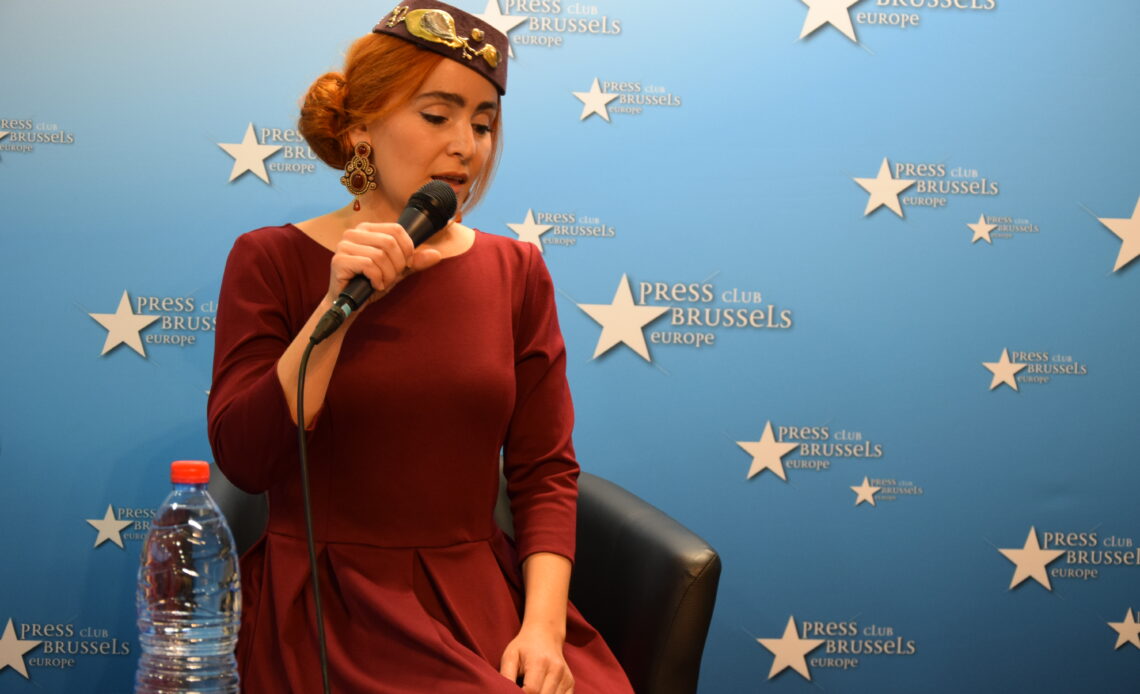 Having illegally annexed Crimea, the Russian authorities remembered and improved the methods of the Stalin regime in relation to the Crimean Tatars.

That is why it is imperative to know and remember the truth about the forcible resettlement by the Soviet government of an entire nation from its historical homeland.

Plans for the deportation of the Crimean Tatars were developed already during the liberation of Crimea from the troops of Germany and its allies.  On May 18, 1944, the Communist Stalin regime carried out one of its worst crimes – the eviction of Crimean Tatars from their homeland to Central Asia and remote regions of Russia. This action was accompanied by numerous casualties, broke the fate of hundreds of thousands of people, forced an entire people to live far beyond their native lands for decades. Several generations of Crimean Tatars grew up in exile.

Accusations of cooperation with the Third Reich became the basis for deportation, despite the fact that representatives of the Crimean Tatar people fought in the Red Army, participated in the partisan movement. 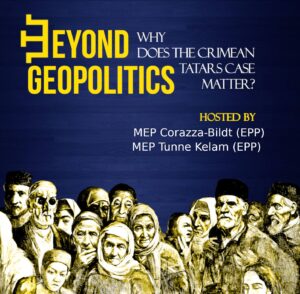 Even those from the Crimean Tatars who were evacuated from Crimea before the arrival of German troops in 1941 and managed to return from evacuation in April-May 1944 after the expulsion of the Nazis from the peninsula were subjected to deportation. They did not live under occupation and could not participate in collaborationist groups. All the party and Soviet leaders of the Crimean Autonomous Republic were also deported. This was explained by the need for managers in the new location.

The deportation operation began early on the morning of May 18, 1944 and ended at 16 hours on May 20. People were given from a few minutes to half an hour to gather, after which they were transported by truck to the railway stations.  From there, trains with them were sent to places of exile.

According to eyewitnesses, those who resisted or could not walk were often shot on the spot. Deportees were rarely fed on the road.  In some echelons, people received food for the first and last time in the second week of the journey. The deceased were buried hastily near the railway track or simply left in place.

In a telegram from the USSR People’s Commissariat of Internal Affairs (NKVD) to Stalin, it was said that 183,155 people were evicted (excluding servicemen of the Red Army who were sent to special settlement after the demobilization of 1945).

Most of them were deported to Uzbekistan (151,136 people) and the adjacent regions of Kazakhstan (4,286 people) and Tajikistan, small groups were sent to the Mari Autonomous Soviet Socialist Republic (8,597 people), to the Kostroma region. A significant part of the Crimean Tatars was transferred “for labor use” at mines, factories, and construction sites, where most of them did not have basic conditions for life and work.

According to the estimates of modern researchers, the real human losses during the transportation of Crimean Tatars to the east amounted to 7,889 people. A significant number of settlers died from starvation and disease in 1944-1946. Estimates of the number of deaths during this period vary greatly: from 15 – 25%, according to various Soviet official bodies, to 46%, according to the estimates of activists of the Crimean Tatar movement, who collected information about the victims in the 1960s.

In total, about 45,000 Crimean Tatars died in the first two years after deportation. For 12 years until 1956, the Crimean Tatars had the status of special settlers. They had various restrictions on their rights, in particular, a ban on unauthorized (without the written permission of the special commandant’s office) crossing the border of the special settlement and criminal punishment for its violation. Numerous cases are known when people were sentenced to long-term (up to 25 years) camp terms for visiting relatives in neighboring villages whose territory belonged to another special settlement.

After the deportation of the Crimean Tatars, two decrees of 1945 and 1948 renamed all (with the exception of Bakhchisaray, Dzhankoy, Ishuni, Sak and Sudak) settlements in Crimea whose names were of Crimean Tatar origin (more than 80% of the total number of Crimean settlements).

The deportation of an entire nation was carried out even despite the merits of the Crimean Tatars to the USSR. On the eve of the war, more than 5,000 Crimean Tatars were called up for the Red Army, and about 16,000 more during the period 1941-1945. At least seven of them were awarded the title of Hero of the Soviet Union, and the outstanding pilot ace Amet-Khan Sultan, who flew 603 sorties, conducted 150 air battles, personally shot down 30 German planes and 19 planes – in formation, became twice Hero of the Soviet Union.

Abdraim Reshidov is a national hero of the Crimean Tatar people. Soviet pilot ace.  In total, during the years of the war, A.Reshidov made 222 sorties. In air battles, his crew shot down 8 enemy planes.

Despite this, the Crimean Tatars, who fought in parts of the Red Army, were also deported after demobilization. So, immediately after the victory over Nazi Germany, in May 1945, several thousand Crimean Tatars were deported from active units of the Red Army. There are exceptions when certain officers from among the Crimean Tatars were not sent to deportation places as special settlers (for example, pilots Amet-Khan Sultan, Emir Usein Chalbash), but they were forbidden to live in Crimea. 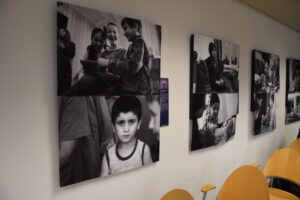 In addition to the Crimean Tatars, at the beginning of the war, Germans who lived in the USSR were repressed. The rapid advance of the German troops did not allow a total deportation, the men of draft age were sent first of all. More than 61,000 people, including 11,000 who were connected with the Germans by family ties, were exported from Crimea. Representatives of this people were taken to Siberia and Kazakhstan. After the liberation of Crimea from the Nazis in 1944, another 2,300 Germans were expelled from Crimea to the Omsk region.

For a few days in June 1944, the NKVD authorities evicted from the Crimea to a special settlement in Guryevsk (now Atyrau, Kazakhstan), Molotov (now Perm), Sverdlovsk, Kemerovo regions and the Bashkir Autonomous Soviet Socialist Republic, all families of Greeks, Armenians, and Bulgarians in the amount of
38,455 people (of which: Greeks – 16,006 people; Armenians – 9,821; Bulgarians – 12,628). The official reason for the deportation was also proclaimed the participation of these peoples in helping the Third Reich.

In 1956, all deported peoples were rehabilitated; restrictions and the status of special settlers were lifted from them. Greeks, Bulgarians, and Armenians got the right to return to Crimea. However, for the Germans and Crimean Tatars, the ban remained.

Only on September 5, 1967, by Decree of the Supreme Soviet of the USSR No. 493, it was recognized that the facts of active cooperation with the German invaders of a certain part of the Tatars in Crimea were unreasonably attributed to the entire Tatar population.  And only on November 14, 1989 the Supreme Soviet of the USSR adopted a Declaration in which he condemned the deportation of the Crimean Tatars, recognized it as illegal and criminal. The mass return of the Crimean Tatars to their homeland began. In total, up to 270,000 Crimean Tatars returned. 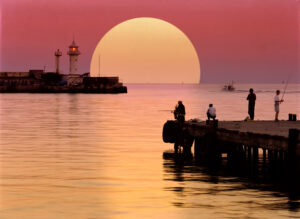 The mass deportation of the Crimean Tatar population was an illegal and criminal act. The punishment for cooperation with the Germans of individual representatives of the people was imposed on the whole people, including children, women, the elderly and even those who selflessly fought Nazism in the Red Army and contributed to the Victory. It should be noted that cooperation with the Nazis during the Second World War took place among all the peoples who fell under occupation, and it reached the largest scale among the Russians. Thus, more than 400,000 Russians served directly in the German Army in 1941-1945. However, after the war, the Russian people, unlike the Crimean Tatars, did not undergo mass evictions – repression affected only those who directly collaborated with the Nazis.  As we can see, the Stalinist principle of collective responsibility has been applied selectively.

On November 12, 2015, the Verkhovna Rada of Ukraine recognized the deportation from Crimea in 1944 as the genocide of the Crimean Tatar people and proclaimed May 18 as the Day of Remembrance of the victims of the genocide of the Crimean Tatar people. This day in our time is of particular relevance, because since 2014 Crimea has been under Russian occupation and more than 20,000 Crimean Tatars have been forced to leave their homeland, and those who remain are subjected to harassment and intimidation, as evidenced by numerous reports of international organizations.

Remembering the mournful anniversary of the deportation of the Crimean Tatars, we must remember those who died, were repressed, disappeared, whether in 1944, or during the re-establishment by Moscow of “order” in the annexed Crimea. Despite any challenges, this freedom-loving nation continues to fight for their rights and independence together with the Ukrainian people.