‘This Fragment Puts Pressure on My Head. It’s Unbearable Pain’

Vladyslav, 27, was injured in January 2015 when he went to a store in his hometown of Horlivka. Fighting was ongoing in the town, and a shell dropped a hundred metres from him. Since then, Vladyslav has been living with two fragments in his body. However, he cannot count on the status of a person with a disability caused by war because of imperfect legislation. We analysed why this happened, and whether the situation can be changed.

‘They sewed up the wound and removed fragments without painkiller’

Marharyta and Vladyslav (names changed at the request of heroes) used to live in Horlivka, Donetsk region. They had their own housing and job and were waiting for the birth of a child. However, the events of January 2015 changed their lives forever.

“On that day, Vladyslav went to a grocery store. And a shell hit the ground 100 metres from him,” Marharyta recalls.

That was yet another shelling. At the same time, two men were passing by. One of them was immediately beheaded. And another one got his stomach ripped open. Vladyslav, 27, was covered with a burst wave and thrown inside the store. He was wounded and heard nothing.

For a few seconds, already wounded, the man regained consciousness, saw a woman lying next to him and covered her face with his jacket. In an instant, the entire glass window was broken by the burst wave and fell on her.

“The jacket was made of genuine leather. It was a thick, warm winter jacket and it saved a woman’s life,” Marharyta says.

When the shelling ended, Vladyslav got up and went home. The neighbour saw that his legs were torn in blood. He took off his shoelaces and tied Vladyslav’s legs. In a surgery unit, fragments were removed and he was sewed up. There was no painkiller.

“Another fragment remained in Vladyslav’s chest. It has moved to the cardiac aorta over past six years, and it is unknown where it may move further,” Marharyta quotes doctors as saying.

For a long time, the couple collected all the documents to obtain the status of a person with disability caused by war. However, in April 2019, the interdepartmental commission examined Vladyslav’s application and rejected it.

The fact is that the man was wounded at a time when there was no precise definition of the territories not controlled by the Government of Ukraine. Therefore, all civilians who were wounded in the uncontrolled territories before 1 December 2014, as well as those who were wounded from 1 December 2014 to 5 May 2015 are not entitled to receive the status of a person with disability caused by war.

The UN High Commissioner for Human Rights estimates that between 7,000 and 9,000 civilians were injured in the conflict in eastern Ukraine in the period from 14 April 2014 to 15 February 2020.

Most of these people continue to live in places where fighting has taken place or continues to take place. Some of them have the status of a person with disability caused by a general illness and receive social assistance.

Since 2018, when the amendments to the Law of Ukraine “On the Status of War Veterans, Guarantees of Their Social Protection” came into force, the status of a person with disability caused by war has been granted to civilians. According to the Ministry for Veterans Affairs of Ukraine, only 148 people have managed to obtain this status since then. 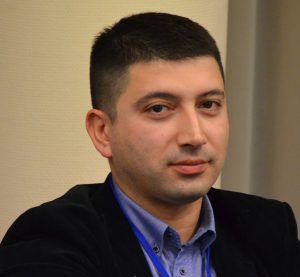 Lenur Kerimov, director of international programmes at the Helsinki Foundation for Human Rights in Warsaw, conducted a monitoring study on the right to social protection of civilians wounded in Donbas over the year.

He considers it a discriminatory practice that civilians like Vladyslav cannot receive the status of a person with a disability caused by war.

The Ministry for Veterans Affairs of Ukraine confirmed to us that in accordance with the legislation, persons, who were wounded in the territory not controlled by the Government Ukraine after 1 December 2014, are denied by the commission’s decision. There are currently 12 such denials.

Another reason for refusing to establish the fact of receiving wounds caused by explosives, ammunition, and military weapons in the territory of the Anti-Terrorist Operation / Joint Forces Operation is an incomplete package of documents that people submit to the commission. Of course, they have an opportunity to collect the papers missing, but if time passes and a person does not provide them, they are denied.

According to Lenur Kerimov, the procedure for obtaining the status of a person with a disability caused by war is generally incomprehensible to an average citizen. There is no coordination between the various government agencies that provide documents to establish the fact of receiving wounds caused by explosives, ammunition, and military weapons in the territory of the Anti-Terrorist Operation / Joint Forces Operation.

According to Tetiana Honcharova, chief physician of the regional centre of medical and social expert commission in the Donetsk region, the commission is carrying out explanatory work on the procedure for obtaining disability status for people who apply for help.

“All people who received gunshot wounds already have a disability group and need to be re-registered to obtain this status. We inform about the procedure for granting the status of a person with disability caused by war,” Honcharova said, adding that the medical and social expert commission in the Donetsk region received no appeals with a request to explain the procedure for disability re-registration over the past six months.

Kerimov believes that the Law of Ukraine “On the Status of War Veterans, Guarantees of Their Social Protection” should be amended to eliminate discriminatory provisions against persons injured after 1 December 2014 in the uncontrolled territory, as well as persons injured in the period from 1 December 2014 to 5 May 2015. This can be done without a radical change in the social assistance system in Ukraine, the expert said.

The draft law No. 1115 on the status and social protection of civilians affected by combat operations or armed conflicts clearly defines this category of civilians with social guarantees, social benefits, and medical treatment. The Ministry for Veterans Affairs notes that this bill needs to be finalised.

“We are interested and ready to work in this direction for the injured civilians to receive the appropriate status and package of social protection services,” says Ruslan Kuchuk, Deputy Director of Social Protection Directorate, adding that the implementation and further funding of the bill No. 1115 depends also on the Ministry of Finance, the Ministry of Reintegration of Temporarily Occupied Territories, and the Ministry of Social Policy.

Until changes to the law are passed or a new law is adopted, the only way out for Vladyslav and people like him is to stand up for their rights in court.

At the time of publication, it became known that the Kyiv District Administrative Court had considered Vladyslav’s case and upheld the claim in full, namely, found the decision of the interdepartmental commission illegal and ordered the commission to reconsider the application to recognise the wound. This is the first court decision in Ukraine that can set a precedent for future cases.