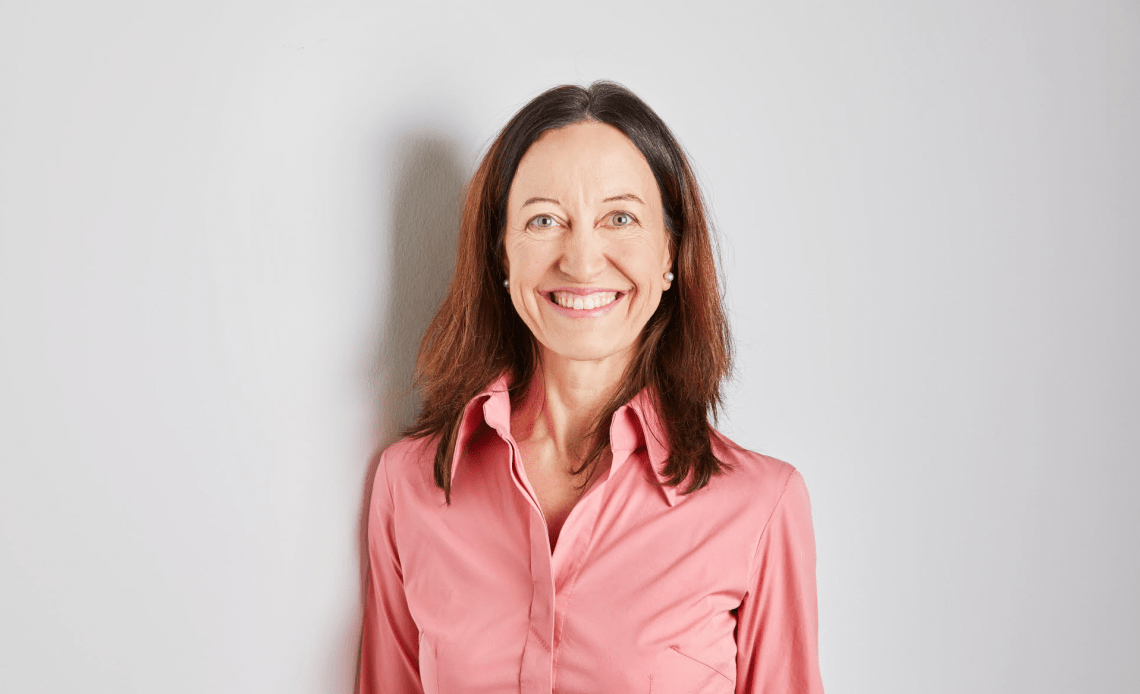 The European Union should have taken into account the context in which Nord Stream 2 was completed because the war in Ukraine and aggression from the Kremlin concern not only Ukraine but the whole of Europe. This is a personal opinion of German political analyst Miriam Kosmehl, Senior Expert at Bertelsmann Stiftung for Eastern Europe and European Neighbourhood Programm Europas Zukunft. She also told Promote Ukraine that the pipeline completion was not Kyiv’s defeat, made doubts about the effectiveness of the Steinmeier formula and spoke about the strange situation where Russia wants to organise a vote for parliamentary elections in the occupied Donbas.

Nord Stream 2 is going to start working soon. Can we say that it was a diplomatic failure of Ukraine and Zelensky’s presidency?

No, I don’t think so. I mean, this story started before Zelensky’s presidency. I do not see what he could have done differently beyond diplomatic efforts undertaken by him, his administration, and Foreign Minister Dmytro Kuleba. What I do find very interesting is that Kyiv did invoke the Association Agreement. One clause says that consultation is required on energy infrastructure, taking into account existing pipelines. This has been invoked for the first time. And I am very curious to see how this is going to be treated and further considered.

So, do you think that during the last two years of Zelensky’s presidency Ukraine made all possible diplomatic efforts to stop Nord Stream 2?

To a certain extent, to me, Nord Stream 2 and how it continued to overcome all obstacles is an enigma. The European Union itself made, in my view, enormous progress in the last years of reform and liberalisation of the natural gas market, particularly since the third energy package. So, I think that the EU’s energy policy is good. We now have to ensure that it is obeyed in letter and in spirit. And, speaking about Zelensky and his administration, whether they should have been more effective, I can ask: what about the EU? If I am not mistaken, even after this compromise, taking care of the disagreements between the US and Germany, a spokesperson of the European Union still said that Nord Stream 2 is not a project of common European interest. So, if we have these different opinions within the European Union and not a better way of solving this controversial issue between Brussels and Germany, between the US and Germany, it would be, I think, strange to expect some miracle from the Ukrainian administration in that respect.

What about the “greens” in Germany who are strongly against Nord Stream 2? Can they change the situation after the elections in Germany?

I don’t think so because Nord Stream 2 is due to be completed before the election. I do not know the specific contract with the companies involved, so I refer to the completion of the pipeline. The way it’s being used is another thing. Germany wants to make sure that Ukraine remains a transit country for Russian gas beyond 2024. I think Chancellor Merkel said this also to ensure that energy will not be used by Russia to put Ukraine in a difficult situation. We know that this is exactly what the Kremlin has been doing in the past, vis-a-vis not only Ukraine but also other countries. Let’s see. So far, it’s only an intent by Germany. There is a lack of trust already, which is understandable because of the way this whole project came about. I don’t see any insurance, anything that Ukraine could absolutely rely on because it is only an intent. And in the end, Germany would find itself being tested whether it supposedly puts its own interests behind other interests, probably.

But the “greens” have an understanding that this is not only about Ukraine but also about Europe, defending its own interests. Because what is, in my view, essential is the context in which Nord Stream 2, its completion, and this rapprochement between the US and Germany took place recently. I am talking about the war. It is a war with more than 14,000 dead. It has, I think, one of the largest masses of refugees, with roughly two million, and we have, in addition, aggression from the Kremlin that threatened and threatens the international order. This is something that concerns not only Ukraine but Europe.

It is significant that we in Europe defend what Russia attacks. In this context, with threats to Ukraine’s sovereignty and the international order, to put Moscow with this pipeline in a stronger position, is, in my view, a risk and not a good signal. This is something we all have to keep in mind because it is a response when we have a challenge, not only for Ukraine but also the future of relations between Europe’s east and west. This concerns, in my view, the future of Europe as a whole because it shows how we find appropriate responses to serious challenges that I have just described. And I am missing one aspect completely in this debate, protection of the global climate. Moscow is seeking foreign exchange revenues with its gas business, while it is covering its own energy needs with coal. Russia’s “Strategy 2035” for coal production plans a significant increase in coal production; new coal-fired power plants are being built. So, in that respect, too, Nord Stream 2 does not seem a strategically wise decision to me.

You know that Chancellor Angela Merkel wants Ukraine to incorporate the Steinmeier formula into Ukrainian laws. But Putin wants the same. Do you think it’s a bit dangerous for Ukraine?

I’m not aware that the Steinmeier formula back in 2016, while connecting free and fair elections and a special self-governance status, actually mentioned constitutional amendments as a Ukrainian obligation. I was astonished to hear Chancellor Merkel speaking about a transposition of the Steinmeier formula into Ukrainian law when President Zelensky visited Berlin in July.  It is these constitutional amendments for a special governance status that led to many protests, even deaths and injuries in Ukraine. I think the Steinmeier formula was intended back in 2016 to find a way out of the sequence of measures in the Minsk agreements. They include control of the border between Russia and the occupied territories, and giving control of this border back to Ukraine is last on the list, which, of course, is to the detriment of Ukraine.

This simplification formula is tempting for the Kremlin because it seems to imply, from Moscow’s perspectives, elections to Russia‘s advantage with the control they have on the ground with media, hybrid warfare and so on. And then afterwards, kind of like automatically, a fair share of authority with this special governance status. But this is not how it would work.

Also Zelensky, I believe, has used it to try to get over the deadlock in the Normandy format of negotiations, but he has made pretty clear that nobody in Ukraine is thinking of elections in an unstable situation with weapons and with pressure on the ground.

So, I do not think that the Steinmeier formula has worked or will work. It has been intended as a peace initiative, but it backfired because you cannot neglect the details. There is no shortcut. And you can only have, in my view, a theoretical discussion. Like, well, it will not be harmful because elections have to be free and fair and have to be approved as such by the OSCE; and this will not be done if there is an election at gunpoint, if there is no security, and so on. So, I think why it’s been so hotly discussed and instrumentalised is because there is no way around the important details and the sequence in a situation where there is a lack of trust. The problem is that there is no easy way out. And we cannot rely on the OSCE to ensure free and fair elections in such a situation, not because they do not have good intentions, but because of the factual challenges, hybrid warfare being one.

I think it was the previous Ukrainian Foreign Minister Pavlo Klimkin who said that his country needs a UN peacekeeping mission in Donbas in order to ensure elections. This is one option, but it will certainly not be just to organise elections now and have a situation that allows for free and fair elections. Somebody has said it would be a chance for the Kyiv administration to bring back the Ukrainian state into these territories. I believe this is naive because we still have a situation where the Kremlin pretends that there are no Russian regular troops in the occupied territories, that this is a civil war where Moscow only has an outside position. So, you cannot rely on fairness and serious interest in conflict solving; in Donbas we have in essence a conflict situation with hybrid interference.

I do not think this formula, despite its good intentions, will work. As far as I saw, it has only been another bone of contention and made things worse. In 2019, there was a poll by the well-known and recognised Kyiv Institute of Sociology. Two-thirds of respondents were unable to rate the Steinmeier formula altogether. So this is also, I think, an argument to conclude that it’s not a good solution if so many people don’t even understand what this formula means.

We can, of course, discuss a self-governance status, but decisions cannot be made quickly, cannot be made on Russia’s demands. And I also think it’s important to see that in Russia itself, President Putin has done away with local governance in the early years of his reign, going against the governors and going against federalisation that would give serious rights to governors. So, it is weird to expect this vis-a-vis another sovereign country, along with the Russian expectations that this would give the so-called Republics even a say in international affairs. So, it’s easy to say that this, federalisation, is a concept that is being instrumentalised.

This is a very tricky question. On the one hand, of course, people can vote abroad, nationals of a country I mean, across the world, if they are not in their own country. For example, Ukrainian citizens in Brussels can go to their embassy or use other means of voting if they are not in Ukraine at that time.

But I think in that particular situation, to give out Russian passports to people living in certain regions that Moscow aims to control, is something that has to be taken into account. How this is to be touched legally is beyond my experience.

So, it’s a tricky question. Also, because the Kremlin is giving out passports, and not only in Ukraine. This is also something Russia has been doing in Abkhazia, Transnistria, where it is purposefully destabilising the situation in another foreign country by giving out passports. It is part of hybrid warfare, too. So, I think this is certainly something that we have to take into account. We speak about hundreds of thousands, at least 200,000 Russian passports issued to Donbas residents alone. It’s not the usual situation, where you have Russian nationals living in another country and participating in a vote.