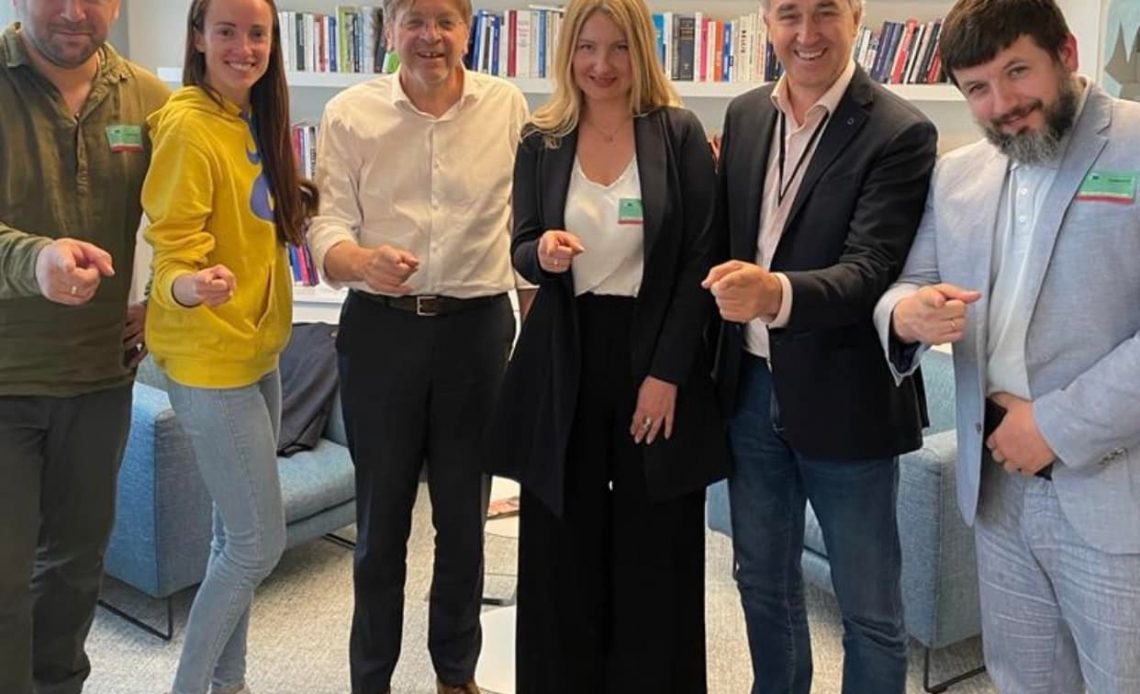 Today, a new fundraising campaign for protective equipment, #UkraineNeedsYou, has been launched by the liberals, democrats, and centrists of the European Union. It is a common project of Promote Ukraine and KOLO actively supported by the Members of the European Parliament Petras Auštrevičius and Guy Verhofstadt. Mr. Verhofstadt presented the initiative at the congress in Dublin.
We hope that many more politicians and influencers in Europe and beyond will join the campaign to raise funds for Ukrainian defence.