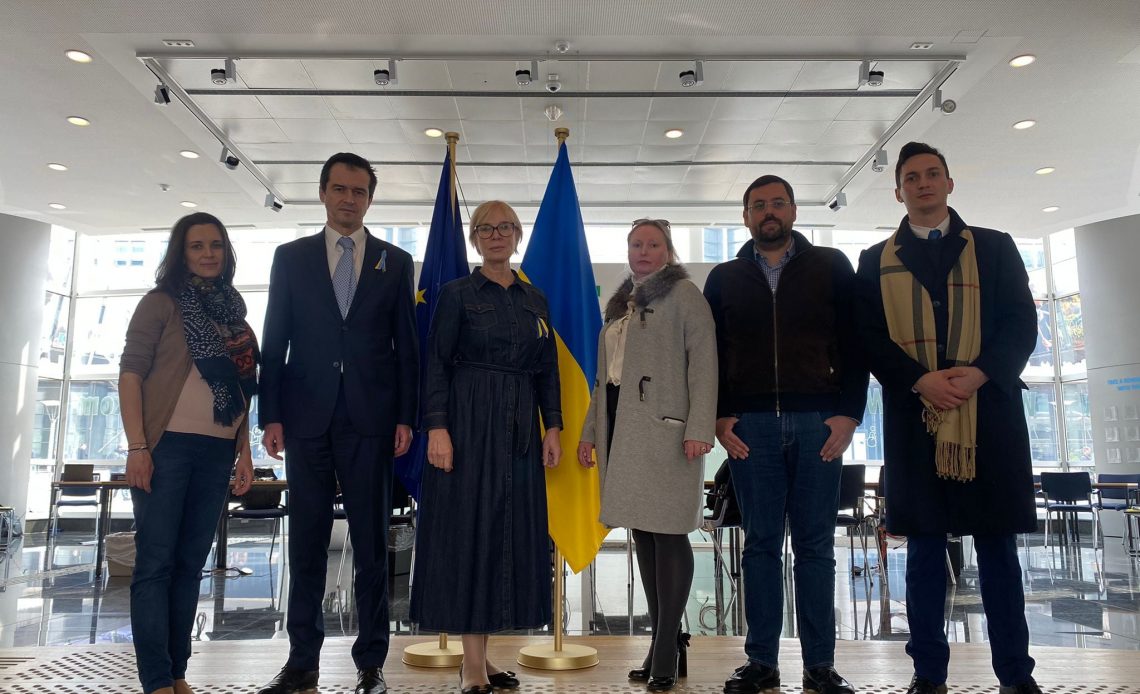 Today in the Ukrainian Hub in Brussels Ukrainian ombudswoman Lyudmila Denisova gave a press conference.
Ms. Denisova covered profoundly the main pain points in preserving human rights during the Russian invasion. Ukrainian civilians are being murdered with weapons officially prohibited by the Geneva convention, the amount of murdered children is more than 140 at the moment, Ukrainians are being kidnapped and forcefully relocated to russia, and humanitarian help to people in occupied towns is being blocked by the Russian occupiers.
All this should remind us once again what kind of enemy all the civilised world faces right now and that this enemy has to be stopped.