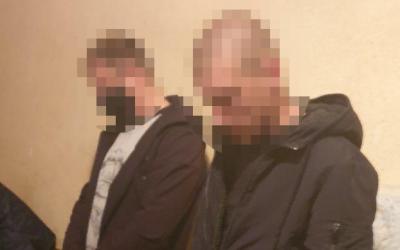 According to the DBR, according to preliminary information, the other day the operative in his office used torture on a woman who was summoned to the police station as a witness. He put a gas mask, handcuffs on her, and fired from a service weapon over her head. He then raped her several times.

In addition, law enforcement officers used physical force against the man, who was currently in the police station. Threatening the rape victim, police brought him to his knees, beat him on the head with truncheons, put on a gas mask, and fired a pistol over his head. As a result of these actions, the victim received fractures of the ribs and nose.

Currently, DBR investigators are preparing a report on the suspicion of detainees and are resolving the issue of choosing precautionary measures against them in the form of detention without the possibility of bail. Investigators are looking for evidence, as well as establishing the involvement of others in the crimes.

The head of the National Police of Ukraine, Ihor Klymenko, fired the suspected police officers, removed the management of the department from office, and disbanded the unit. In Kagarlyk, all police personnel will also be re-certified.