Ukraine has supported the UN’s call for a global ceasefire 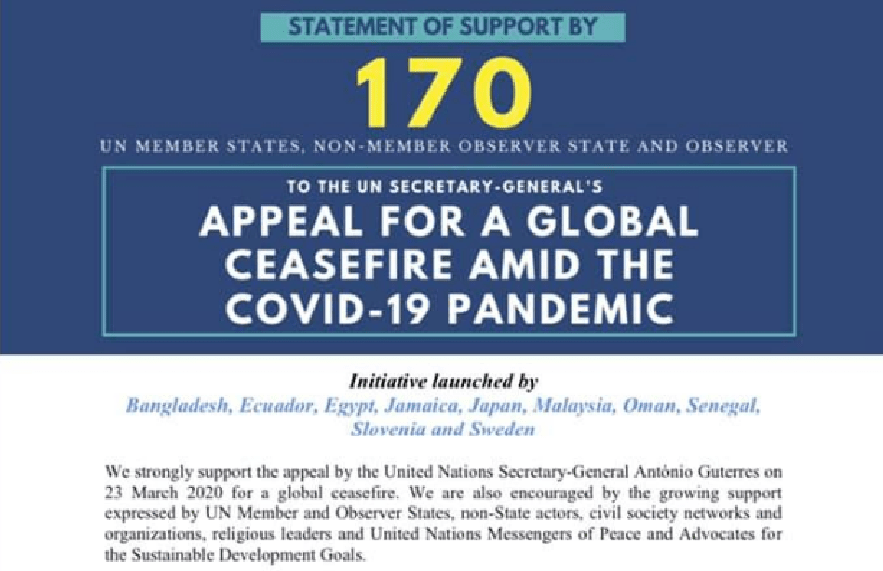 Ukraine has become the 170th country to support a call by United Nations Secretary-General Antonio Guterres for a global ceasefire. This was announced on its Facebook page by the Permanent Mission of Ukraine to the UN.

The appeal of the Secretary-General was published on March 23, 2020. Ukraine joined him almost two months later.

“We are deeply concerned about the continuing fighting in various parts of the world, especially in the context of the global health crisis, and the devastating impact of the war on those who remain most vulnerable, especially women and children,” the statement said.

The signatory countries firmly believe that multilateralism, the rule of law, dialogue, and diplomacy for peace are the basis for a peaceful settlement of any conflict.

“As we approach the 75th anniversary of the signing of the UN Charter, we call on all participants to do their utmost to respond to the Secretary-General’s request,” the statement said.