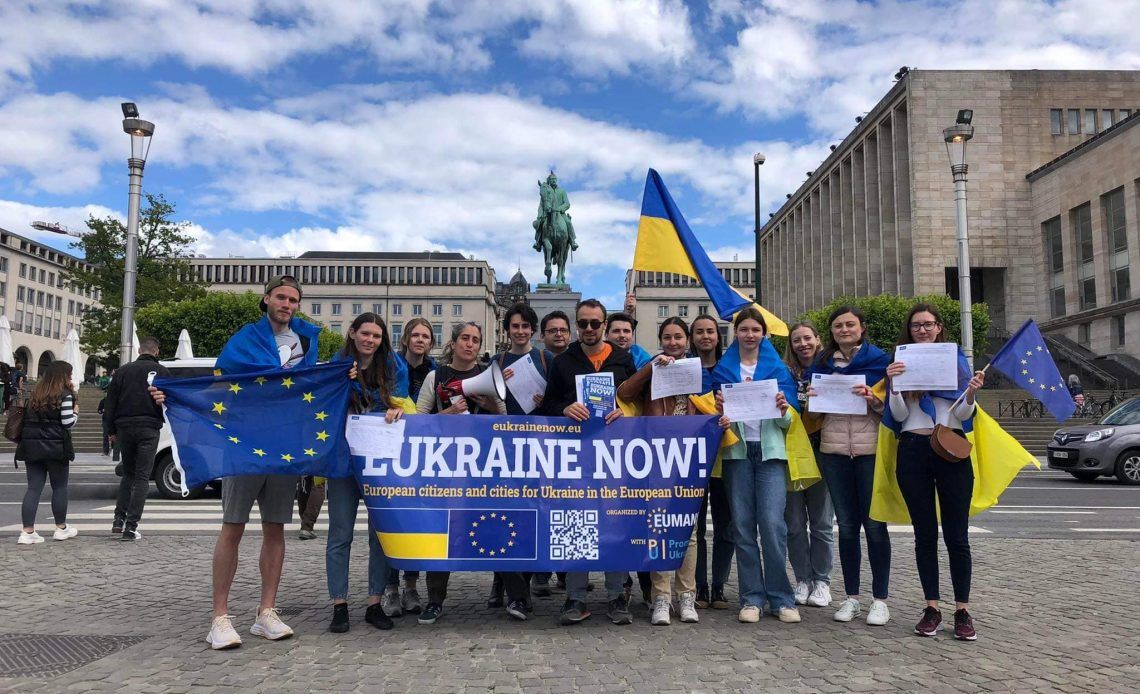 EUMANS, the movement of European citizens, founded by political activist Marco Cappato, along with Ukrainian communities united by NGO Promote Ukraine, became the main figures in a demonstration that was confirmed simultaneously in 10 European cities at 14:30 on 28 May. Ukraine’s accession to the EU was urged by collecting signatures on the appeal of EUkraine Now ahead of the European Council meeting in June.

“The heart of the European Union now beats in Ukraine. Already during the Orange Revolution in 2004 and EuroMaidan in 2014, Ukrainians made it clear that European values, democracy, and justice are the main elements of their society. Despite Russian propaganda aimed at destroying Ukrainian history and culture and attempts to penetrate its political elite through corruption, Ukrainians courageously continue to move along their European path. Today, when the country and its European values ​​are under attack, Ukrainians pay the highest price to protect them. Our citizens deserve to know that they will become part of the European Union. This will help win the war,” said Marta Barandiy, founder and president of Promote Ukraine.