Our country occupies «honorable» position in Europe on children’s alcoholism. According to the World Health Organization, Ukrainian youth between the age of 15 and 19 y.o. consumes alcoholic beverages more than their peers from other countries, namely – 53% of boys and almost 37% of girls. For comparison, just 27% of people aged 15-19 drink alcohol worldwide on average.

There is an article 304 of the Criminal Code of Ukraine: «Minors involvement in criminal activities, drunkenness, begging, gambling». But if one looks at the legal issues, everything won’t look so optimistic. For example, the State simply forgot about the children of age under 14 years, and the bill, which called for the penalties for the alcohol and tobacco purchase to children, was withdrawn in the Verkhovna Rada in 2018. Promote Ukraine asked experts about the problem of children’s alcoholism in Ukraine. 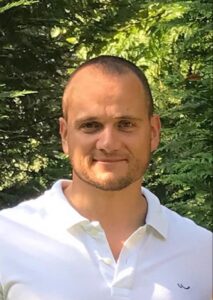 Let’s look at the photo to the article. This is a resuscitation department, where the intoxicated children were brought in. This is a place that will be remembered by children forever through the adults’ fault.

Unfortunately, nowadays Ukraine has no regulation that would call for the penalties for the alcohol and tobacco products purchase and transfer to children. While alcohol for children is being bought by the people passing by or their older acquaintances in more than half of the cases according to the statistics.

Meanwhile, our European aspirations are expressed in other manifestations – the legislator consistently focuses on «more global» matters, while the basic issues of child protection remain out of mind. There is article 304 of the Criminal Code of Ukraine: «The minors’ involvement in criminal activities, drunkenness, begging, gambling.» Sounds good, right? But if you look into the legal details, within which any investigation takes place, everything appears not so well.

Firstly, the article clearly states the responsibility for the involvement exclusively of children between 14 and 18 years old, so the children under 14 have been just forgotten.

Secondly, drunkenness means the repeated use of alcohol by a child. Correspondingly, according to the existing legislator’s logic we have to prove the active actions execution repeatedly on the child soldering (e.g. alcohol pouring), or expect until the child gains a painful addiction to alcohol. If a person buys and simply passes alcohol to a child regularly, it is impossible to punish him.

In 2018, a bill, which provided the introduction of the penalties for the alcohol and tobacco purchase to children, was registered in Verkhovna Rada. Though on the 29th of August, on the eve of the 1st of September, which looks quite symbolically, the bill was withdrawn, so the protection of this segment remains without proper attention still.

Olga Shevchenko, Judge of the Dnipropetrovsk region Upper-Dnipro District Court
Regarding the legal status of a child in criminal proceedings, the Criminal Procedure Code of Ukraine (the Article 3, the part 1, the paragraph 12) states clearly that a minor means a minor and as a child between the age of 14 and 18, i.e. any person under the age of 18 years.

Therefore, according to the Criminal Code of Ukraine (the article 304) criminally punishable violation is the involvement in drunkenness (repeated alcoholic beverages consumption) of any person under the age of 18 years. The legislation defined this crime as serious and punishable by up to seven years in prison.

However, the prosecuting cases number of this crime perpetrators is negligible. For example, since the beginning of 2019 only one court verdict happened in the Unified State Register of Judgments, according to which a person has been accepted guilty of involving a minor in drunkenness.

In my opinion, the main reason is that such crimes are not actually reported to the police, because the victims are involved in drunkenness usually either by adult friends or relatives.

Law enforcement agencies, in particular the police, may (have the authority) to identify independently such facts, enter the information about these crimes in the Unified Register of pre-trial investigations, in order to bring a perpetrator to justice. However, the problem, as well as in other categories of criminal cases, is an issue of proof.

If the accused person and the victim deny the fact of the crime, under the absence of other relevant and admissible evidence (testimony of witnesses, expert opinions, video from surveillance cameras, etc.), it will be extremely difficult to bring the perpetrator to justice.

Why do teens around the world drink alcohol?

Experts on alcohol dependence consider a self-affirmation to be the main reason for alcohol consumption by teenagers. According to the Swiss Institute for Combating Alcoholism research, the majority of adolescents are motivated to drink alcohol by the desire to assert themselves among peers: Germany – 56.9%; France – 52.1%; Italy – 65.8%.

According to the narcologist Igor Grishchenko, the impetus of alcohol consumption can lay the most often in a family or a society in which a teenager was growing. For example, if a family decides to open a bottle for any reason, the child will perceive subconsciously any holiday to be an occasion to drink. Unfortunately, it also happens that a baby in a womb receives a large amount of alcohol. Then it becomes a hostage of alcohol dependence involuntarily.

The society also plays a secondary role. The hidden advertising is everywhere: on the Internet, in newspapers and magazines, without mentioning the bright posters on streets. Alcohol products sales are also not far behind. Many bottles, which are sold at any time of a day, can be purchased even if a teenager is not even 18 years old.

The problem can get worse when a teenager gets into a suspicious company somehow. Peer ridicule is taken much more seriously than a danger to one’s own life and health. The teenager begins to use alcohol, tobacco, and drugs just to be perceived «cool» and similar to others. And the formation of a stable diagnosis of «child’s alcoholism» is a matter of 3-6 months of regular alcohol consumption.

18-19 years old is the average age after which one is allowed to buy and drink alcohol (depending on the province). For selling alcohol to a child or for helping to buy alcohol, the perpetrator faces penalties of up to $ 200,000 or up to a year in prison.

The alcohol monopolists and the companies face a $ 500,000 penalties and the license withdrawn for the law violation.

The punishment for alcohol selling to the persons under 18 years of age concludes in the imprisonment from 3 to 6 months.

Involving of a minor in alcohol consumption is a more serious offense than selling alcohol to a minor. Thus the alcohol seller is strictly obliged to be convinced of a buyer age on the base of his identity card.

For the alcohol and cigarettes sale to minors, both the seller and the company can be charged. In case of the law violation, a seller is charged from 280 to 350 euros, the company – from 700 to 1,400 euros.

The municipal police are allowed to conduct on-site inspections without warning to monitor the trade violations. Moreover, the police officially involve teenagers aged 15 to 17 years for control purchases with the permission of both parents.

The children involvement in an alcohol usage in any active form is punishable by up to 6 years in prison.

At the same time there is a state monopoly on the alcohol sale and the restrictions on advertising of the excise goods and higher taxes on it. For example, the tax rate on spirits amounts to 5,.1%. These funds are spent on the maintenance of clinics for addicts, their treatment, and prevention measures.

Any action of the alcohol transfer to a teenager or the provision of any items dangerous to his health shall be punishable by a penalty or imprisonment.

These can be alcoholic beverages and other substances such as tobacco or energetic drinks. The term of imprisonment can last from 3 days to 3 years, while  the maximum penalty can reach 40,000 francs.