Ukraine-OSCE: Pro-Russian Militants to Strength Their Positions in Donbas 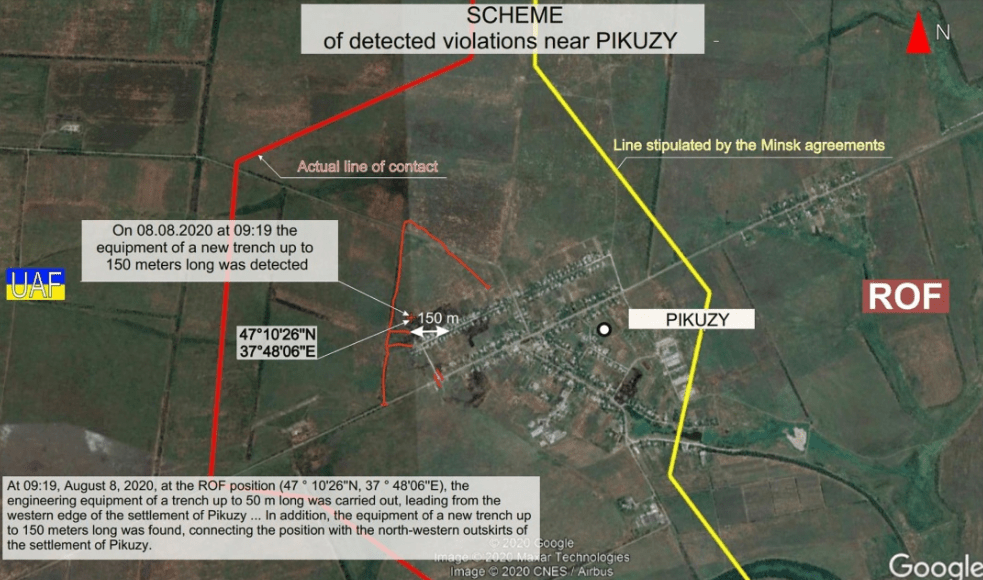 Pro-Russian militants in Donbas committed 70 violations of the “silence” regime, using banned drones 16 times from 27 July to 6 September. In addition, 17 cases of engineering updating and strengthening the positions were fixed.

Igor Lossovsky, Deputy Permanent Representative of Ukraine to International Organizations in Vienna,  announced this during a meeting of the OSCE Forum for Security Co-operation.

During the meeting, the Ukrainian side showed the delegations of 57 OSCE participating States the evidence of the Russian occupation forces activities in Donbas aimed at the strengthening of their positions.

In particular, such activities were recorded in the area of ​​settlements Vodiane, Shiroka Balka, Novotoshkivske, Molodizhne, Maryinka, Avdiivka, Donetsk, etc.

To recap, the Tripartite Contact Group agreed on a complete and comprehensive ceasefire on the demarcation line starting from 27 July 2020.

The agreement provides for a ban of any type of aircraft weapon usage by the parties. It also does not allow to change the positioning of troops and additional engineering updating of the positions. The Ukrainian military has officially stated that the pro-Russian militants have violated the “silence” regime.